Herbert Sutcliffe, Clarrie Grimmett, Victor Trumper, Wasim Akram and Steve Waugh were inducted into the Hall of Fame, bringing the total number of players in that exclusive club to 60. 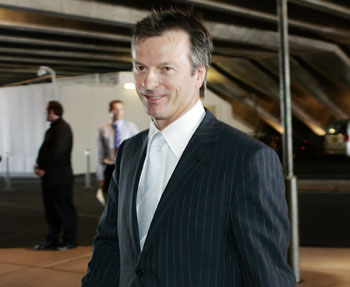 Upon hearing the news, Steve Waugh said: "It is a great honour to be inducted into the ICC Cricket Hall of Fame and to see my name feature alongside such greats of the game, including the likes of Don Bradman.

"To be named in the new five inductions this year alongside fellow Australians Victor Trumper and Clarrie Grimmett is something I wouldn't have imagined for myself when I first started playing for Australia.

"I'm extremely grateful to know I was voted in by the current living members of the Hall of Fame and to see myself alongside the likes of so many other cricketing heroes is something I am very proud of."

Wasim Akram said: "This honour is the perfect icing on the cake of a decent career. It is a great feeling to know your contribution and achievements in this fascinating sport are being acknowledged in such a way.

"When I started playing cricket, it was my dream to play with stalwarts like Imran Khan and Javed Miandad. And now, to be put in the same group, which also includes legends who were inspirational and role models for every cricketer, is extremely special.

"Matches against India have always been the most memorable ones for me, especially our victory at Chennai in 1999 where more than 40,000 spectators gave us a standing ovation. Victory at Melbourne in the 1992 World Cup in front of 88,000 spectators and the reception we received upon our return is something I'll cherish for the rest of my life.

"I am delighted and honoured to have represented my country for 18 years. I thank all my mentors, family members, fans and team-mates for helping me to join the galaxy of real superstars in this ICC Cricket Hall of Fame."

Herbert Sutciffe's son, John, said: "My dad would have loved this award and reveled in it. He was a great player who had a Test average up there with the very best members of the Hall of Fame. There's no doubt he would have been delighted with this honour."

Clarrie Grimmett's son, Vic, said: "I'm tickled pink! It was a brilliant surprise to receive this news. Dad was quite shy and reserved, but he was a lovely man who would have been delighted with this award. This is very special."

Speaking about his grandfather, Victor Trumper III said: "I read everything about my grandfather in his memorabilia. He achieved some great things in his personal and cricket life. He led a very selfless life and never chased fame but took great pride in what he achieved."

A rigorous process is followed when selecting new inductees to the ICC Cricket Hall of Fame. First, a long list of nominations was collated from names provided by all the current living members of the ICC Cricket Hall of Fame (of which there are 33) along with the ICC management. The long list was then broken down into a short-list of 10 names by the nominations committee.

The short-list of nominations was then sent out to the ICC Hall of Fame voting academy where voters were asked to choose their top five inductees, awarding five points to their first choice, four to their second and so on.

ICC President David Morgan said: "In the long history of our great sport there have been a number of players who have excelled above their peers and the ICC Cricket Hall of Fame is a way of acknowledging that enormous contribution they have made to the game.

"The pleasure and entertainment those greats have provided to generations of cricket supporters down through the years must not be forgotten. This Hall of Fame is a good way of doing that and it will be one of the lasting legacies of this ICC centenary year.

"I would like to congratulate Wasim and Steve as well as the families of the other three inductees for their achievements. They can rightly take their place among the giants of the game."

The ICC Hall of Fame initiative forms part of the ICC's centenary celebrations which are focused on celebrating the unique heritage of the game and cricket's enduring spirit.