Statistical highlights on Day four of the opening cricket Test between India and Sri Lanka at Eden Gardens, in Kolkata on Sunday. 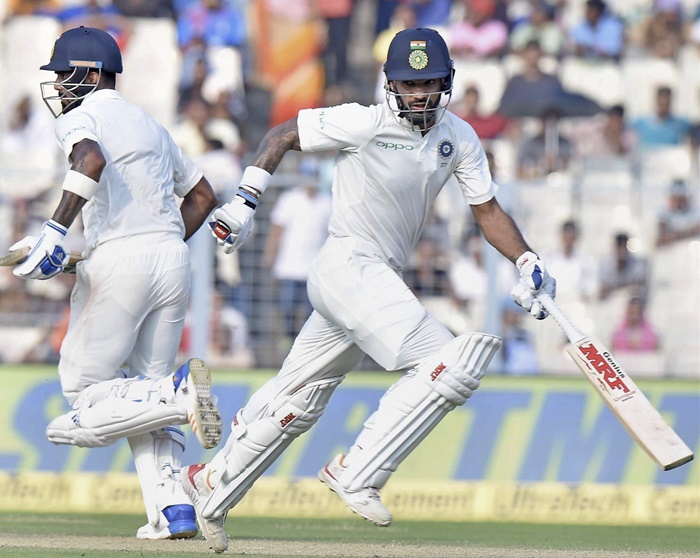 IMAGE:  India’s Shikhar Dhawan and KL Rahul cross for a run during Day 4 of the first Test math against Sri Lanka at Eden Gardens in Kolkata on Sunday. Photograph: Ashok BhaumikAshok Bhaumik/PTI

# Since posting 187 on Test debut vs Australia at Mohali in March 2013, Shikhar Dhawan (94) has posted his highest score in Tests in India. In his previous 12 innings on Indian soil, his highest score was 45 not out vs South Africa at Bengaluru in November 2015.

# Dhawan's fourth fifty in Tests (apart from six hundreds) is his first against Sri Lanka.

# Dhawan has been dismissed in the nervous nineties in Tests for the second time - the first instance being 98 vs New Zealand at Wellington in February 2014.

# Shikhar Dhawan's 77.75 batting average of 77.75 is the highest among the Indian players with at least 600 runs vs Sri Lanka in Tests - his tally being 622 runs in eight innings (five Tests), including three centuries and a fifty.

# Almost after 7 years, an Indian pair has recorded a century stand for the first wicket in the second innings in Tests. Gautam Gambhir and Virender Sehwag had shared a stand of 137 vs South Africa at Centurion in December 2010

# The 166-run stand between Rahul and Dhawan is India's second highest opening partnership at Eden Gardens, Kolkata next only to the 191 between VVS Laxman and Navjot Singh Sidhu vs Australia in March 1998.

# Ravichandran Ashwin (8 overs) and Ravindra Jadeja (1 over) have bowled nine overs - the least bowled by Indian spinners in the first innings of a home Test, surpassing the 16 bowled against West Indies in the 1987-88 Delhi Test.

# For the first time in Tests, Rangana Herath has recorded a fifty while batting as number nine batsman - 67 off 105 balls.

# Herath (67) recorded his highest score in overseas Tests, bettering the 61 vs England at Chester-le-Street in May 2016.

# Herath's only other half-century in Tests is an unbeaten 80 vs India at Galle in July 2010.

# Herath became the first number nine batsman to register a fifty vs India at Eden Gardens, Kolkata. With his excellent knock, he has equalled a Sri Lankan record for the highest innings by a number nine player vs India. Muttiah Muralitharan had posted 67 at Kandy in 2001.

# Bhuvneshwar (4/88) has recorded his second best bowling figures in a Test innings on Indian soil - his best figures remain 5 for 48 vs New Zealand at Eden Gardens last year. 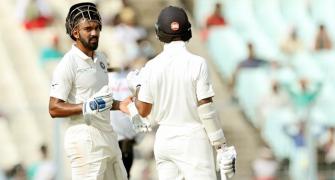 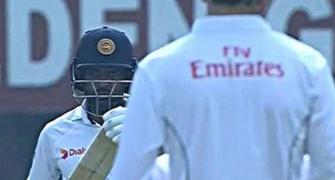 Is it okay for batsmen to consult with team on DRS? 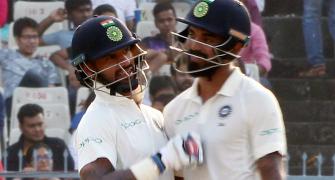 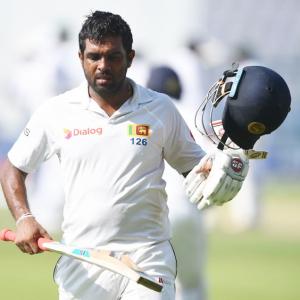 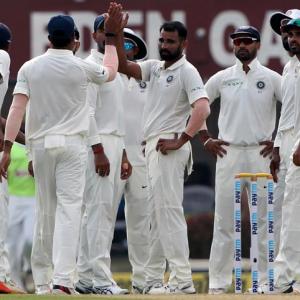