Ravindra Jadeja struck a fifty to give India a handy first innings lead before returning to claim three Australian wickets in the fourth and final Test in Dharamsala on Monday. 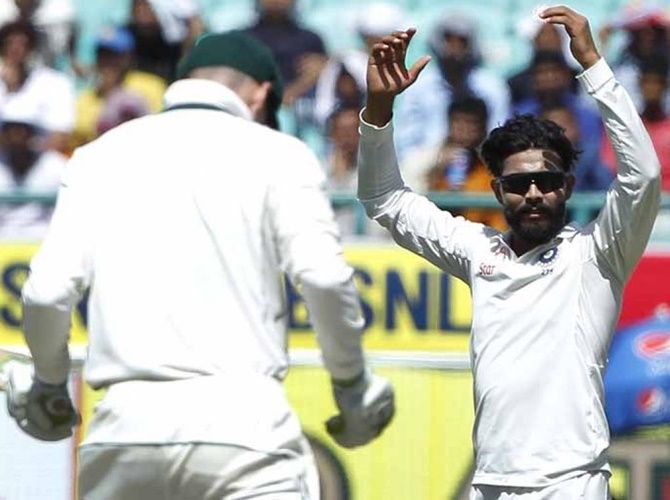 Number of fifties Ravindra Jadeja has scored in his Test career. Six of them have come in 2016-17 season.

Number of wickets Ravindra Jadeja has taken in Test cricket – most by any left-arm bowler in the first 30 Tests. Australia’s Mitchell Johnson had taken 137.

Number of wickets taken by Umesh Yadav in the series – most he has ever managed in a series. Among all Indian pacers only Kapil Dev has taken more wickets against Australia in a home series – 28 in a six-match series in 1979-80.

Average runs contributed by the seventh wicket for India in the series. Only second wicket stands produced more runs (53.16) for India.

Per cent of Shaun Marsh’s Test innings have been in single digits only – 17 out of 42.

Number of times Australia had been bundled out for less than 150 twice in the same series by India before the current series. Australia’s 137 today followed 112 in the second innings of Bangalore Test.

The lowest fourth innings target India have failed to chase at home – vs Pakistan at Bangalore in 1987, losing by 16 runs. India are chasing 106 in this Test.