Statistical highlights from the third day's play of the first Test between India and Sri Lanka. 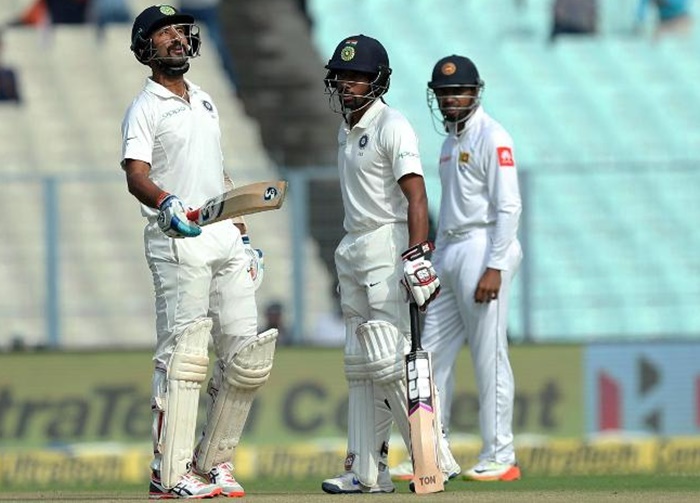 # Cheteshwar Pujara (52) has registered his first fifty (apart from three hundreds) vs Sri Lanka in Tests -- his 16th overall.

# Pujara has become the first Indian batsman to race to 900 runs this year in Tests -- his tally being 903 at an average of 69.46 in nine Tests, including three hundreds and five fifties.

# India's score of 172 is their second lowest total vs Sri Lanka in Tests on the Indian soil, next only to the 167 at Chennai in December 2005.

# Dilruwan Perera (2/19) has produced his best bowling performance vs India in Tests, obliterating the 1 for 67 at Galle in July this year.

# Lahiru Thirimanne's fifth fifty in Tests is his second vs India. His first fifty against India was 62 off 168 balls at Colombo (PSS) in August 2015.

# Angelo Matthews has posted his 28th fifty in Tests -- his fourth vs India.