Dhoni has registered 196 sixes in ODIs, setting an Indian record, bettering the 195 by Sachin Tendulkar.

Kohli, with 14 hundreds in successful chases in ODIs, has equalled Tendulkar's record. 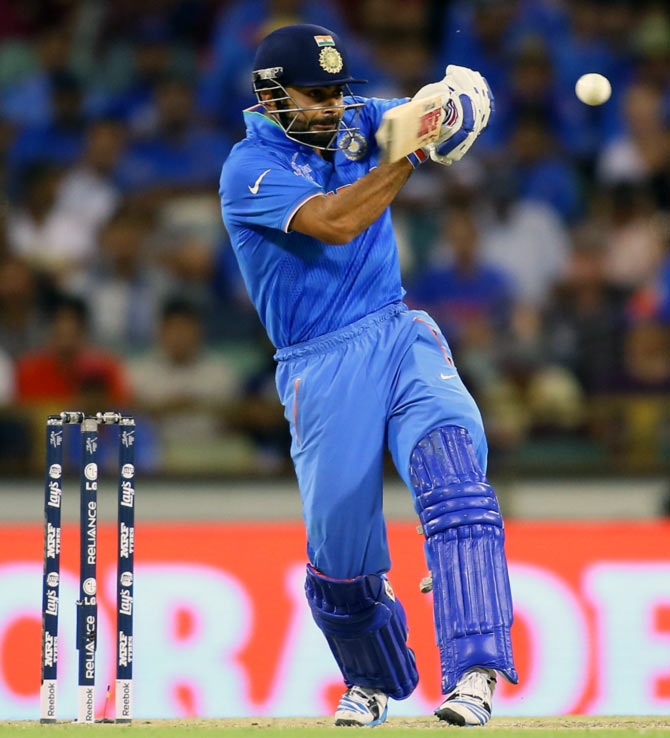 Statistical highlights of the third ODI between India and New Zealand in Mohali on Sunday.

# India have won nine and lost five out of 14 ODIs played at Mohali - winning percentage 64.28.

# James Neesham and Matt Henry were associated in a stand of 84 - New Zealand's highest ninth-wicket partnership in ODIs, eclipsing the 83 between Kyle Mills and Tim Southee vs India at Christchurch on March 8, 2009.

# The aforesaid partnership is the second highest ninth-wicket stand by any pair in ODIs vs India next only to the 115 between James Faulkner and Clinton McKay for Australia at Bangalore on November 2, 2013.

# Jadhav's impressive average of 7.66 (six wickets in three matches) in the current series is outstanding.

# Matt Henry (39 not out) has registered his highest score vs India in ODIs - his second highest overall next only to the 48 not out vs Pakistan at Wellington on January 25, 2016.

# Tom Latham is the first New Zealand batsman to post five fifties in international cricket on the present tour.

# Latham's sixth fifty in ODIs is his second vs New Zealand. All his seven fifty-plus innings, including a hundred, in ODIs have been recorded away from home.

# Latham has registered four fifties in a losing cause in ODIs.

# Jamesh Neesham (57 off 47 balls) has posted his career-best score and his maiden half century in ODIs, eclipsing the 42 not out vs Sri Lanka at Dambulla on November 16, 2013.

# Virat Kohli and Mahendra Singh Dhoni were involved in a stand of 151 runs - India's second highest for the third wicket vs New Zealand in ODIs next only to the 158 between Mohinder Amarnath and Navjot Singh Sidhu at Sharjah on March 27, 1988.

# The above partnership is the first century stand for the third wicket for India in ODIs at Mohali.

# Virat Kohli has received his 22nd Man of the Match award in ODIs - his second against New Zealand - his first MOM award vs New Zealand was for scoring 105 at Guwahati on November 28, 2010. 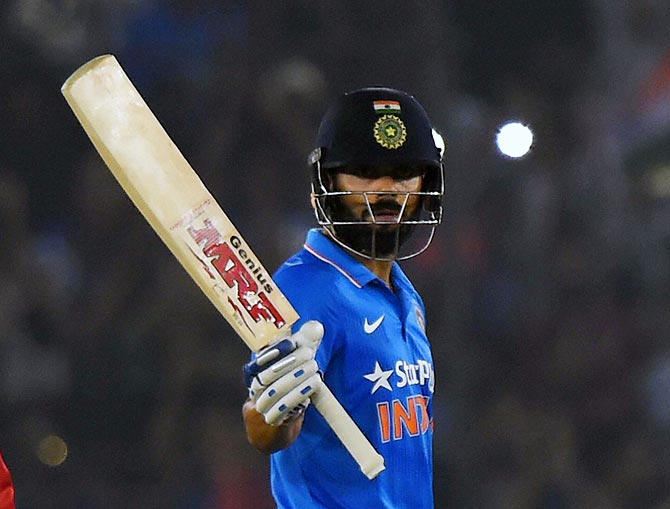 # Virat has taken 166 innings for his 26 hundreds – the quickest among the players with 26 centuries or more in ODIs.

# Virat has recorded 22 centuries in a winning cause in ODIs. Only three batsmen have registered more hundreds in wins - Tendulkar (33), Ponting (25) and Jayasuriya (24).

# Kohli, with 14 hundreds in successful chases in ODIs, has equalled Tendulkar's record. His overall tally of 16 hundreds batting second is the second highest next only to Tendulkar's 17.

# Kohli is averaging 90.10 in successful chases while amassing 3514 runs in 62 ODIs - the highest average among the batsmen with 2500 runs or more. 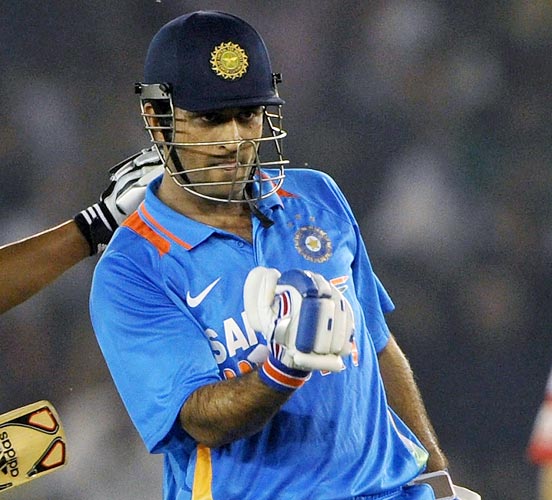 # Dhoni's sixth fifty vs New Zealand is his 61st in ODIs.

# Dhoni has registered 196 sixes in ODIs, setting an Indian record, bettering the 195 by Sachin Tendulkar. 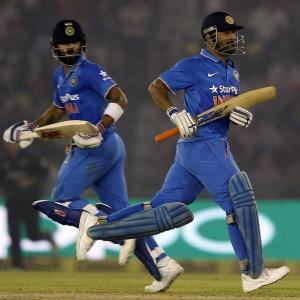 Kohli is certainly amongst the best: Dhoni