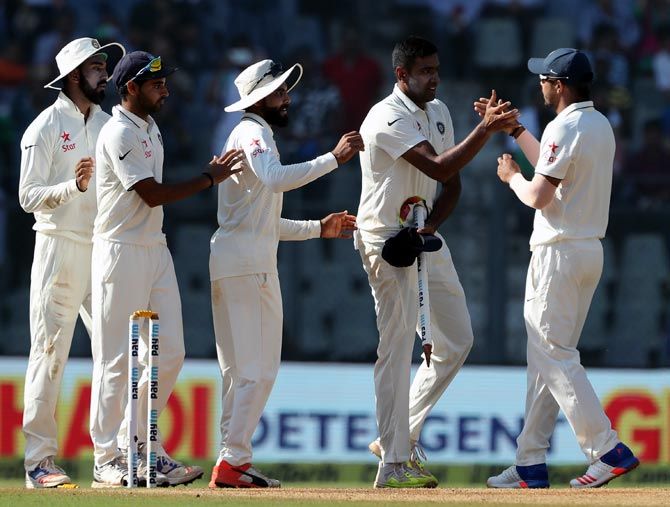 IMAGE: Ravichandran Ashwin celebrates with teammates after the wicket of James Anderson as India win the fourth Test against England in Mumbai. Photograph: BCCI.

Ace off spinner Ravichandran Ashwin on Monday wrecked havoc and clinched yet another five-wicket haul as India defeated England by an innings and 36 runs on the final day of the Mumbai Test at the Wankhede Stadium.

This is only the third time a team batting first has made 400 and then lost by an innings.

24     Number of balls Ashwin needed on the fifth day to take four wickets to wrap up England’s innings.

17     Number of consecutive Tests played by India without losing one between 1985 and 1987 – their longest streak without a defeat. With Sunday’s win Kohli-led India have equalled that record.

3       England provided only the third instance of a side losing a Test by innings after making 400 in first innings of Test. The other two teams to suffer this fate are – England vs Australia at The Oval in 1930 and Sri Lanka vs England at Cardiff in 2011. 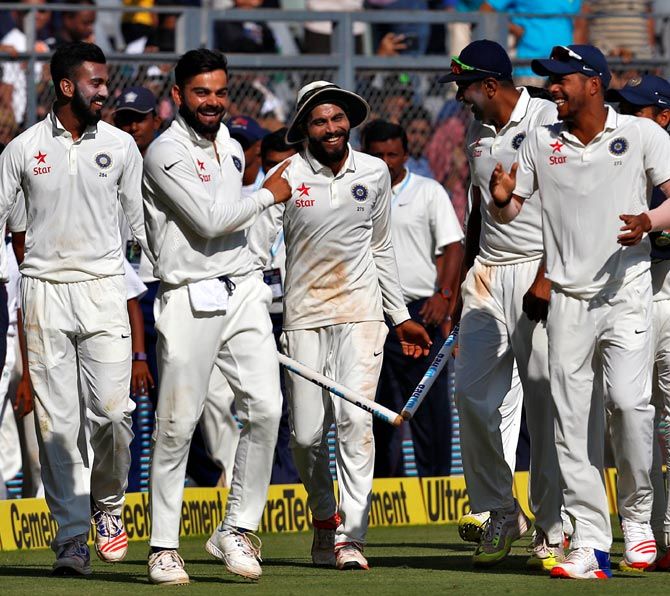 7       Number of times Ashwin has taken 10-wickets in a Test. Only Anil Kumble (8) has taken more for India, having played 89 more matches than Ashwin.

24     Number of times Ashwin has taken 5-wickets in an innings – most for any bowler since Ashwin made his Test debut (in November 2011).  Sri Lanka’s Rangana Herath is second in this period, with 22 five-wicket hauls.

247   Ashwin’s wicket-tally at the end of this Test- the highest for any bowler after first 43 Tests. Dennis Lillee and Waqar Younis shared the previous record with 222 wickets each. Interestingly the previous Indian record at this stage of career was held by Harbhajan Singh, with 189 wickets. 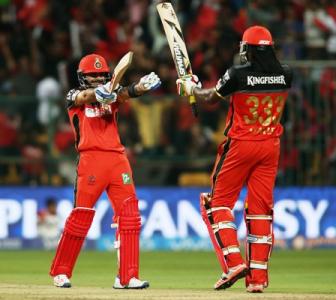 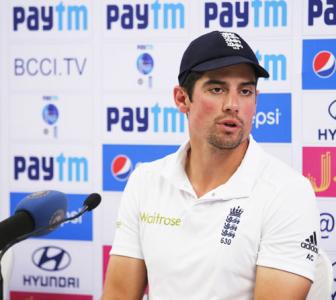 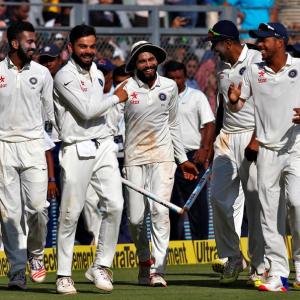