Bhuvneshwar Kumar picked up five wickets in a fine display of seam bowling to floor New Zealand after Wriddhiman Saha's battling half-century helped India reach 316 on the second day of the second Test at Eden Gardens, in Kolkata, on Saturday.

Check out the statistical highlights on Day 2 of the second Test between India and New Zealand. 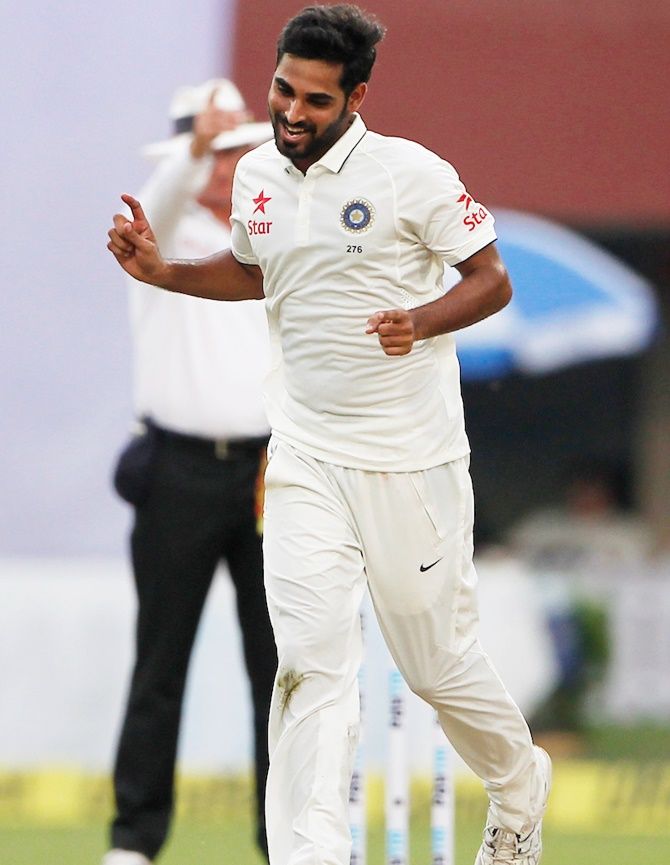 # Kumar has registered four five-wicket hauls in Tests -- two vs England and one each vs New Zealand and West Indies.

# Ramakant Desai, Javagal Srinath and Bhuvneshwar are the three Indian fast bowlers to have achieved the feat in Tests at home vs New Zealand. # Wriddhiman Saha and Ravindra Jadeja were involvedin a stand of 41 -- India's highest eighth wicket partnership vs New Zealand at Eden Gardens, Kolkata, eclipsing the 37 between Jayasinghrao Ghorpade and Chandrakant Patankar in 1955-56.

# Saha (54 n.o.)posted his highest Test score at home surpassing 36 vs South Africa at Nagpur in February 2010.

# New Zealand's first three batsmen scored 15 runs -- Martin Guptill 13, Tom Latham 1 and Henry Nicholls 1. The aggregate is their second lowest in the first innings of a Test vs India. In the 2003-04 Ahmedabad Test, the top three batsmen had managed 14 - Mark Richardson 6, Lou Vincent 7 and Stephen Fleming 1.

# The least runs scored by the top three batsmen from any team vs India in the first innings are 1 for West Indies at Port of Spain in March 1983 -- Gordon Greenidge 0, Desmond Haynes 0 and Vivian Richards 1.

# The runs' tally by the openers in the first innings from both sides produced 24 runs -- the least in the Kolkata Test, surpassing the 32 in the India-West Indies Test in December 1983. 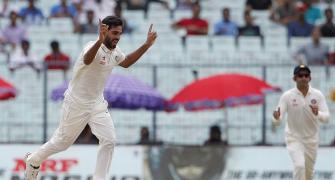 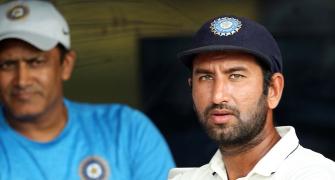 Pujara down with flu but will bat at his usual position 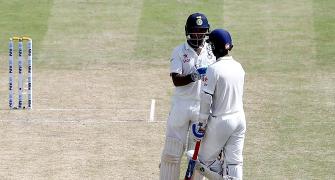 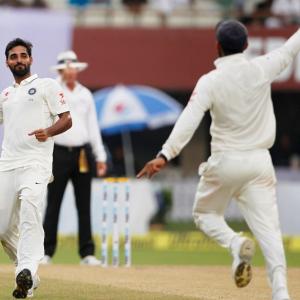 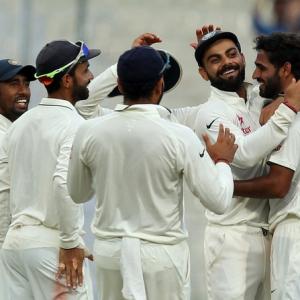 Bhuvneshwar wrecks Kiwis with fifer, India in control on Day 2