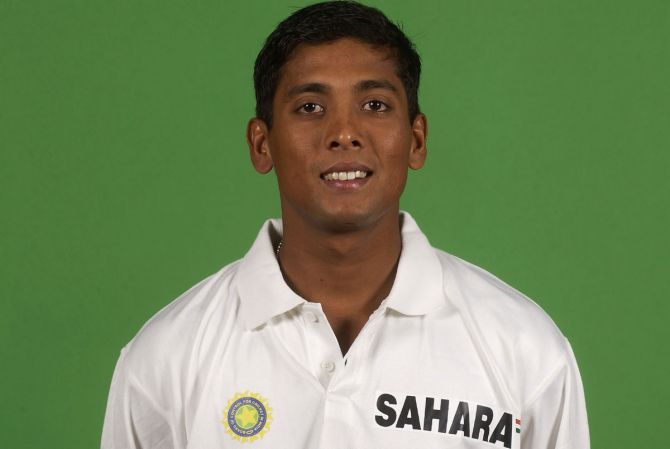 Former India opener Shiv Sunder Das has been appointed the batting coach of the Indian women's team for the tour of England and he is looking forward to use his coaching stint at the National Cricket Academy to guide the youngsters during the trip.

"It will be good experience and I am looking forward to it," the 43-year-old former Odisha skipper said.

He has honed his skills as a batting coach at the NCA under Rahul Dravid's guidance, which he believes will help him while trying to solve the technical problems of the batters in the Indian team.

"I have been part of NCA for last 4-5 years and have been batting coach for last couple of years. I would like to thank Rahul Dravid and Sourav Ganguly for giving me this opportunity," said Das.

"I don't think there is a lot of difference and at the end of the day, you impart your knowledge, and work with players. You contribute to their success and be ready to solve their cricketing issues when they require you. My responsibility is to make them well prepared and match ready."

Das was a part of the Indian team that toured England under Ganguly in 2002 and scored 250 in a first-class tour game.

"That was my highest score in England on that tour," he recalled.

Das believes that his experience of having played years of league cricket in England will also prove to be very helpful.

"It will help that I have played a lot of cricket in England, including international cricket and league cricket. I know the conditions and those experiences I will share with them.

"A few of them have toured England multiple times and they have a bit of experience. Whatever time we have, we will see how many training sessions we get and make sure we use them properly," he said.

The women's team will be playing a Test match after a long time but the new batting coach is confident that with senior pros like Mithali Raj and Jhulan Goswami in the side, adapting to conditions won't be very difficult.

"The girls will be excited as they are getting an opportunity to play a Test match after a long time and it's a good initiative that they are playing the longer format.

"Jhulan and Mithali have played a lot of international cricket and they will easily adjust to it and it is a good time for young players as it gives opportunity to learn the art of building an innings or bowl a lot of overs, which is good for overall growth as a cricketer," he said.

Dravid may travel to Sri Lanka with Indian team

The BCCI wants NCA head Rahul Dravid to monitor the second-string India squad that is supposed to play six white-ball matches in Sri Lanka in July.

Since Dravid took over as NCA head, the India A team or second-string sides have had coaches from NCA who have been rotated with Paras Mhambrey, Abhay Sharma, Sitanshu Kotak all managing India A and India Under-19 teams.

"There is a possibility that Dravid might travel to Sri Lanka. We will get to know soon," he said.