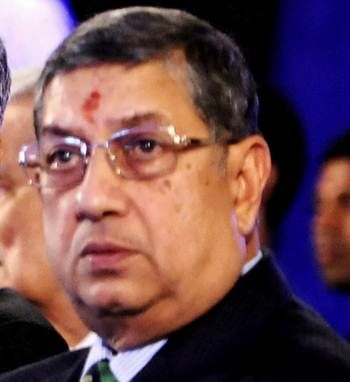 Narayanswami Srinivasan suffered a major setback on Thursday as the Supreme Court barred him from contesting any election of the Board of Control for Cricket in India on grounds of conflict of interest.

The country’s apex court also set up a judges committee under a former Chief Justice of India to decide on the punishment in the Indian Premier League scam that could threaten the future of the Chennai Super Kings and Rajasthan Royals franchises.

Delivering its long-awaited verdict, the court held that the allegation of betting against Gurunath Meiyappan, a Chennai Super Kings team official and son-in-law of the BCCI president-in-exile Srinivasan, and Rajasthan Royals co-owner Raj Kundra stands proved while the charge of cover up against Srinivasan "is not proved".

It said not only players and team officials but "franchisees will also be punished for misconduct".

The future of Chennai Super Kings and te IPL could be in danger as IPL rules provide for cancellation of the franchise for misconduct by players, owners and officials of a team.

Setting up a committee of judges, headed by former CJI R M Lodha, the bench said "remove bias" and have a process which will be "objective and transparent". It added that there is a need for an independent committee to decide the quantum of punishment to be awarded to Meiyappan and Kundra and decide the fate of the teams.

The committee, also comprising Justices Ashok Bhan and R V Raveendran, both retired judges of the apex court, will further probe the allegation of betting against BCCI Chief Operating Officer Sunder Raman and if found guilty will award the punishment.

The bench asked the committee to issue notices to Meiyappan, Kundra and others, complete its work in six months and place a report before it. Further, the panel will make recommendations for bringing out reforms in the BCCI.

The apex court said the amendment 6.2.4 brought in the BCCI rules in February 2008 to permit cricket administrators of having commercial interest by owing teams for IPL and Champions League was "unsustainable", impermissible" and bad in law and has to be struck down as it is void. 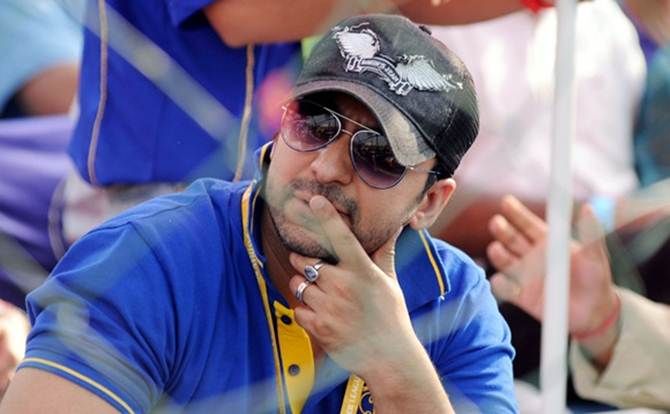 It said Srinivasan being BCCI chief and Managing Director of India Cements Ltd, which owned the Chennai Super Kings, created a situation of conflict of interest.

The contention that Srinivasan held a small share in India Cements Limited, owners of CSK, was misleading since his family directly or indirectly holds much more control in the company.

The bench said the amendment to BCCI rules permitting an administrator to have commercial interest in the game was in "breach of duty" and coming in the way of "purity of the game".

"The amendment 6.2.4 is a true villain of the situation," the bench said, adding that while appointing the panel to probe the IPL scandal the BCCI did not adhere to prescribed procedures.

While pronouncing the verdict, the bench said it has framed seven questions on issues like whether BCCI was a "State" or not.

The court held that though  the BCCI is not a "State" in the constitutional framework, BCCI's functions are "public functions" and as such it is "amenable" to the writ jurisdiction of the high court under Article 226 of the Constitution.

Accepting the findings of the three-member committee, headed by Justice Mukul Mudgal, which probed the IPL-6 spot-fixing and betting scandal, the bench said, "It has no reason to differ with the findings of the court-appointed committee that Meiyappan and Kundra were team officials indulging in betting.”

The bench said though both state governments and the Union government gave full autonomy to the BCCI which selects the national team and have complete sway over the game of cricket, "it (State) chose not to bring law to challenge the powers of cricket board".

To explain how the Board performed public functions, the apex court gave the example of how civilian awards like Bharat Ratna, Padma Vibhushan, Padma Shri and also Arujna awards were given on the recommendation of the BCCI and players who bring laurels to the country are felicitated by the highest dignitaries.

It brushed aside the contention of Kundra that he was not issued notice by the Mudgal Committee saying that he was heard by the panel. So "issue of notice is of little consequence" as the committee followed all rules and proved all charges against him requiring no review if its findings.

The bench also said that BCCI cannot afford to lose its credibility because of sporting frauds and "all cricket matches must be played on level playing field".

"What goes in the name of game is farce and the game is a game only if it is pristine and free from any sporting fraud.

"There is need to establish institutional integrity within BCCI," the bench said.