Sri Lanka Cricket has said that fast bowler Dilhara Fernando last year reported to the team management about a "suspicious approach" by alleged bookies but he was never under the ICC's scanner for any wrongdoing.

A report in The Island said that officers from ICC's Anti-Corruption and Security Unit were here for an inquiry either early this year or late last year and a former manager of the national cricket team had functioned as a translator for Fernando in the inquiry.

"Officers from ICC's ACSU were in Colombo for an inquiry either early this year or late last year and Fernando had to be helped by a translator. A former manager of the national cricket team had functioned as the translator helping the inquiry. Fernando was under ICC investigations for almost two years now," the newspaper had said quoting unnamed sources.

Denying this, the SLC said Fernando was subjected to a "regulation interview" when he voluntarily disclosed the approach by an alleged bookie to the ICC officials, who came here to gather information about the Lahore terror attack on Sri Lankan players last year.

"The ICC ACSU has not brought such an issue to attention of SLC and it is unfair that such accusations are directed at our players without verifying the facts. In May 2009, the ICC's ACSU travelled to Sri Lanka to interview Sri Lanka's cricketers with regard to the Lahore terrorist attack on the Sri Lanka team bus.

"During their visit to Sri Lanka, Dilhara Fernando voluntarily reported a suspicious approach to the team management and it was immediately referred to the ICC ACSU who in turned carried out a regulation interview with Dilhara," the SLC statement said.

"The interviewing of players after the reporting of suspicious approaches is standard practice and above-mentioned cricketer followed the correct protocol. The ACSU then followed normal protocol and launched an investigation," it said.

"We can confirm that no further information has been provided to us with regard to this incident or player that necessitates any action or raises any concern," it added. 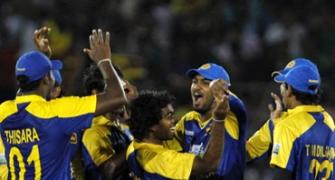 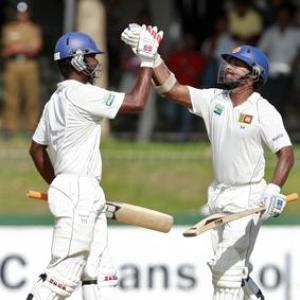