Statistical highlights on the fifth and final day of the opening Test match between India and Sri Lanka, in Kolkata, on Monday. 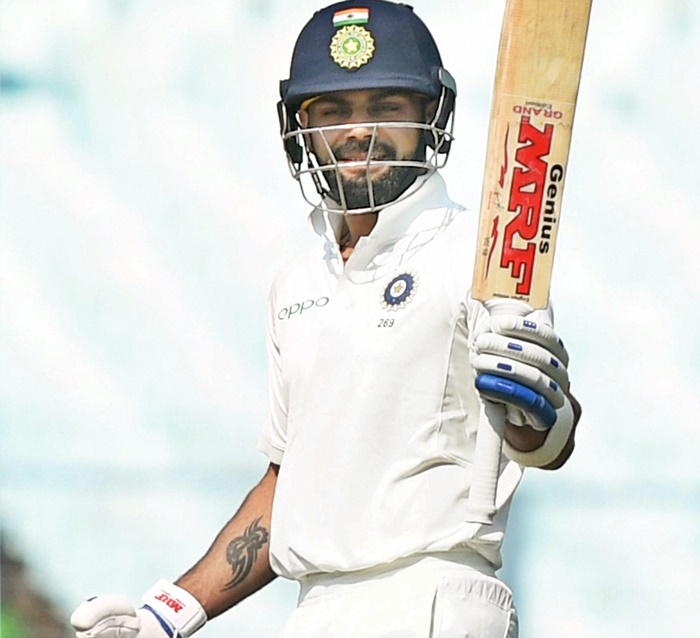 # Kohli's 119-ball century is his quickest in Tests, bettering the 129-ball century vs New Zealand at Wellington in February 2014.

# Kohli, with a duck and a century, became the first Indian skipper to register a hundred and a duck in the same Test match. In all, 18 captains have produced the distinction 20 times in Tests.

# Kohli's feat of reaching 50 international hundreds in 348 innings is the joint-quickest -- the same innings taken by Hashim Amla.

# With 11 centuries in 30 Tests as skipper, Kohli has emulated Sunil Gavaskar's tally of most centuries in 47 Tests. Both share an Indian record.

# Kumar's bowling analysis are the second best by an Indian speedster in a Test match vs Sri Lanka, next only to the 8 for 86 by Ishant Sharma at Colombo, SSC in August 2015.

# After previous five result-oriented Tests at Eden Gardens between 2010 and 2016, the Test between India and Sri Lanka has failed to produce a result.

# Of the 41 Tests played at Eden Gardens, 12 have been won by India -- 9 lost and 20 drawn. No other Test venue in India has witnessed so many drawn Tests -- the next highest being Feroz Shah Kotla, Delhi at 14.

# Lakmal's match figures are the best by a Sri Lankan speedster in a Test match in India, eclipsing the 7 for 201 by Ashantha de Mel at Chennai in 1982-83.