'Some players, they can play really good for the short balls. Some of them, they can't. But if you can think you can go for it... I will say to the players, yeah, go for it, because we need runs, as well.' 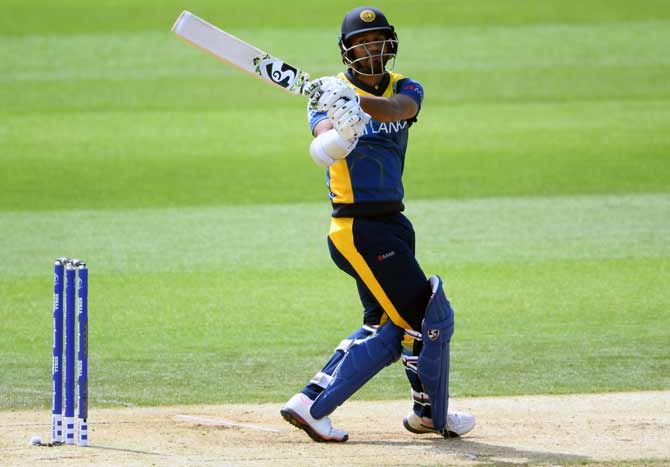 Sri Lanka are ready to face an onslaught of fierce Australian pace bowling as they look to get their rain-marred World Cup campaign back on track at The Oval, in London, on Saturday.

So far four out of the 19 matches contested at the World Cup have been called off or abandoned in the rain-hit tournament and the Sri Lankans are the only team to have suffered this misfortune twice.

Their last two matches against Asian rivals Pakistan and Bangladesh were both complete washouts in Bristol, meaning Sri Lanka have not faced any competitive action for 11 days - hardly ideal preparation before taking on holders Australia.

While they are aware that the Australians will be out to take advantage of the bouncy pitch by firing down short deliveries, captain Dimuth Karunaratne is confident his men can withstand the attack.

"We know they are going to go really hard against us but... the thing is, they can bowl only two bouncers, so I think we have to be aware of those things," he said on the eve of the match, on Friday.

India exposed the weaknesses in the Australian team when they romped to a 36-run victory at The Oval last weekend, having amassed 352 runs off their 50 overs.

However, Sri Lanka have so far failed to get their batting firing in the two matches they have managed to complete. They were skittled for 136 runs in less than 30 overs during a 10-wicket victory by New Zealand while the expected fireworks against outsiders Afghanistan also failed to materialise.

They were bowled out for 201 in the 37th over by a team who were expected to be the whipping boys in the tournament. Although Sri Lanka did eke out a 34-run win in the rain-shortened match, their inability to bat out 50 overs in the tournament will be a cause for concern.

"Some players, they can play really good for the short balls. Some of them, they can't. But if you can think you can go for it... I will say to the players, yeah, go for it, because we need runs, as well," said Karunaratne.

Fast bowler Nuwan Pradeep might return for the game, the captain said. He suffered a dislocation and a cut on his bowling-arm finger while training.

With the 1996 champions in danger of being knocked out of the tournament, they almost certainly will need to win their remaining games against Australia, England, India, West Indies and South Africa to keep alive their chances of clinching a semi-final berth.

© Copyright 2020 Reuters Limited. All rights reserved. Republication or redistribution of Reuters content, including by framing or similar means, is expressly prohibited without the prior written consent of Reuters. Reuters shall not be liable for any errors or delays in the content, or for any actions taken in reliance thereon.
Related News: Sri Lanka, Dimuth Karunaratne, Getty Images, IMAGE, Australia
SHARE THIS STORYCOMMENT
Print this article 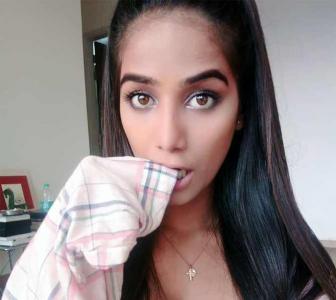 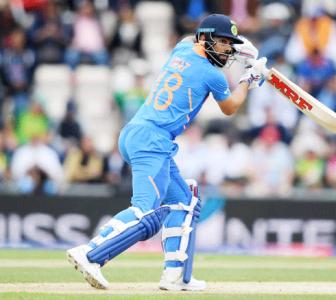 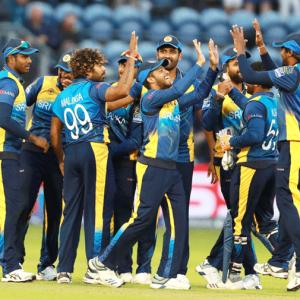