Sreesanth gears up for Tollywood debut 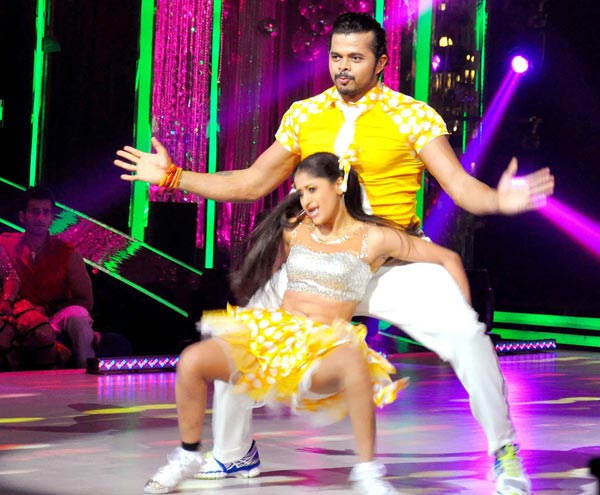 Shantakumaran Sreesanth with his choreographer Sneha during Jhalak Dikhhla Jaa 7

Former Indian cricketer Shantakumaran Sreesanth has signed a South Indian movie which will be multi-lingual (Tamil, Telugu and Malayalam) with Hyderabad based Sana Creations, whose last nine ventures have been super-hit on big-screen.

The 32-year-old former Indian bowler, who will also be playing a negative role in Pooja Bhatt's upcoming movie Cabret, said that the story, which has been written by Prakash, will depict every cricketers struggle.

“It’s a big challenge for me and at the same time I am very excited  It’s not entirely my life story, but there are a few similarities,” Sreesanth confirmed.

Sana Yadi Reddy, who will be producing this multi-lingual flick, said that the story is purely based on cricket and has a love story with lots of music and dance in it.

Last year, Sreesanth put on his dancing shoes to rock the dance floors of halak Dikhhla Jaa 7. Unfortunately, he did not get enough audience votes.

The cricketer is new to acting but not new to dance -- he had learnt break dance and street dance in his school days and has even performed at events and shows.

Sreesanth and his Rajasthan Royals team mates Ankeet Chavan and Ajit Chandila were discharged in the Indian Premier League-6 spot-fixing case by Patiala House Court last month but the Board of Control for Cricket in India had refused to lift their ongoing ban.

The Kerala Cricket Association had requested the BCCI to allow Sreesanth to play again but Board secretary Anurag Thakur said there will be no rethink on the life ban of the two cricketers.