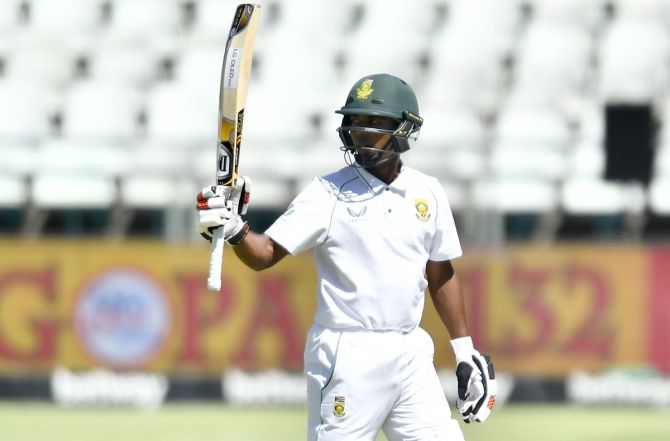 IMAGE: Keegan Petersen, who was the one of the heroes of the home series win over India at the start of the year, returns after missing last month’s tour to New Zealand because of a COVID-19 infection. Photograph: Ashley Vlotman/Gallo Images/Getty Images

South Africa on Thursday called up batsman Khaya Zondo to their Test team for a two-match series against Bangladesh but have been forced to name a weakened 15-man squad.

They will be without their frontline seam attack with Marco Jansen, Lungi Ngidi, Anrich Nortje and Kagiso Rabada to all play instead in the Indian Premier League, which starts on March 26, plus batsman Aiden Markram and Rassie van der Dussen.

It comes after an agreement between the players’ union and Cricket South Africa to allow players to compete in the IPL and other lucrative limited overs events.

"The loss of the IPL players is not ideal, but we back the CSA system, its ever growing pipeline and most of all, the players we have selected," Convenor of Selectors Victor Mpitsang said in a statement.

Zondo, 32, has played six One Day Internationals for South Africa level but gets his first Test call-up to provide cover in the middle order.

Keegan Petersen, who was the one of the heroes of the home series win over India at the start of the year, returns after missing last month’s tour to New Zealand because of a COVID-19 infection.

The Tests will be staged at Kingsmead in Durban from March 31 to April 4, and St George’s Park in Gqeberha, formerly known as Port Elizabeth, April 8-12.

Pakistani selectors have named uncapped spinner Asif Afridi and wicketkeeper Mohammad Haris in the white ball squads for the three ODIs and one-off T20I against Australia.

The most notable exclusions include former captain Sarfaraz Ahmed and all-rounder Imad Wasim while the selectors have also called up all-rounders Muhammad Nawaz and Shadab Khan who were both out with fitness issues and also missed matches in the Pakistan Super League.

Haris, a former Pakistan under-19 player, has replaced Sarfaraz after some impressive batting performances in the PSL.

He was also named in the Pakistan squad for the home series against New Zealand last September but the series couldn't be played at the time as the Kiwis returned home on the day of the series opener.

Chief selector Muhammad Wasim said the selection of the two squads was based around a strategy to provide opportunities to high-performing players as part of their strategy to increase the pool of top-class cricketers and developing a formidable bench-strength.

While the selectors have picked up 20 players for the ODIs, which are being played as part of the ICC Men's Cricket World Cup Super League; they have chosen 17 players for the only T20I, leaving out Abdullah Shafique, Imam-Ul-Haq and Saud Shakeel. 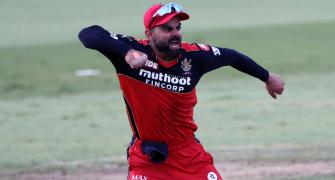 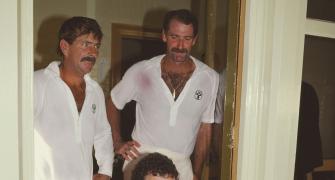 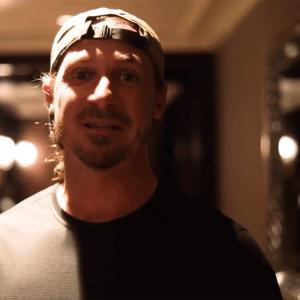 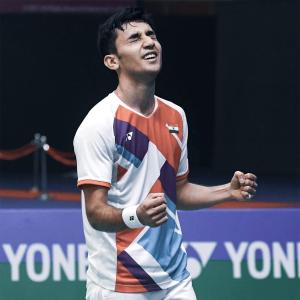 Sen in All England quarters; Sindhu, Saina out