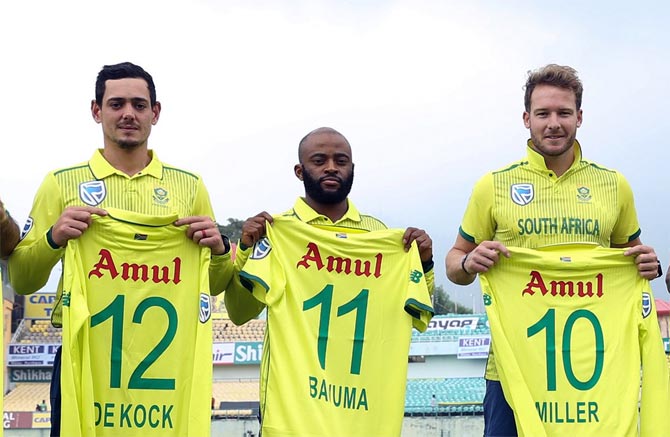 Cricket South Africa (CSA) on Monday announced a new partnership with dairy major Amul for the T20I series in India.

Amul is the 9th largest dairy product producer in the world, and the largest food company in India with turnover of $7 billion. The megabrand, ranked 73rd globally, will feature on the back of the shirt of the South Africa during the remaining two matches of the three-match T20I series in India.

The first T20I in Dharamsala on Sunday was washed out because of heavy rain. The second T20 International will be played at Mohali on Wednesday, while the third and final game will be held in Bengaluru on September 22.

"Amul is very proud to be associated as the Asian partner to the Standard Bank Proteas for the forthcoming T20 matches," Dr. R.S. Sodhi, Managing Director of Amul, said.

"CSA is excited about our new partnership with Amul," said CSA Chief Executive Thabang Moroe. "The CSA-Amul partnership, which is facilitated by our international marketing partner, ITW, is going to be a powerful one."

"Amul shares our values," said Kugandrie Govender, CSA Chief Commercial Officer, "and we’re grateful for this opportunity of a unique partnership that will not only offer Amul a new and exciting platform, but also strengthen the relationship between the Proteas and our fans in the sub-continent." 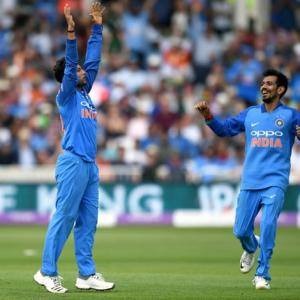