IMAGE: Cricket South Africa has come under heavy criticism from sponsors over governance issues, while last week 30 leading players from the men’s and women’s national teams signed a scathing letter criticising the board for postponing CSA’s Annual General Meeting that had been scheduled for September 5. Photograph: CSA/Twitter

South African Sports Confederation and Olympic Committee (SASCOC) has asked Cricket South Africa's board to step aside as it investigates "many instances of maladministration and malpractice" in the crisis-ridden organisation.

SASCOC's action, which means that there is no one to run daily affairs of CSA, is another setback to the board which is in the middle of administrative chaos and facing allegations of corruption and racial discrimination.

ESPNCricinfo reported that SASCOC took the decision unanimously at a board meeting on Tuesday alleging "many instances of maladministration and malpractice at CSA which "has brought cricket into disrepute".

CSA also faces action from the International Cricket Council as SASCOC's action could also be seen as government interference.

In a statement, CSA objected to SASCOC's decision to suspend the board.

"CSA, including its Members' Council, does not agree with the resolution taken by SASCOC and has not had the opportunity to engage with SASCOC on various issues raised in the communication.

"In addition, CSA is taking legal advice regarding the basis on which SASCOC has sought to intervene in the business affairs of CSA. CSA does, however, commit to engaging further with SASCOC to understand its position and to find common ground with it in the best interests of cricket," said CSA. 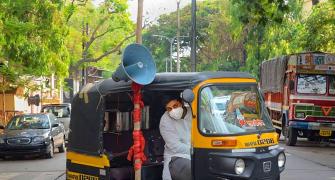