India aiming for a clean sweep 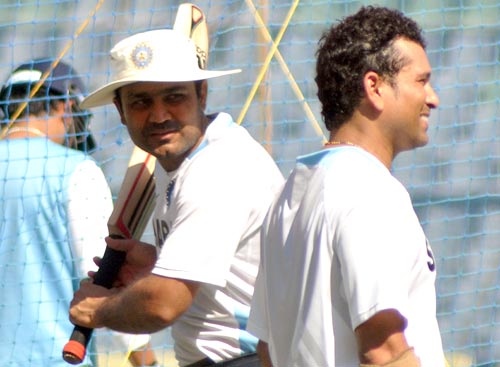 The series in their grasp following convincing victories in the first two matches, India would be aiming for a clean sweep against the West Indies in the third and final Test commencing at the Wankhede Stadium in Mumbai, on Tuesday.

Tendulkar will be keen to get 100th century in Mumbai 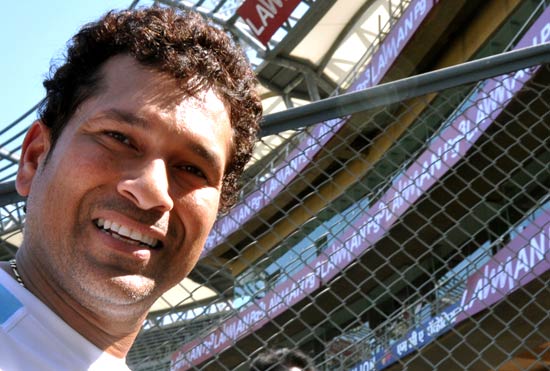 All eyes will once again be on Sachin Tendulkar, who is just one short of his elusive 100th international century. Having missed the chance to get it in the first two Tests, he will be keen to finally achieve the remarkable milestone on his home turf.

The batting maestro has been waiting since March 12, when he got his 99th international hundred in the World Cup league match against South Africa at Nagpur, to reach the milestone. 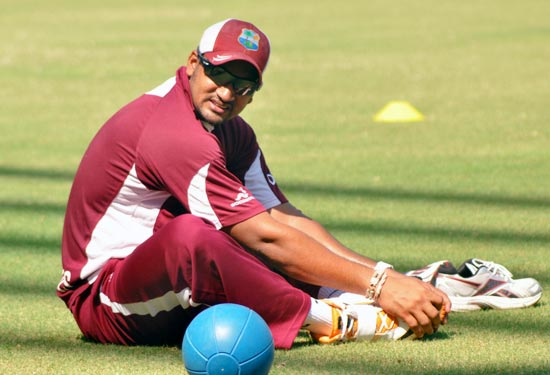 West Indies pacer Ravi Rampaul, who missed the second Test after appearing in the opener because of a stomach upset, has recovered fully and is available for selection.

There is a question mark about the West Indies bowling attack which has largely struggled to dismiss the formidable Indian batting line-up though pitch curator Sudhir Naik has promised a "sporting wicket".

"It is a sporting track. There is some grass on it. On the first three days it will assist the seamers and will help the spinners on the fourth and fifth day. Even the West Indies bowlers would love bowling here," said the former India opener.

"There will be some nip in the morning and the breeze is also likely to help bowlers in the post-tea session," added Naik who had prepared the much-praised wicket for the World Cup final between India and Sri Lanka on April 2.

India will be wary of becoming complacent 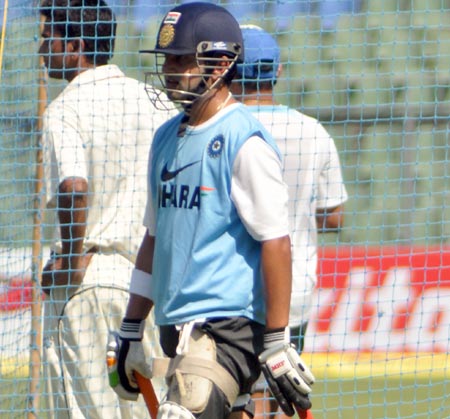 The hosts, on the other hand, are sitting pretty though they would be wary of becoming complacent and pay the price of the dead rubber syndrome.

India's batting clicked in style at Kolkata after they had conceded the first innings lead in the Delhi opener.

The brisk starts provided by Virender Sehwag, who notched up breezy half-centuries in both the innings of the Delhi match, in the company of Gautam Gambhir have been the ideal fillip for the likes of Rahul Dravid, Tendulkar, VVS Laxman and Mahendra Singh Dhoni to feast on.

Golden chance for Kohli to resume his Test career 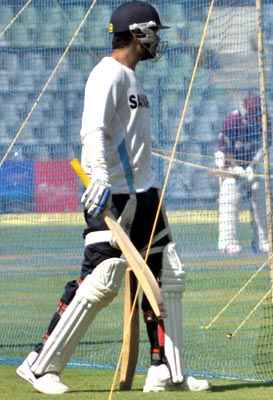 The failure of Yuvraj Singh to make it big in the two Tests, after his poor show in England till he got injured and returned home, has given Virat Kohli a golden chance to resume his Test career which began in the West Indies earlier this year.

He did not really take advantage of the opportunities he got in the Caribbean, with 30 being his best effort in the five innings he batted in the three-match rubber.

Mumbai's Rohit Sharma, who missed making his Test debut in Nagpur against Australia two years ago when he picked up an ankle injury half an hour before the game commenced, is in the side as replacement for Yuvraj but Virat is expected to be given a chance in the playing eleven. 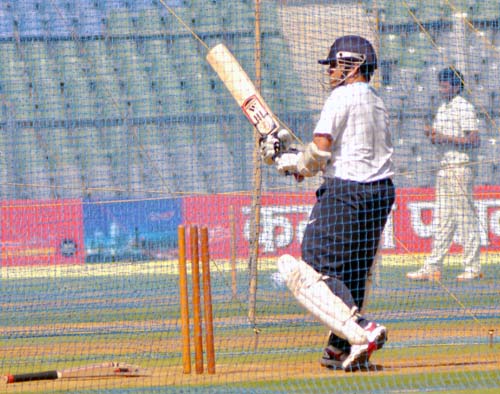 While the Indian batting, formidable as it is in home conditions, was expected to come good, the heart-warming display put up by its inexperienced bowling attack has come as a major boost.

Spinners Pragyan Ojha and R Ashwin have been the main wreckers of the West Indian batting line-up on the slow spinning surfaces of low bounce.

Having taken 26 wickets (13 apiece) in the first two matches, the duo pose the main threat to the visiting team's batsmen who, however, negotiated them much better in the second innings at Kolkata when the wicket also had eased a bit.

The pitch for the third Test may not be as conducive to spin as the first two Test tracks and the slow bowlers need to prey on the patience of the West Indian batsmen to prise out errors.

The other rookie in the bowling attack, speedster Umesh Yadav, has also impressed and, in fact, bagged more wickets (9) than his senior partner Ishant Sharma, who has been, at times, wayward.

Both would be performing with an eye on the team selection for the forthcoming tour to Australia.

The organisers, Mumbai Cricket Association, have decided to throw open part of the North Stand free for 2,000 school children to watch the game and cheer the players. The response from the paying spectators is, however, lukewarm though the cheap East Stand tickets are expected to be booked.