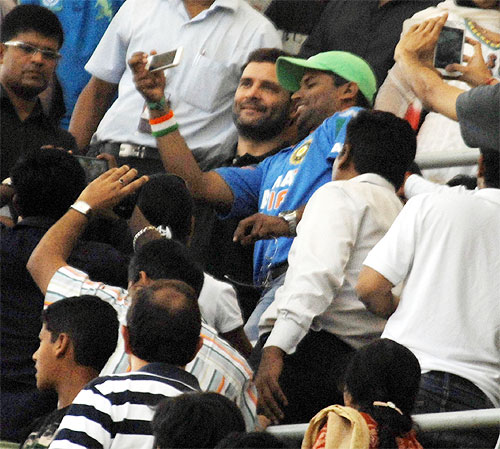 The glitterati of Mumbai and Delhi made their presence felt at the Wankhede stadium during the second Test between India and the West Indies, and showed their support for Master Blaster Sachin Tendulkar in what could be his final Test innings.

Among the big-shots present at the stadium was Congress vice-president Rahul Gandhi, who sat in the VIP box. He was hounded by fans and obliged a few by clicking pictures with them.

Even the Chief Minister of Maharashtra Prithviraj Chavan was at the stadium to cheer the pride of the state and nation. 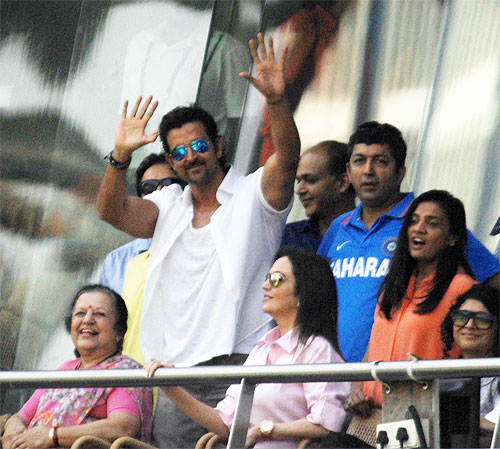 Bollywood superstar Hrithik Roshan was in the VIP stand.

Fresh from the success of Krish3, Hrithik declared, “Sachin is a superhero of the human spirit."

He was also seen greeting and taking the blessings of Tendulkar’s mother, Rajni.

'I will cherish this moment for a life time' 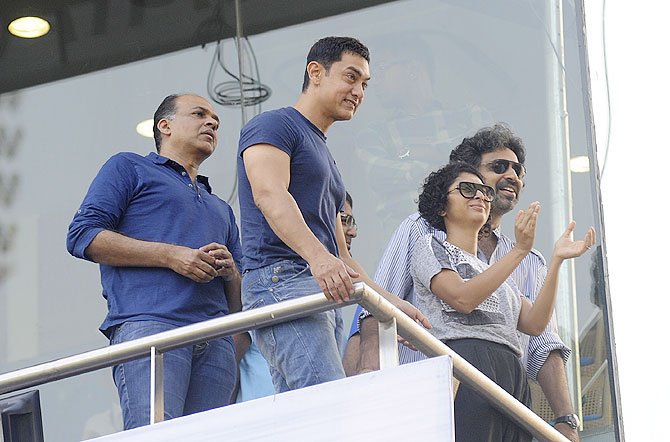 Actor Riteish Deshmukh, who was accompanied by wife Genelia D’Souza cheered for Sachin right through the morning.

“Great to see the man play his last match and I will cherish this moment for a life time. I hope he bats in the second innings,” she said.

Aamir Khan also shared space in the commentary box with Sunil Gavaskar and Ravi Shastri and called himself "the biggest fan of Sachin Tendulkar". 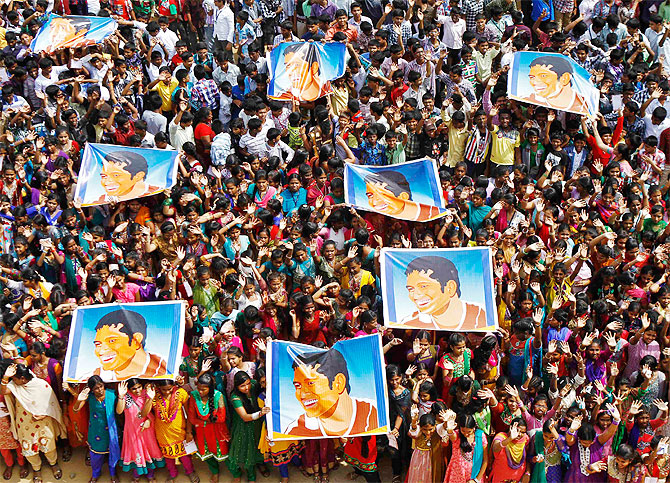 Among other big names who watched Sachin play a fine innings on Friday were the Thackeray cousins.

Sachin was dismissed for 74 (118) but his well-wishers had words of praise.

After Sachin’s dismissal, Maharashtra Navnirman Sena chief Raj Thackeray left the stadium before saying, “I am very proud of Sachin's innings. I loved the way Tendulkar played. He is a legend and will remain one."

'I wished that he would have scored a century' 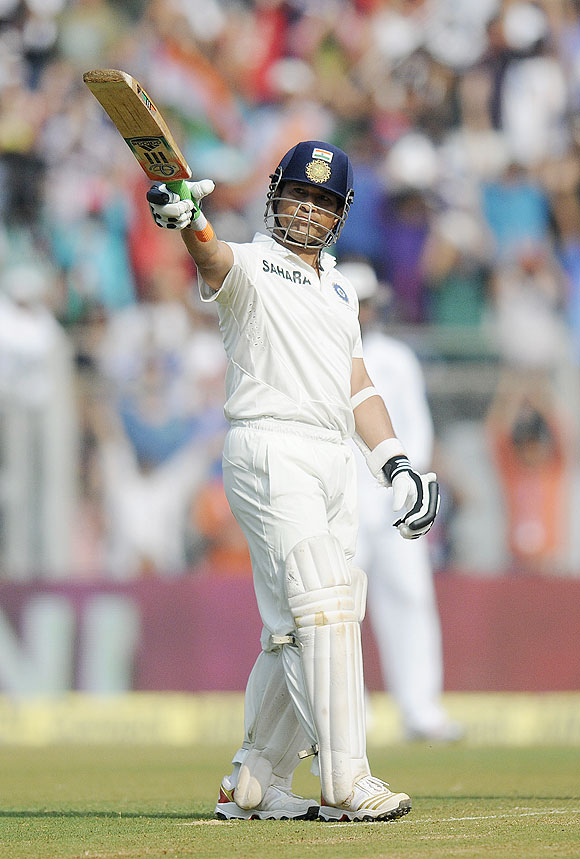 “I am very happy. He played like a true genius. He played almost all the shots in the book and played them with so much grace. I wished that he would have scored a century. He is retiring in his top form. I have seen him since the time he started playing and it’s great whatever he has achieved,” Joshi said.

'He is a true legend' Shiv Sena chief Uddhav Thackarey also witnessed Sachin’s innings and was disappointed that the master batsman could not score a century.

“I enjoyed every moment of Sachin's innings. He is a true legend. It’s a fitting farewell. I am a little disappointed that he didn't score a century today but 74 is a good score.”

'It's an immortal moment for India' 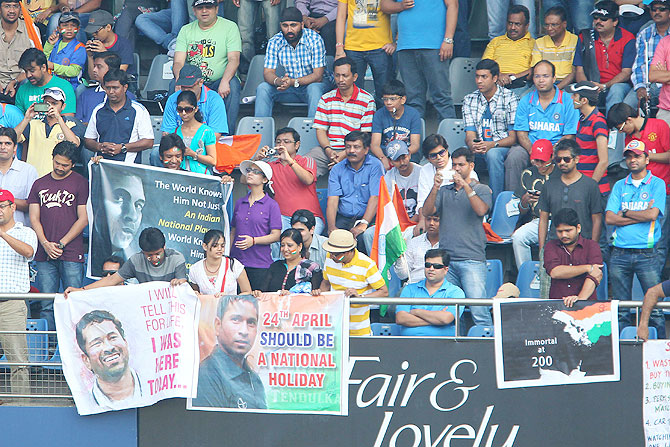 Former ICC chief IS Bindra also graced the occasion and had these words to say about the retiring legend:

“It’s an immortal moment for India. A great finish to a long and illustrious career. Sachin has given his life for the game and the country. Now let him spend time with his family. Everyone wished to see him score a century but he played a beautiful innings. It will be great honour if he decides to join the BCCI.”

Former BCCI secretary Niranjan Shah said: "It's great that Sachin played such a beautiful innings. I loved watching him play his trademark straight drive to bring up his 50. I am not disappointed that he didn't get a 100.