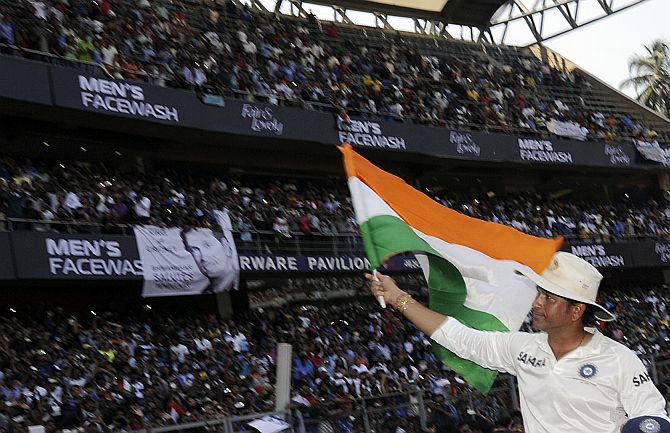 Image: Sachin Tendulkar does the lap of honour at the Wankhede on Saturday
Photographs: BCCI

A man so exceptionally gifted that the entire cricketing fraternity remained wide-eyed in awe till his last innings but so unassuming about his own aura that even the pressure of a billion expectations failed to ever distract, let alone rattle him.

That, in essence, is the legend of Sachin Tendulkar, who became much more than a iconic cricketer by the time he turned up to play his 200th and final Test which ended in Mumbai on Saturday.

Cricket was lucky to have an enduring phenomenon like Tendulkar, who didn't just inspire an entire generation but around whom, the game's administrators managed to build a huge industry which ran into billions.

The 40-year-old shouldered the burden of being a perfect role model for nearly a quarter of a century with such effortless ease that it prompted questions on whether he was even human.

Not one single misplaced word, never a hint of trouble on or off the field, not even a moment of embarrassment. Tendulkar displayed sage-like qualities despite being the most scrutinised cricketer of his era, showing a restless young generation just how to handle fame and pressure. 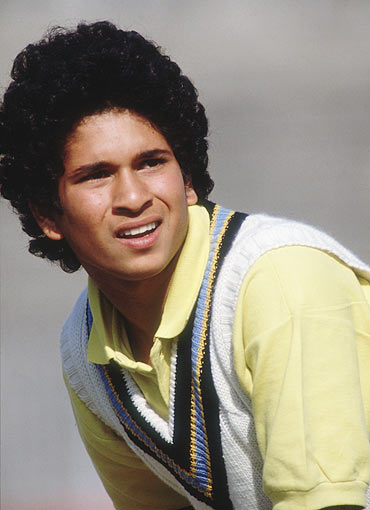 He was all of 16 when Tendulkar found himself in the cauldron of fire that is international cricket, that too against arch-foes Pakistan.

Up against the dreaded duo of Wasim Akram and Waqar Younis, Tendulkar exhibited maturity that belied his tender age and a resolve that would make a seasoned gladiator proud.

And, he never let that resolve waver in his 24 years in international cricket, whether it was while dealing with the changing faces in oppositon camps or the critics who grew in number as the years progressed.

Fans got a glimpse of that resolute personality when Tendulkar, left shattered by the loss of his father in the middle of the 1999 World Cup, went back to England to join the team and struck a hundred against Kenya after completing the last rites of his father.

The Mumbaikar did go through his fair share of tormenting low ebbs in what was largely a glittering career. 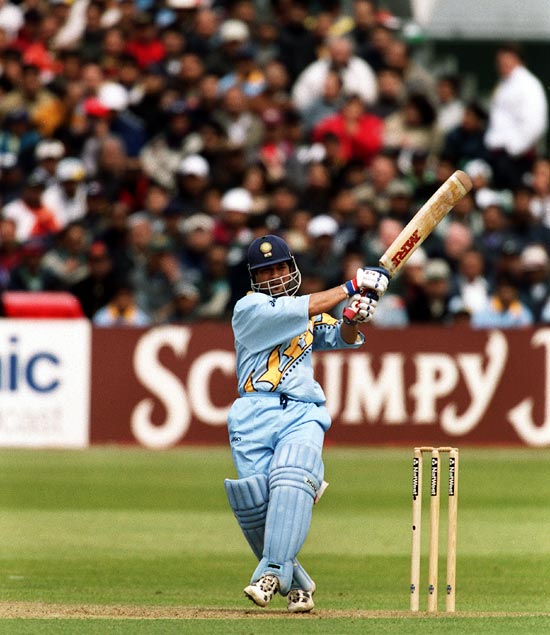 But without an iota of doubt, the only batsman to score 100 international centuries (51 in Tests and 49 in ODIs), would be remembered as the greatest to have played the game after the "incomparable" Don Bradman.

He failed miserably as a captain and was bogged down by the massive responsibility of anchoring the Indian batting during a time when the fall of his wicket meant the loss of all wickets.

More recently, he was woefully out of form during India's Test and ODI whitewash at the hands of England in 2011 and carried the weight of expectations to what turned out to be a horror tour of Australia.

But then Tendulkar dug his heels, displayed the resolve that came to define him and ensured that he went out on his own terms in front of emotionally-overwhelmed fans, who would certainly feel a huge vaccum given that India does not have too many sporting heroes to look up to. 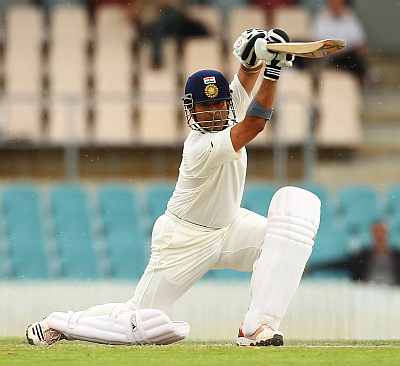 Much before his debut, Tendulkar's precocious talent was there to be seen when he shared an unbeaten 664-run stand with buddy Vinod Kambli in the Lord Harris Shield Inter-School Game in 1988.

His first Test century came in England in 1990 at Old Trafford and the rest, as they say, is history, that too in golden words. All existing batting records became Tendulkar's except for Brian Lara's Test match highest of 400 not out and first class highest score of 501 not out.

Tendulkar was also the first batsman in the world to score a double ton in ODIs, a feat he achieved in Gwalior against South Africa in February 2010. This was included in Time magazine's top 10 sports moments of the year.

The biggest compliment to his batting came from Bradman himself in 1999 when he said that Tendulkar's style of playing resembled his style. "That touch I used to feel when I batted," he had said. 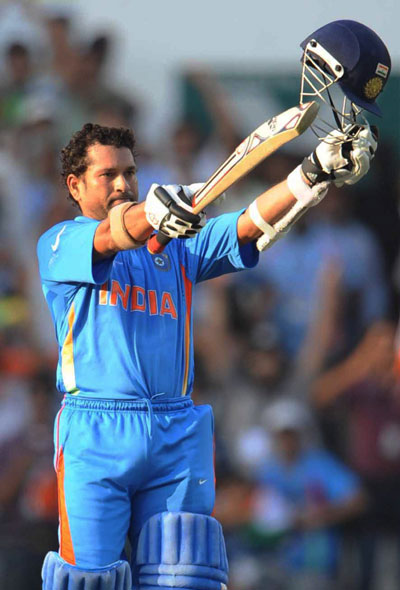 In fact, it would not be wrong to say that Tendulkar was the most complete batsman of modern era. At 5'5, he was not exactly the most colossal player to stride on to the field but the 'Little Genius' most definitely bows out a giant with a Test average of 53.79 after amassing 15,921 runs.

Not to forget his utility with the ball which helped him gather 46 Test and 154 ODI wickets before tennis elbow brought a halt to that, forcing him to bowl less in international matches. 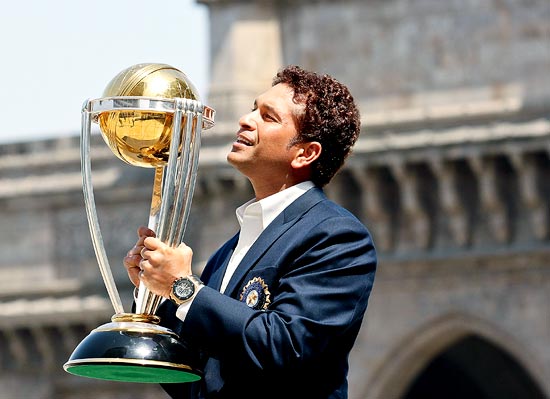 His impact resonated much beyond the cricket field and a multi-crore advertising industry came to be built entirely around him. He accomplished a rare feat by becoming a Rajya Sabha member last year.

With no cricket to play, he is likely to be a more active participant in the Parliament having already shown a keen inclination to improve the sporting scene in India.

But nothing beats what he pulled off on the cricket field, leaving opposition bowlers flummoxed and fans and even detractors mesmerised.

To call it magic would not be an overstatement for an entire nation took collective pride in his exploits across the cricketing landscape.

Given the fan frenzy and media circus that almost always followed him, it would have been quite easy for him get swayed or become complacent but Tendulkar did admiringly well in keeping himself grounded. 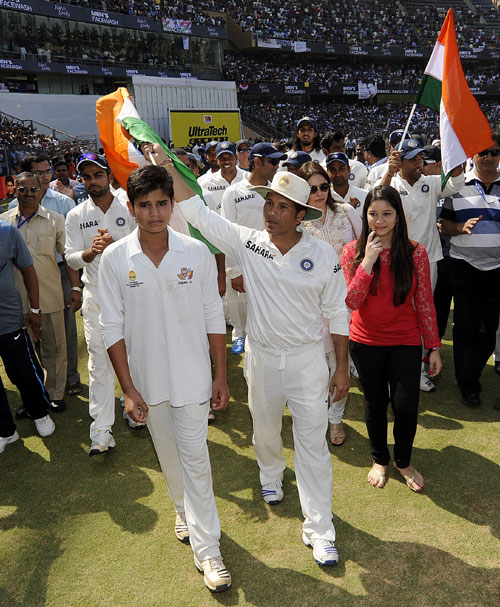 Image: Sachin Tendulkar bids farewell at the end of his career on day three
Photographs: BCCI

And that monk-like calm was there on display in the farewell Test as well. The entire ground was resonating with the chants of his name, but Tendulkar walked in with an air of casualness as if he had kept off the noise from his mind.

His vintage shots and even the blocks were inviting ear-splitting cheers, but instead of playing to the gallery, he dug from his huge reservoir of experience to carve out a patient and classy 74-run knock which included every exquisite stroke that made him a delight to watch.

Although his die-hard fans would have wanted a fairytale hundred but it was nonetheless a perfect sign off for the colossus of the game marking the end of an era in not just Indian but international cricket.

Tags: Tendulkar
© Copyright 2022 PTI. All rights reserved. Republication or redistribution of PTI content, including by framing or similar means, is expressly prohibited without the prior written consent.
Write a
Comment
Print this
article