Australia crash out of World T20 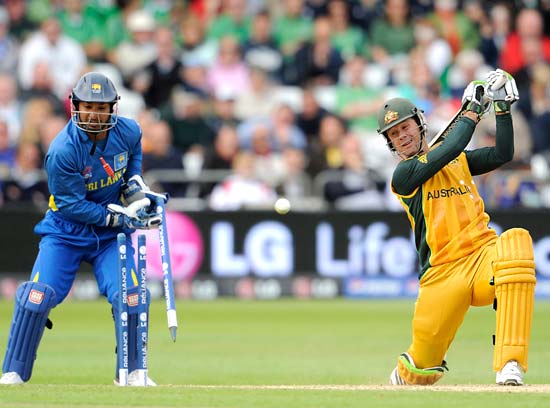 Ricky Ponting tried to hit spinner Ajantha Mendis against the spin and saw his leg-stump uprooted for 25. The skipper's 15-ball innings included five hits to the fence 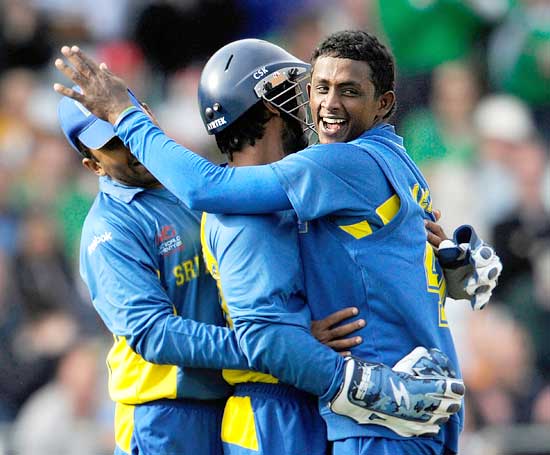 Shane Watson (22) followed soon after, this time Mendis trapping him in front of stumps to end his 21-ball knock that included two fours and a six.

Mendis does a Superman 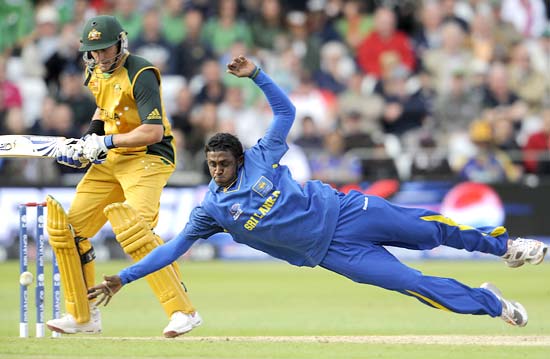 Mendis and paceman Lasith Malinga did all the damage as they shared six wickets between them to stifle Australia.

Mendis removed skipper Ponting, Watson and Michael Hussey while Malinga dismissed Lee (15) and Nathan Hauritz (4) in the final over to restrict the Australian innings which needed some power hitting from Mitchell Johnson (28 n.o.) and David Hussey (28) to prop up the team. 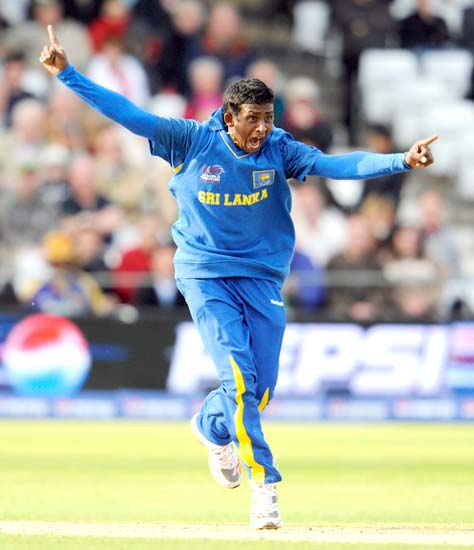 David Hussey tried to break the shackles when he danced down the wicket and lofted Mendis for a huge six straight down the ground.

Mendis, though, had something to smile about two balls later when he scalped Michael Hussey for 1. The left-hander shuffled across the stumps but was beaten by a quicker delivery and was trapped right in front of the stumps. 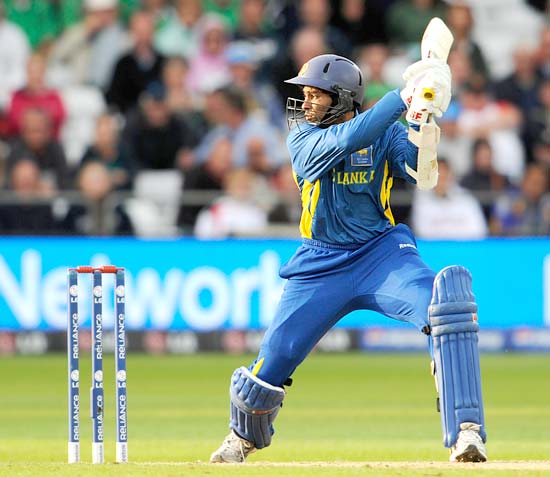 Australia, needing victory to keep their Super Eights hopes alive, were done in by Tillakaratne Dilshan (in the picture), who carried on from where he left off in the Indian Premier League, finding boundaries at will to reach his half-century in just 26 balls.

Dilshan and Kumara Sangakkara added 62 off 42 balls to set the tone for Sri Lanka's entry to the Super Eight stage. 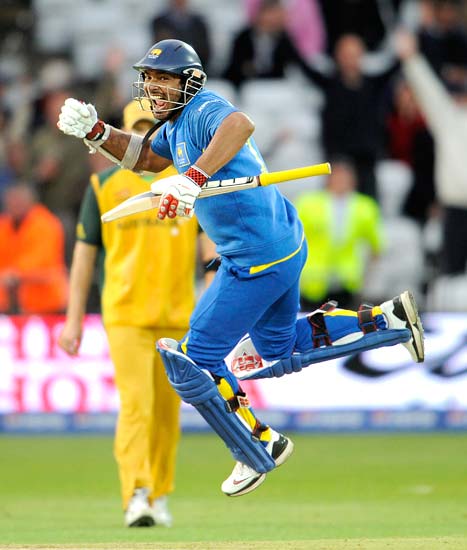 Captain Sangakkara hit a couple of sixes and four boundaries in his 42-ball unbeaten knock of 55 while Jehan Mubarak also contributed with two huge sixes towards the end.

Sri Lanka overhauled Australia's total of 159 for nine with six balls to spare, clinching victory with a Mitchell Johnson wide.