'Had good time training in NCA' 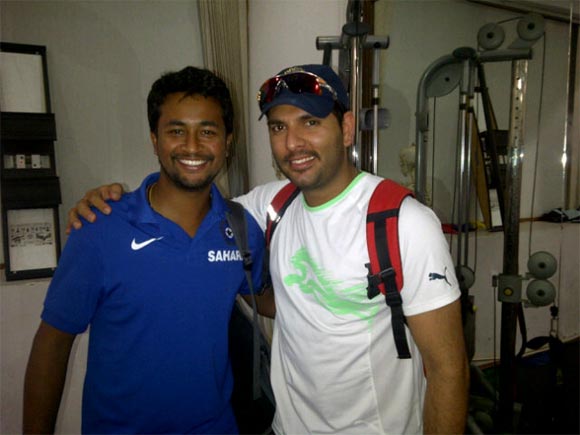 Yuvraj Singh, who is eyeing a comeback to the Indian team after undergoing treatment for a rare germ cell cancer earlier this year, is working hard at the National Cricket Academy (NCA) in Bangalore.

The left-hander, who played an integral part in India's World Cup triumph last year, is working on his fitness for the past few days.

"Had good time training in NCA . More than that it was great to meet pragyan bhai after a long time," he wrote on Twitter on Friday.

Incidentally, Pragyan Ojha made a comeback to the Indian ODI team after he was named in the 15-man squad for the limited over series in Sri Lanka, who comprises five ODIs and a Twenty20 match.