Battle of equals as KKR take on Delhi in IPL Qualifier 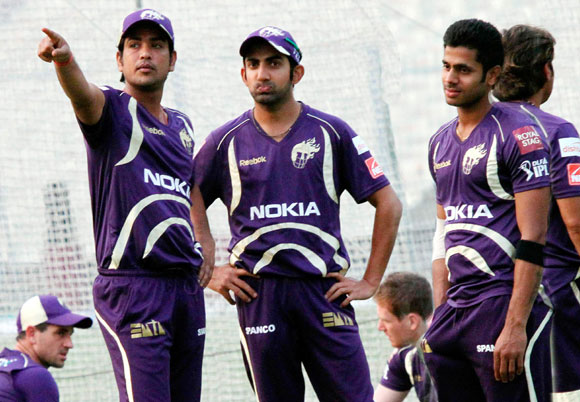 Two teams with matching firepower will come face to face when table-toppers Delhi Daredevils take on second-placed Kolkata Knight Riders in what promises to be a high-voltage first qualifier in the controversy-ridden IPL, in Pune on Tuesday.

In a season marred by unsavoury incidents off the field, the IPL's cricketing climax promises to be quite a treat with heavyweights making the last four.

And there's nothing better than Delhi and KKR kicking off the business end of the event. The two teams have, without doubt, been the most consistent performers in the Twenty20 league this season.

Both the teams boast of explosive batting line-ups. Their bowling attacks too have done exceptionally well in a format considered punishing for bowlers.

On paper, the sides match up pretty well 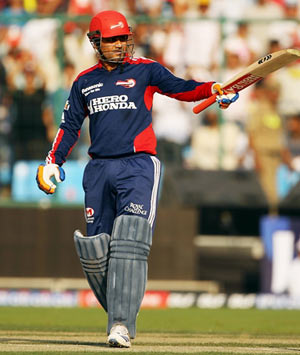 When the two teams came face to face in the league stage, honours were shared, with Delhi winning in Kolkata and KKR returning the favour when they visited the capital.

On paper, the sides match up pretty well and it promises to be a battle of equals.

If Delhi has the brutality of captain Virender Sehwag and David Warner, Kolkata have the answer in Brendon McCullum.

In fact, both the teams have equally potent all-rounders in the line-up, with Irfan Pathan rediscovering his old form for Delhi and Bangladeshi Shakib Al Hasan doing the job for Kolkata.

Kolkata have edge over Delhi in the spin department 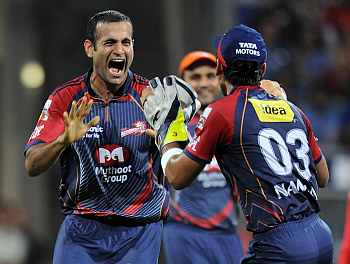 On the bowling front, Delhi have a pace ace in South African Morne Morkel, who has not just been miserly in conceding runs but also the wrecker-in-chief when it comes to picking wickets.

Ably supported by Umesh Yadav and Varun Aaron, Delhi's pace attack has looked lethal with Morkel at the helm.

Kolkata also have an intimidating pace battery, with Australian Brett Lee likely to make a comeback after sitting out in the last three games.

But, with the likes of mystery spinner Sunil Narine, Iqbal Abdulla and Shakib in the ranks, Kolkata definitely have the upper hand over Delhi in the spin department.