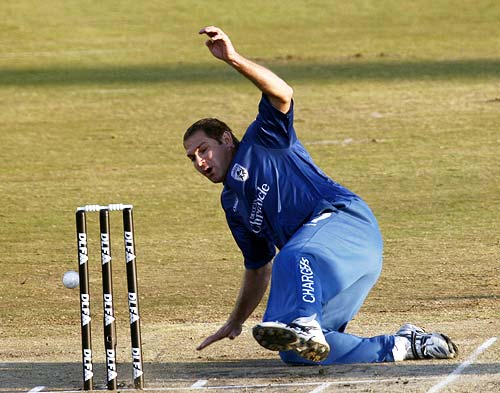 Deccan Chargers' fast bowler Ryan Harris dives to stop a shot against the Delhi Dareddevils in the first semi-final of the Indian Premier League in Centurion, on Friday.

Harris had given Deccan an early advantage in the field, removing Delhi openers Gautam Gambhir and David Warner for ducks in the first over of the innings.

Australian Adam Gilchrist blasted 85 off 35 balls to lead Deccan Chargers into the final with a six-wicket victory. 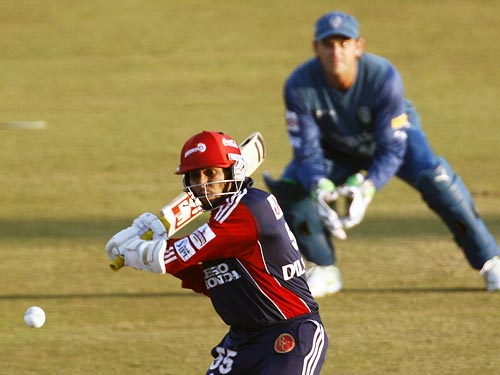 Virender Sehwag and Sri Lankan Dilshan produced an impressive stand of 85 off 60 balls before Sehwag was trapped leg-before by Symonds for 39.

Dilshan pressed on and was finally run-out for 65 off 50 deliveries in the final over. Four wickets fell for eight runs in the last seven balls as Delhi finished with Delhi on 153 for eight. 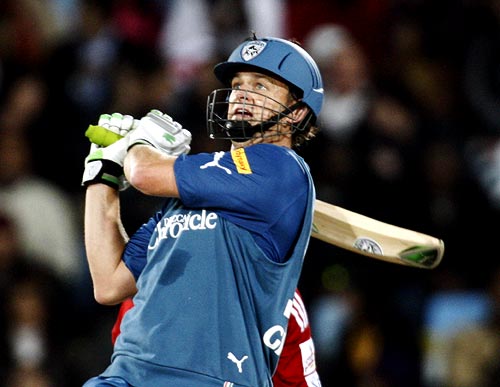 Gilchrist seemed a man possessed from the moment he stepped to the crease to bat. He started off by hammering Dirk Nannes for five boundaries in the first over of the innings.

It rained sixes at the Centurion 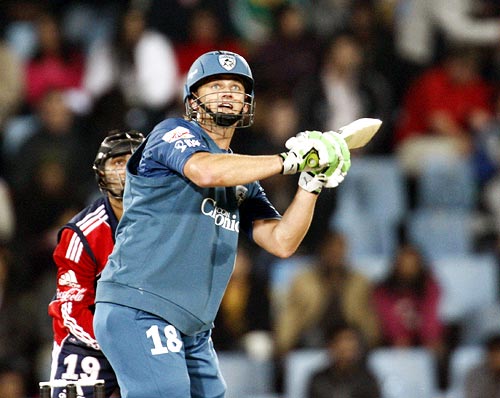 Deccan were chasing 154 for victory and left-hander Gilchrist, opening the batting, smashed 10 fours and five sixes in his innings to help the underdogs recover from the early loss of Herschelle Gibbs for a duck in the second over.

He eventually fell to the leg spin of Amit Mishra the ball before the strategic timeout. 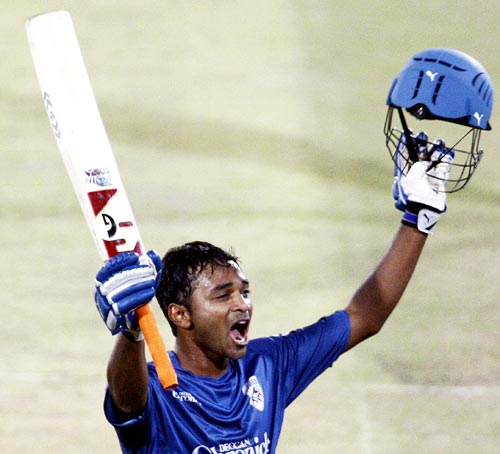 With Deccan needing 52 more runs in 10 overs and seven wickets in hand, the outcome was obvious. Suman and Andrew Symonds both scored 24 as victory was completed in the 18th over.

Deccan will meet the winners of the second semi-final between Chennai Super Kings and Bangalore Royal Challengers in Sunday's final.