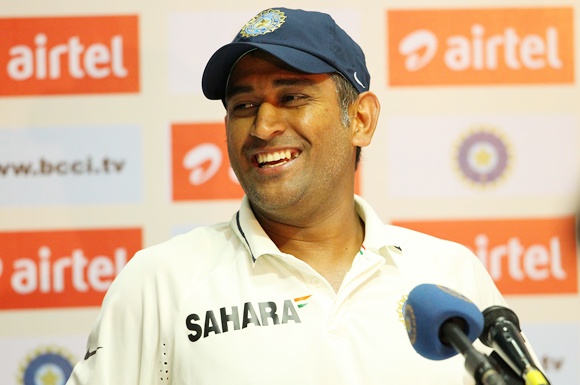 Mahendra Singh Dhoni was epitome of humility as he surpassed Sourav Ganguly to become the most successful Test captain in the history of Indian cricket.

Then let's say he is India's most successful captain ever! Now you have no option but to answer in the affirmative.

Cricket aficionados might have their own opinions, and rightfully so, about the best man to have led India, but when statistics are used to corroborate such claims, the incumbent will win by quite a margin. 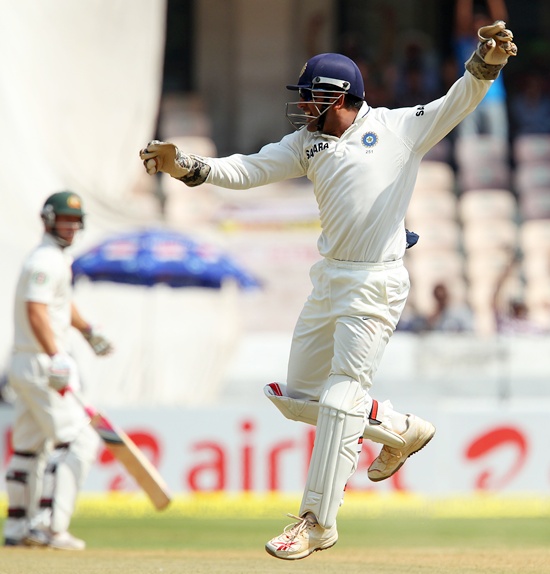 On Tuesday, even as India humiliated Australia by an innings and 135 runs in the second Test in Hyderabad to take an unassailable 2-0 lead, Dhoni achieved another personal landmark, a significant one at that.

The win was the 22nd time that he had led India to victory in the five-day format; it made Dhoni India's most successful Test captain ever, besting Sourav Ganguly's longstanding record.

To his credit, Dhoni reached the milestone in just 45 Tests, having lost only 12.

To his credit, Dhoni reached the milestone in less than five years since taking over as captain -- in the third Test against South Africa at Kanpur in April 2008. 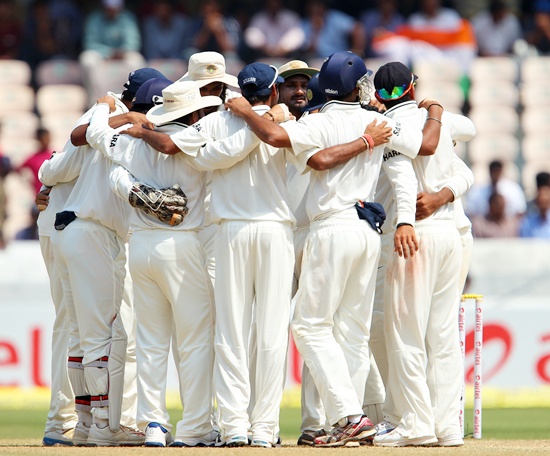 Even as he thanked his teammates and the support staff, Dhoni was, however, dismissive of his achievement.

"The numbers do not matter," he declared.

"In the dressing room we aren't much bothered about it.

"What matters is the fact that we need to be consistent as a team."

The captain, however, admitted that he had a tough time in the last two years, a period that witnessed 10 of the 12 defeats the team has suffered under his leadership -- including back-to-back away drubbings in both England and Australia.

"In such a scenario it becomes tough, and you start questioning yourself," admitted Dhoni.

"But it is important to stay focused and get rid of the negative thoughts," he added.

'Against England, we weren't at our best' 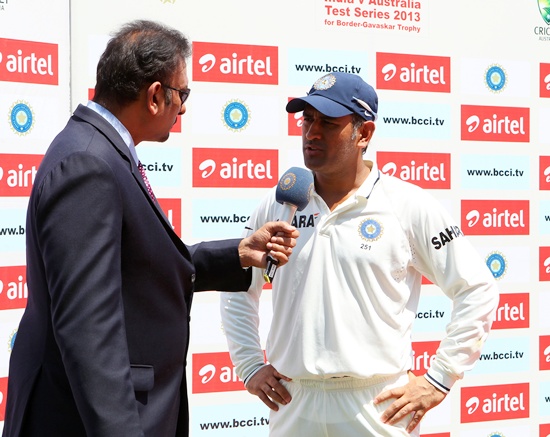 If the defeats suffered overseas weren't enough, the home loss against England last year was no less than a humiliation.

Dhoni was pertinent in his assessment when it came to that debacle.

"Against England, we weren't at our best," he admitted.

"We were not scoring enough runs for our bowlers to get aggressive," he added.

The fact that the team performed incredibly well in the first two Tests against Australia has left Dhoni relieved.

'I am happy with the performance of the team' 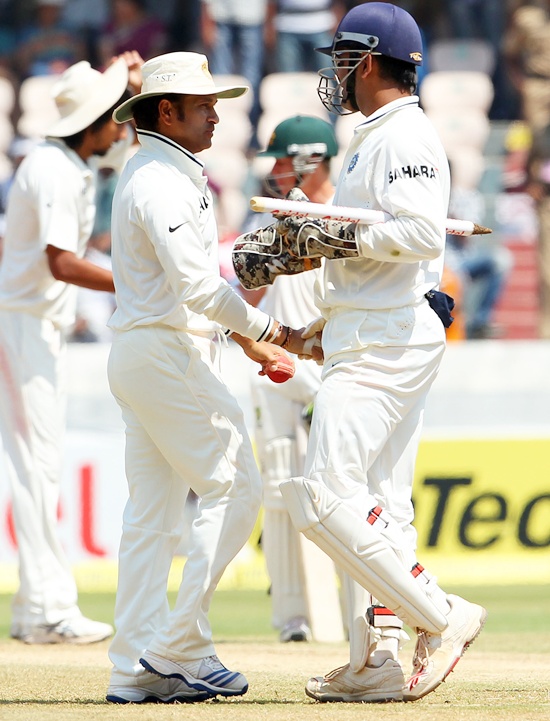 While a win in the opener in Chennai was largely due to the nature of the wicket, the result at Hyderabad was a cultivated one.

The captain explained the plan of action.

"We didn't get any success in the second session on Day One. But in the final session we bowled them out.

"We realised we needed to wait for the ball to get soft, because once it became soft it turned.

"That's why Ishant (Sharma) started with the ball today before the spinners were brought in," he explained.

Having wrapped up the game with five sessions left, Dhoni was content.

"I am happy with the performance of the team. Overall, we are playing very well now," he added.

If India continues in the same vein there will be many more Test wins for Dhoni in the years to come.

For the moment, though, he is India's most successful captain, ever!