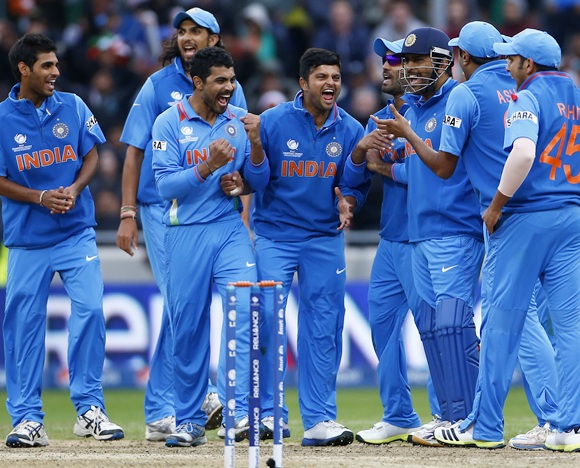 World champions India beat England in a rain-shortened final to win the ICC Champions Trophy, in Birmingham, on Sunday.

R Ashwin bowled the final over as England needed 15 runs for victory, but they finished five runs short in a match reduced to 20-overs-per-side because of rain which delayed the start of play by nearly six hours.

Shikhar Dhawan and Virat Kohli contributed with the bat 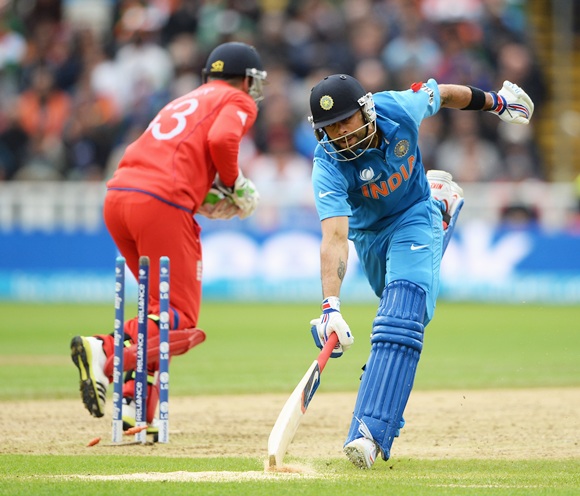 Earlier, India's batting failed to deliver when it mattered most and they were restricted to a modest 129 for seven by a disciplined England attack.

A couple of stoppages after the match finally started also didn't help India's cause. Barring the in-form Shikhar Dhawan (31) and Virat Kohli (43, 34 balls, 4x4, 1x6), none of the other top-order batsmen made significant contributions after India were put in to bat.

Kohli and Ravindra Jadeja (33 no) added 47 runs for the sixth wicket after India were reduced to 66 for five. 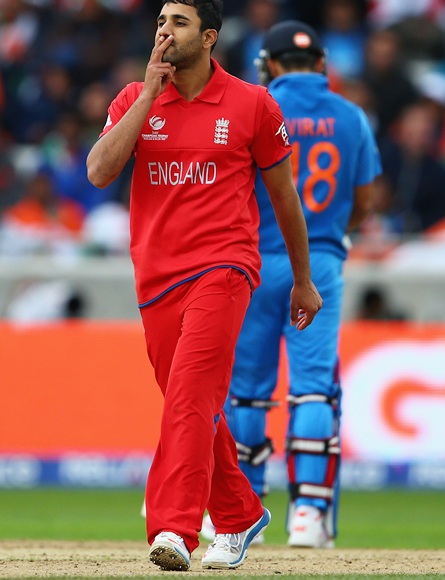 Ravi Bopara's (3/20 in 4 overs) brilliant, incisive spell in the middle overs proved invaluable for England as the largely untested Indian middle-order could not stand up and be counted on D-Day. 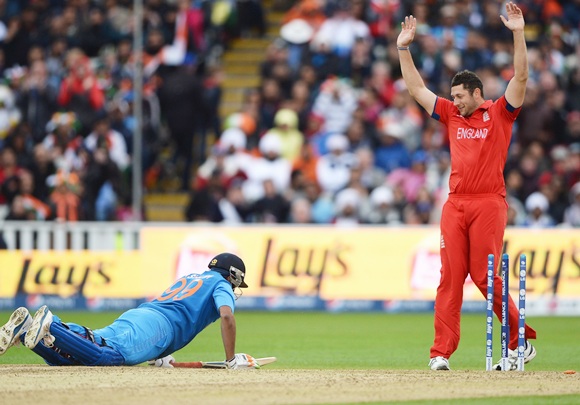 Dhoni's decision to send Dinesh Karthik (6, 11 balls) above himself and Suresh Raina was surprising considering the match was curtailed to 20 overs. Karthik struggled to get going during his brief stay and he was out trying a wild sweep-shot as Eoin Morgan took a simple skier. 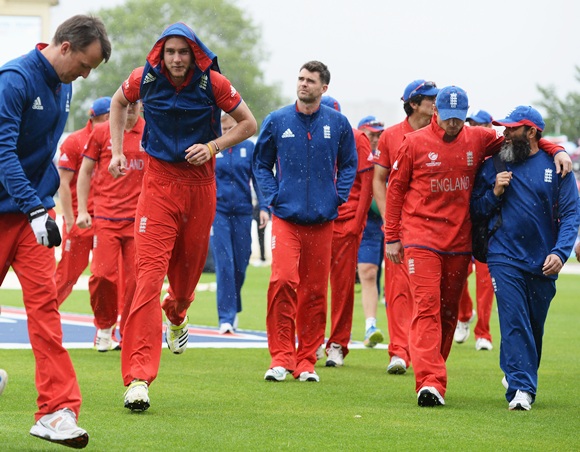 The two teams came out for the national anthems before rain played spoilsport, forcing everyone back into the dressing room and delaying the start of the all-important final.

Yadav grabs the wicket of Cook 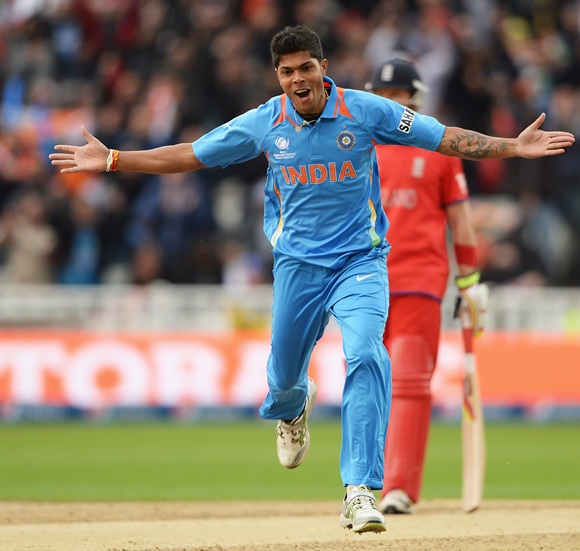 Umesh Yadav bowled the second over. He started with a full delivery, which Cook defended on the off-side; the next ball back was hit back to the bowler.

Cook (2) was beaten off the next two balls and the pressure payed off.

He tried to run it down to third man but got an edge and Ashwin came up with a superb catch at first slip. 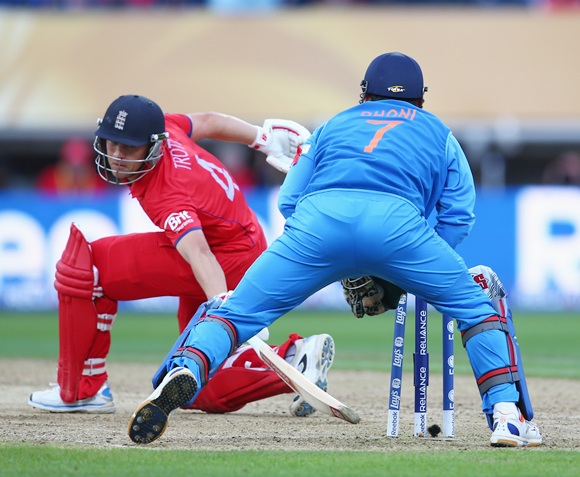 Ashwin got his man as the ball turned and Jonathan Trott played the walking shot but missed the ball and Dhoni completed a good stumping down the leg side.

Trott walked back after a quick knock of 20 from 17 balls. 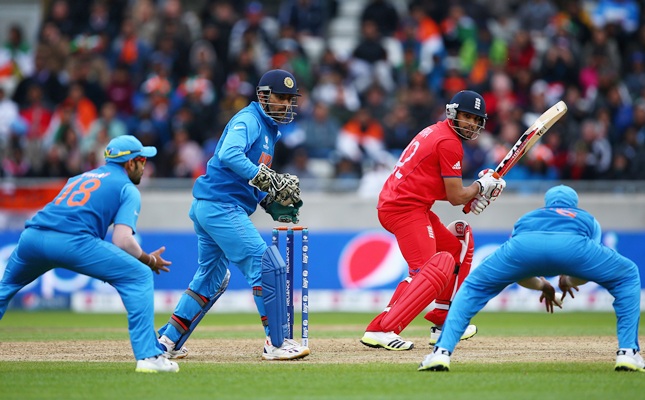 Ravi Bopara pulled a short ball from Ishant Sharma straight into the hands of the fielder at backward square leg after scoring 30 from 25 balls.

Two wickets in two balls and suddenly India were back on top.