Sign in  |  Create a Rediffmail account
Rediff.com  » Cricket » 'I was lucky Sachin played for India and did not have to bowl to him' 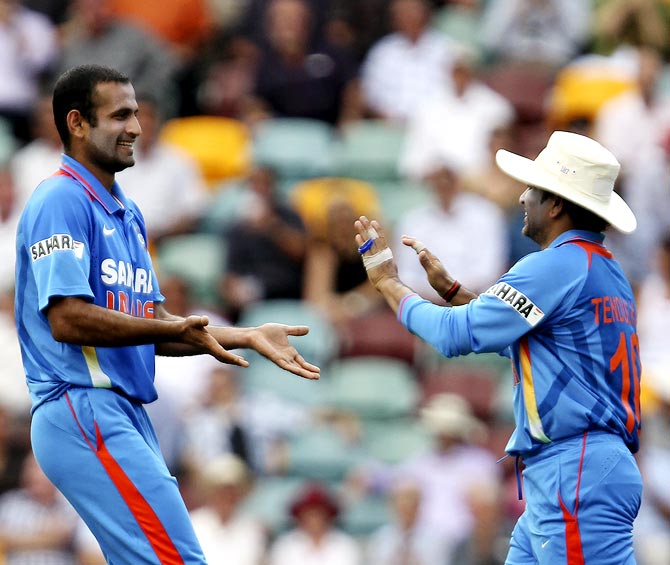 It's nearly a decade since India pacer Irfan Pathan made his international debut. He was just 19 when he played his first Test, against Australia in Adelaide, in December 2003. Over the years, he had numerous team-mates and coaches, but, among them, there was one who was inspiring. Yes, Sachin Tendulkar!

Ahead of the batting maestro’s 200th and last Test next month, Pathan spoke with Harish Kotian. Among other things, he looked back on his first meeting with Tendulkar and said why he will cherish his wicket in an Indian Premier League match two years back.

"This is as big as it gets, because I don’t think anyone will be able to play 200 Test matches. We have so many matches now that it will be impossible to achieve the landmark; you will need to play for nearly 24-25 years to get to 200 Tests, which Paaji has done. I don’t think anyone can survive in cricket for so long. You go through so much in such a long period of time, like form, injuries, travel and personal life etc. It takes a huge toll on your body. So what Sachin has achieved is really special. He has contributed not only to Indian cricket but also internationally. 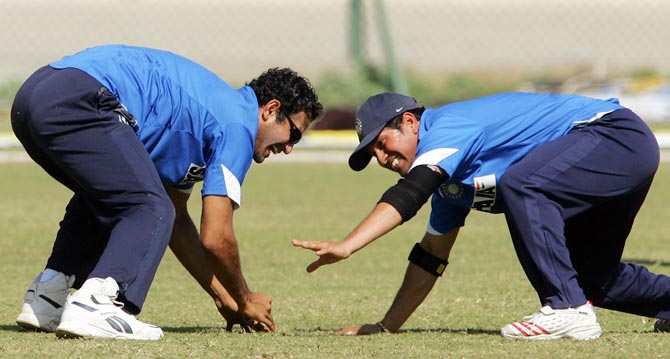 I will remember him as someone who was special and extraordinary. He is so down-to-earth and approachable despite achieving so much in his career.

The first time I met him was way back in 2002, when we had a camp in Bangalore for all the Indian team probables. It was the first time I saw him bat in practice sessions, and everyone was watching him bat; fans were mobbing him for autographs. I was left stunned and kept looking at him; it was literally an achievement for me to have seen him from so close.

After a year, I got the chance to finally share the dressing room with him when I made my debut in Australia. His advice to me before that Test match was simple: play your natural game and just look to enjoy out in the middle. 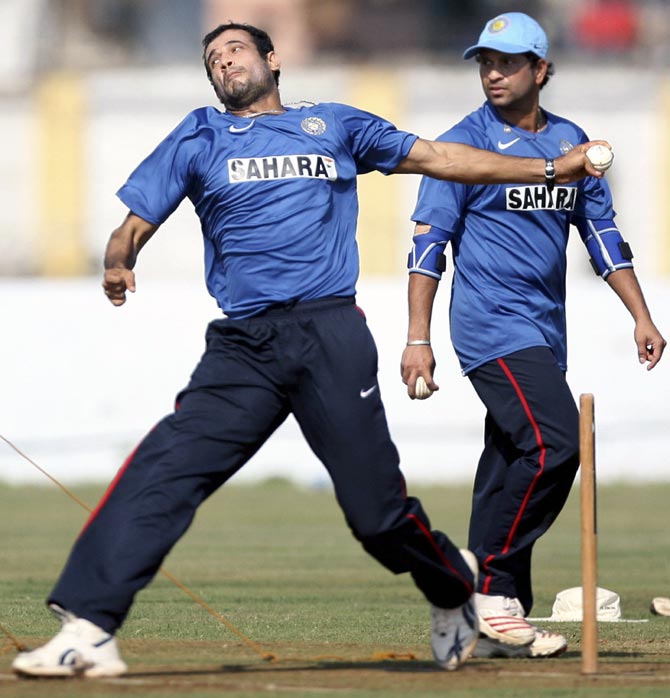 I still remember, he used to stand at mid-off or mid-on, especially for me, and keep talking to me to make me feel relaxed in my debut match. If you talk to an experienced player like Sachin, you learn so much by just talking to him, watching him on and off the field and picking tips from him.

I remember quite distinctly that whenever I bowled him in the nets, because in the last 10 years I don’t think I managed to get his wicket many times in practice. If you talk about getting his wicket in a match situation, I think, I managed it once, during an IPL match in 2011. Sachin’s wicket is the best in the world and it will always be special to me.

There will never be a batsman better than him, because I don’t think anyone can get the records he has got. Also, he has all the strokes in the world, whether on the off-side or leg side. So, there is no way you can stop him from scoring. You have to be perfect as far as your accuracy is concerned and also need to do something special to get his wicket. I think he is the best batsman I have ever bowled to. 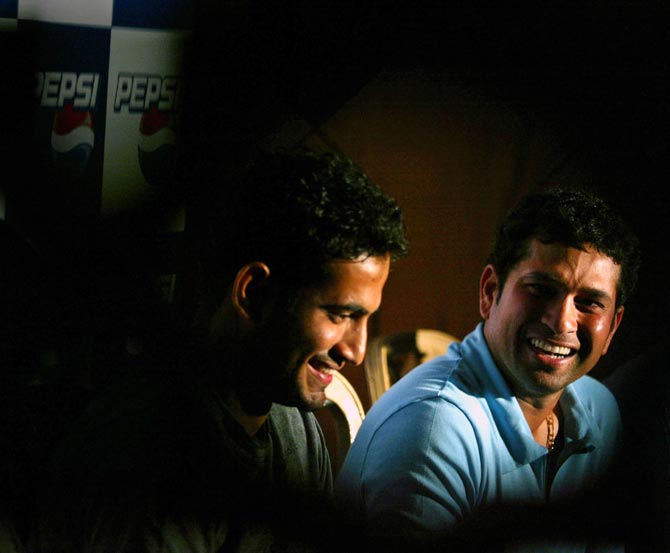 Sometimes I feel I was lucky that Sachin played for India and did not have to bowl to him. I'm sure many Indian bowlers also feel the same.

When I started watching cricket as a kid, he was playing. Then I made it to the Indian team many years later and today too he is still there. That’s why the announcement of his retirement shocked me. It will be very sad to see him go. He was always there for me. While I will miss him a lot, I will cherish every memory of him, because I had a special attachment with him.

There are many moments of me and Sachin that will stay with me forever, but I want to recall this very funny one.

When I was new and we were touring Australia, we were in the dressing room and Sachin was having something green, some Wasabi dish. He came up and asked me to taste it, saying it is very sweet. I blindly trusted Paaji and it turned out to be so spicy that I turned red after eating one spoon. Looking at me he had a good laugh before offering me some water. I think he did that to make one feel comfortable and relaxed.

Whenever a new player comes into the team he always looks up to Sachin -- the way he prepares, what he does before a match, where he sits and all his mannerisms. You learn a lot by merely watching him.

Among many of his traits, I learnt to be humble and never let success get to your head.