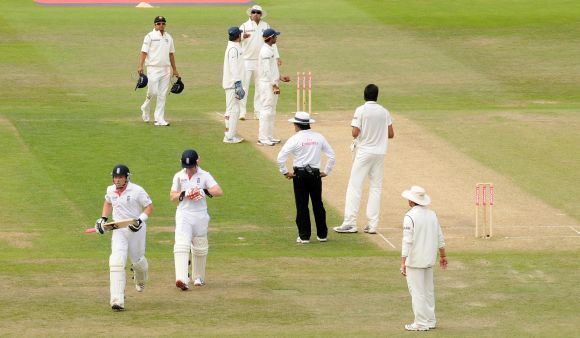 A complaint lodged by the Indian team against England fast bowler James Anderson for allegedly pushing and abusing Ravindra Jadeja in the pavilion during the lunch break on Day 2 of the Trent Bridge Test has threatened to snowball into a major controversy.

The ICC has charged Anderson with a level three breach of its code of conduct, which could result in a four-Test ban.

India’s move to lodge an official complaint has upset the England and Wales Cricket Board, so much so that the hosts have lodged a counter-complaint against Jadeja with the ICC.

Rajneesh Gupta takes a look at other major controversies between England and India in recent times.

On the third day of Trent Bridge Test in 2011, Ian Bell’s run-out at the stroke of tea threatened to erupt in to a major controversy before Mahendra Singh Dhoni withdrew the appeal and the decision was overturned.

Ian Morgan flicked the last ball of the last over before tea (from Ishant Sharma) to deep square leg. Praveen Kumar failed to field the ball. Morgan and Bell had taken three runs and were unsure whether the ball had reached the boundary.

It had not. Bell jogged halfway down the pitch even as Morgan held up his arm to stop him and then continued walking down.

In the meanwhile, Praveen’s throw was collected by Abhinav Mukund, who took off the bails at striker’s end and appealed for a run-out.

Bell was heading towards the pavilion by that time with Morgan.

After a long delay the third umpire ruled that the ball had not crossed the boundary. The decision of "out" flashed up on the screen, and the Indians left the field to heavy booing from the crowd.

During the tea interval, Andrew Strauss and Andy Flower (then England coach) went to Indian dressing room and requested Dhoni to withdraw the appeal. Dhoni went across to his team-mates and sought their view.

The team agreed to recall Bell to the crease and the decision was made known to the England camp.

When the Indian team came on to the field after the tea-break, the crowd booed them and the two umpires.

A small section of the crowd even chanted the word 'cheat', unaware of what has transpired during the break.

An announcement was made on the public address system about Indian team’s decision to withdraw the appeal. Once the announcement ended, applause rang out all around Trent Bridge.

After the end of day’s play Ian Bell admitted that it was naïve of him to leave the crease with ball still in play.

Rahul Dravid said the Indian team was in unanimous agreement that the decision had to be reversed. "In the laws of the game, if you follow them strictly, that was out, but it didn't feel right in the spirit of the game," he said. 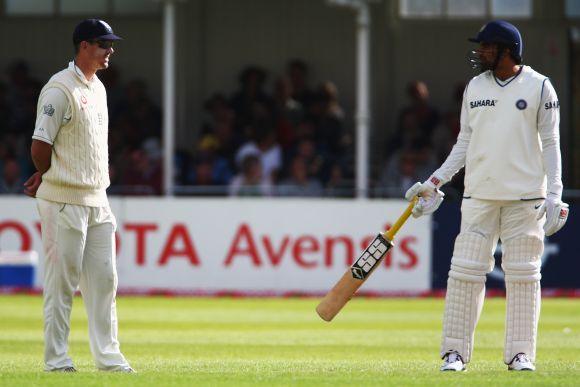 The 2007 game in Nottingham was an ill-tempered affair, remembered as 'jelly-gate'.

Zaheer came out to bat with India at 464 for six and saw some jelly beans left on the pitch.

The Indian pacer removed one from the pitch, but found some more were thrown at the pitch after playing a ball.

Obviously, someone was chucking them from behind him, which he didn't like.

Zaheer pointed his bat angrily at Kevin Pietersen, but since Pietersen was several yards away in the gully, the culprit was more likely to have been Alastair Cook, who was fielding close enough at short leg.

The English fielders came hard at Zaheer, making fun of him. 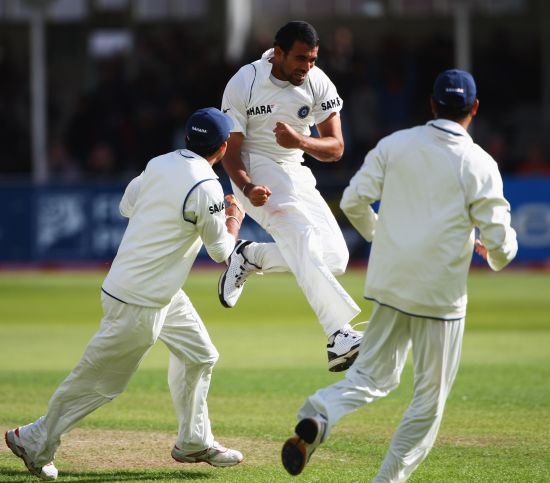 Not the one to back away, Zaheer responded in his own style as he ran through the England batting line-up when England batted second time in the match, taking 5 for 75 to add to his first innings tally of 4 for 59, giving India a memorable win.

After the match, Zaheer said he felt "insulted" by the incident, but it inspired him to do well and rest was history. 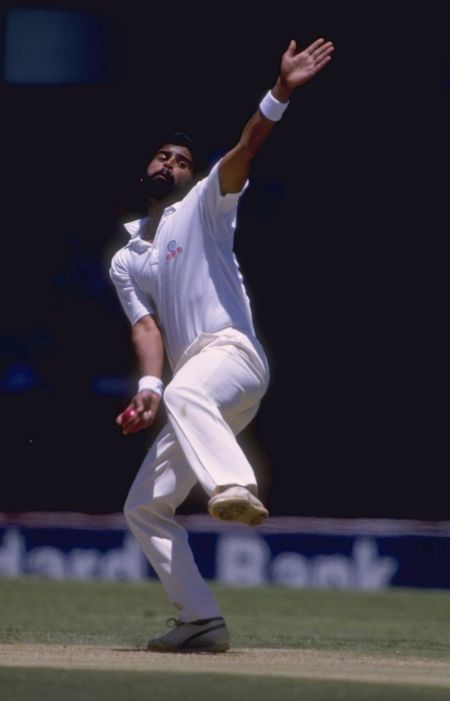 English tabloids were full of conspiracy theories that Chetan was chucking the ball, otherwise it was not possible for a bowler of his height and built to do the things with the ball he was managing.

Nothing came out of it, though.

When England players used Vaseline to get swing 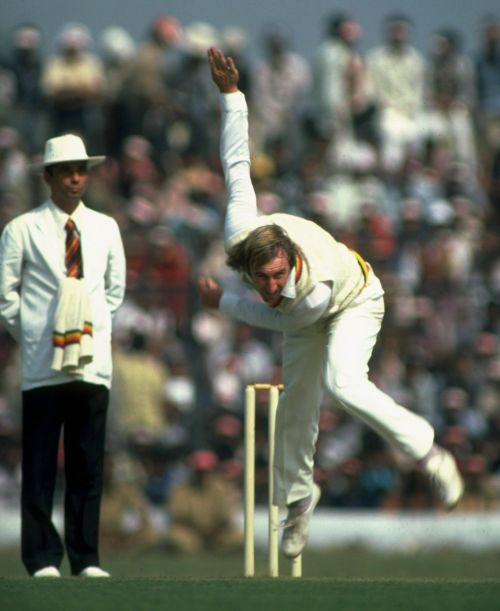 In the first Test at the Feroze Shah Kotla in Delhi on England's tour to India in 1976-77, India were reduced from 43 for no wicket to 49 for 4 on the second evening, thanks largely to John Lever, the Essex left-arm bowler, who swung the game England's way.

He went on to take seven in the innings, and ten in the match.

By the third Test of the series, it was not just the Indians, down 0-2, who were sweating. The England team physio proposed a solution for his bowlers: strips of Vaseline-soaked gauze stuck on their brows to prevent the perspiration from dripping down their faces.

During the course of the match, Lever, at one point, took off his gauze and threw it on the ground, where it was seized upon by the umpire.

Bedi, the Indian captain, alleged that the bowler had, in effect, engaged in ball-tampering - not only in the game underway, but also in Delhi - by rubbing vaseline on the ball, thus getting the swing that destroyed India in both Tests.

England, for their part, said that while there had been a technical breach of the law, the offence was totally unintentional, and pointed out that by the time the gauze strips were worn there was no need to resort to illegitimate means as the Indian innings was already on the rocks.

In 1974, Sudhir Naik was accused of stealing a pair of socks from Marks & Spencers.

Naik refuted the charge, saying why he would steal a pair of socks when he had paid for many other items bought from the same store. However, Indian team management pressurised him to accept the charge to avoid questioning from the police.