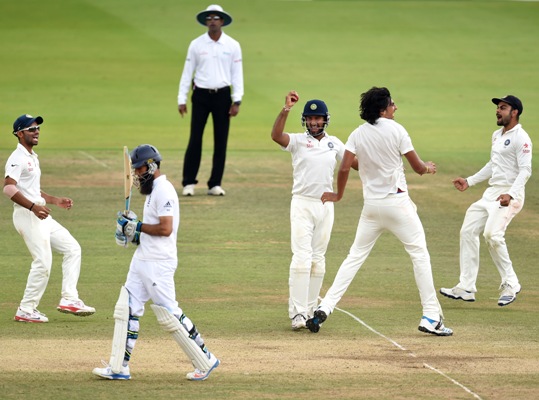 Ishant Sharma claimed seven wickets to bowl India to a 95-run victory over England in the second Test at Lord's on Monday, their first overseas win since 2011.

It was also India's first Test victory in 15 matches overseas.

India's second victory at the home of cricket, the first since 1986, continued England's miserable year after a series defeats by Australia and Sri Lanka.

England has now not won in 10 Tests.

Resuming at 105 for four and needing 319 for victory, Joe Root and Moeen Ali survived the morning session before the latter was out for 39 to a short ball from Sharma.

It was the final delivery before lunch and the hosts were reduced to 173 for five at the break. 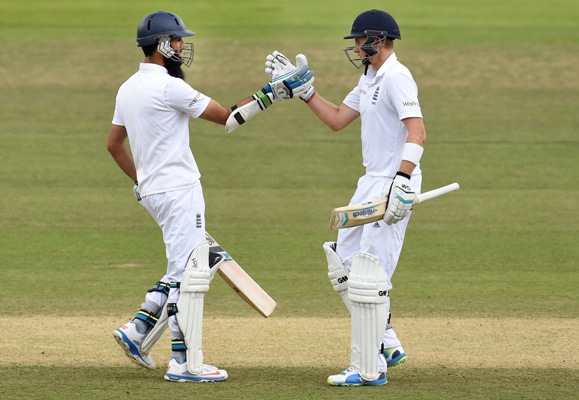 Earlier, Root and Moeen showed commendable poise in a testing opening session as England set out to score an unlikely victory.

Root brought up his half-century with his third boundary off Sharma's 16th over as the run-rate slowly increased later in the session.

The pair looked to have survived the morning session before a brute of a delivery from Sharma forced Moeen to fend off the ball to Cheteshwar Pujara at short leg. 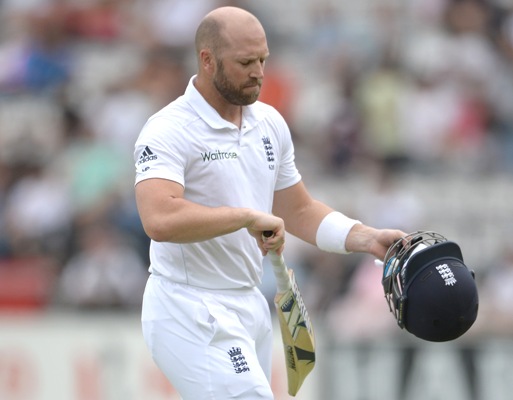 Image: Matt Prior of England leaves the field after being dismissed by Ishant Sharma
Photographs: Gareth Copley/Getty Images

Matt Prior (12) was guilty of playing an irresponsible shot.

Having dispatched Sharma for two boundaries in an over, the England wicketkeeper got carried away and hit a short ball from the same bowler straight to Murali Vijay at deep mid-wicket.

It was probably the last we have seen of Prior in the series. Ishant Sharma then struck twice in his 20th over to seal the result for the visitors.

He first had Ben Stokes (0) caught by Pujara at mid-wicket.

The two dismissals gave him a fourth career six-wicket haul, his second this year after his effort against New Zealand at Wellington. 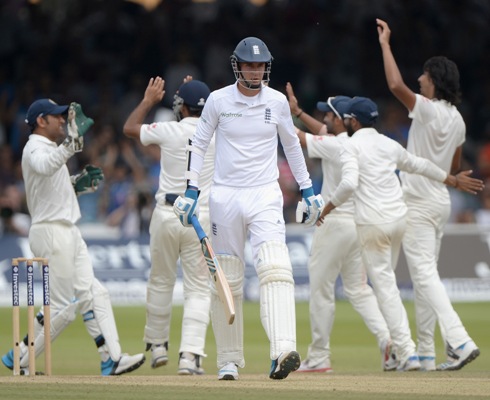 Sharma claimed his fifth victim of the day and seventh of the innings when he had Stuart Broad caught down the leg side by Mahendra Singh Dhoni.

He returned career-best figures of seven for 74 and was adjudged the man of the match for his effort.

James Anderson was the last to fall, run-out by Ravindra Jadeja.

The hosts trail the five-match series 0-1.

The third Test starts in Southampton on Sunday.