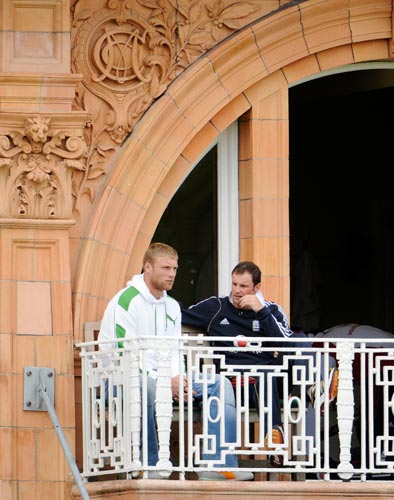 England's Andrew Flintoff and captain Andrew Strauss talk on the dressing room balcony before a training session prior to the second Ashes Test match at Lord's.

England are optimistic that Andrew Flintoff will be fit for the second Ashes test starting at Lord's on Thursday following the all-rounder's latest injury scare. 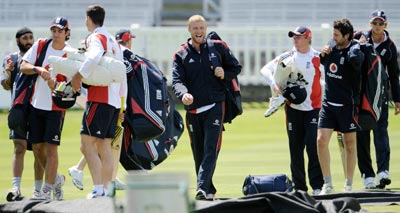 Flintoff, 31, suffered pain and swelling in his right knee, which required an operation this year to repair a torn meniscus, after the drawn first Test in Cardiff on Sunday.

He missed the two home Tests against West Indies and the Twenty20 World Cup.

"He saw the surgeon that operated on his knee," head coach Andy Flower told a news conference on Tuesday.

Freddie has missed 62 Tests since debut 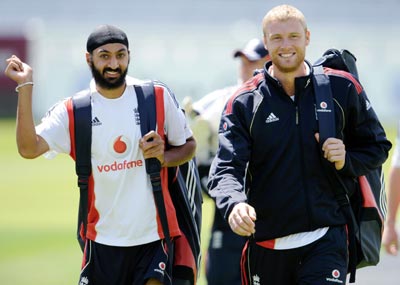 Flintoff has endured four operations on his left ankle and also suffered hip and shoulder injuries.

'We'll assess and make a decision' 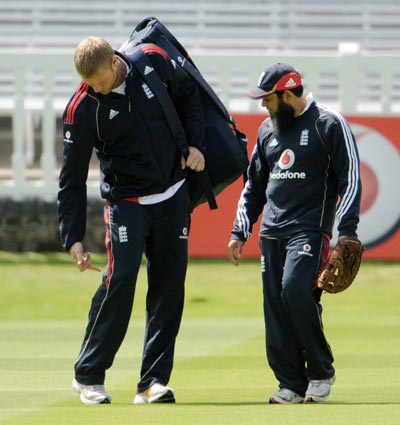 However, the England think tank seemed confident that the allrounder would be available for selection in the second Test.

"We'll assess it tomorrow and make a decision then."

'He seems vulnerable a lot of the time' 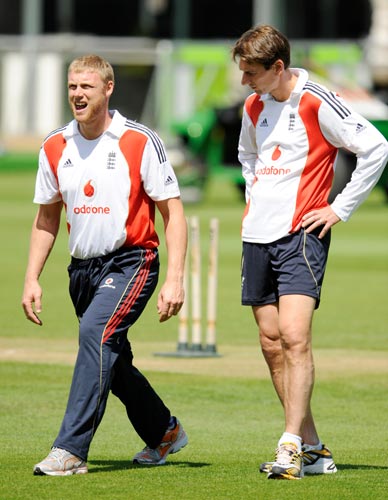 Flower said the selectors were always concerned about Flintoff's fitness because of his injury record.

"He seems vulnerable a lot of the time, so we can't get away from that, but he's a hell of a player and we want him in our side if he's fit," he said.