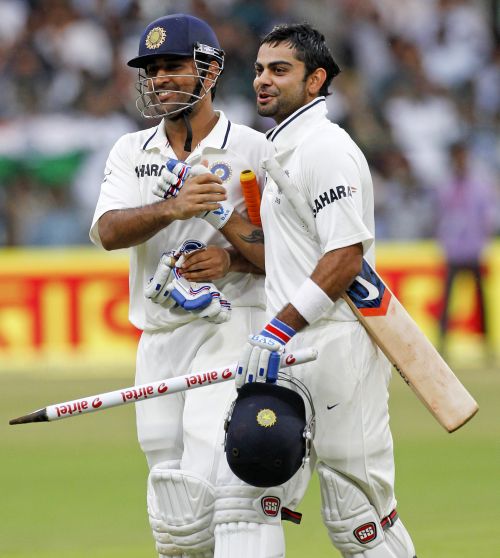 Indian captain Mahendra Singh Dhoni and star batsman Virat Kohli were nominated for the International Cricket Council's People's Choice Award, the winner of which will be declared on December 13 during the governing body's 10th annual awards.

"The quintet of players nominated for the award are Australia's Michael Clarke, England's Alastair Cook, India's duo of MS Dhoni and Virat Kohli, and South Africa's AB de Villiers," the ICC said in a statement.

Both Kohli and Dhoni have been ICC award winners in the past. While Kohli won the ICC ODI Player of the Year 2012, Dhoni had bagged the same trophy in the year 2008 and 2009.

Change in the format of the awards 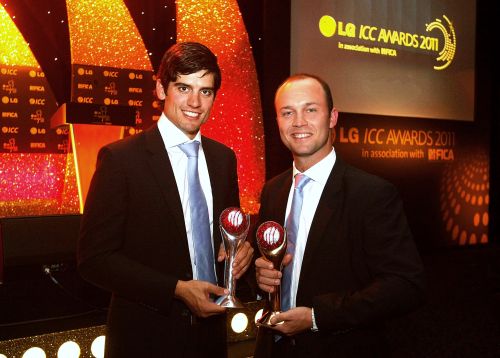 Voting opens and will close at on November 23 with the winner to be announced on December 13, along with all the other winners of the LG ICC Awards 2013.

This year marks the 10th year of the LG ICC Awards, and will see a change in the format of the awards.

The formal event will be replaced with a special TV show that will be broadcast towards the end of the year. The show is set to recap the last year in world cricket and will feature interviews with many nominees and winners.

Change in the format of the awards 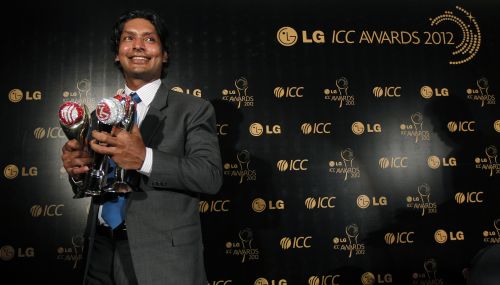 The five players were selected by the panel using the criteria set out by LG and the ICC.

"This is the fourth year of the LG People's Choice Award and it continues to be hugely popular among fans across the globe," ICC Chief Executive David Richardson said.

"This year we see a number of new names nominated for the title, all tremendous entertainers who play with style and skill. I'm sure all the fans will come out in force to vote for their favourite."

Details of the ICC Test and ODI Teams of the Year, as well as short-lists for this year's LG ICC Awards will be announced on November 11 at a press conference in Mumbai.

Based on the period between August 7, 2012 and August 25, 2013, ICC Awards take into account performances by players and officials in a remarkable period for the game.