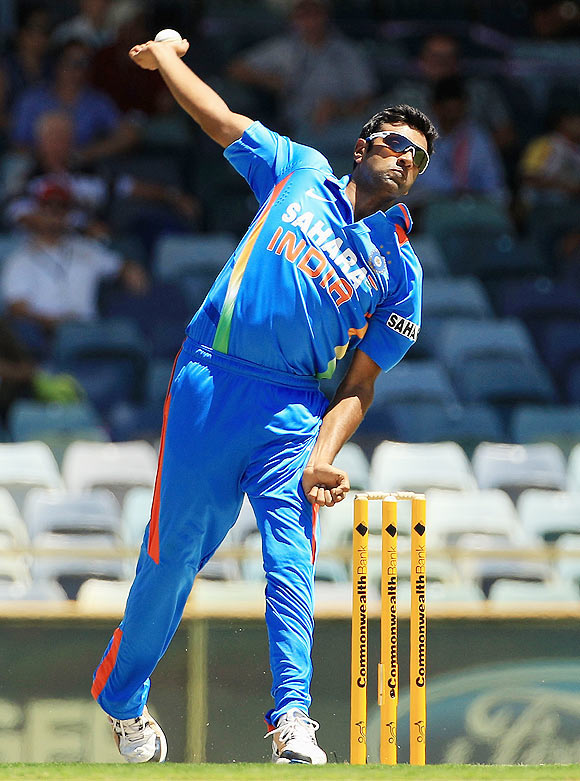 If you have a question relating to cricket and did not know who to ask, bounce them off to Rajneesh Gupta. He will pick questions readers send him and provide answers. Your queries should be addressed to: Ask Rajneesh on Facebook or askrajneesh@rediffmail.com

Rajneesh replies to questions he received from readers last week:

In a recent Commonwealth Bank Series match between India and Sri Lanka at Brisbane, R Ashwin had mankaded Lahiru Thirimanne, though captain Virender Sehwag later withdrew the appeal and allowed Thirimanne to continue his innings. How many instances are there of a player being mankaded in international cricket? - Neha Makhija

This happened in the 40th over of the Sri Lankan innings. As R Ashwin was about to bowl the third ball of his over, he found non-striker Lahiru Thirimanne had backed up too far even before he had delivered the ball.

Ashwin did not deliver the ball, knocked off the bails and appealed for run-out. As it turned out, captain Virender Sehwag withdrew the appeal and Thirimanne continued his innings. He was on 44 then and went on to score 62.

This particular instance falls under Law 42, which deals with fair and unfair play. The rules were changed last year to allow the bowler to run-out a batsman any time before he has released the ball. Previously he could do it only before entering his bowling stride.

Following are instances of Mankading in international cricket:

The ultimate bunny with the bat 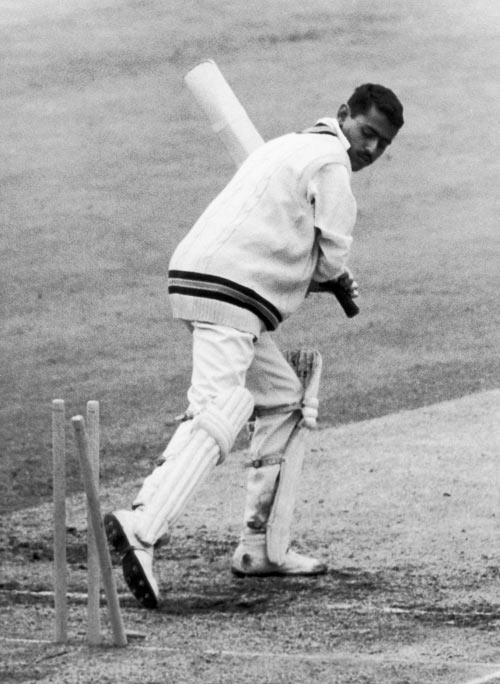 I remember Bhagwat Chandrasekhar once held the record of having more wickets under his belt than the runs he scored in his Test career. Does he still hold this record? - Digambar T

Bhagwat Chandrasekhar took 242 wickets, but scored only 167 runs in his 58 Tests. Among all players, he has the highest wicket-tally that is not beaten by his run-aggregate!

However, there is a new leader when it comes to the highest difference between a player's wicket-aggregate and run-aggregate. New Zealand's Chris Martin has taken 218 wickets in 65 Tests, but has scored only 112 runs in his 94 innings at an average of 2.38, making him the ultimate bunny with the bat.

The difference of 106 between his wicket-tally and run-aggregate is the highest for any Test cricketer. Australia's Bruce Reid is the only other player with 100-plus wickets (113) but less than 100 (93) runs in a Test career.

A bowler bowls and the ball hits the pad for a plumb LBW, but deflects off the inside edge onto the bails breaking the wicket and is snapped up by the keeper without hitting the turf. Bowler and wicketkeeper appeal. Clearly the batsman is out. But what is the method of dismissal? - John Hobson 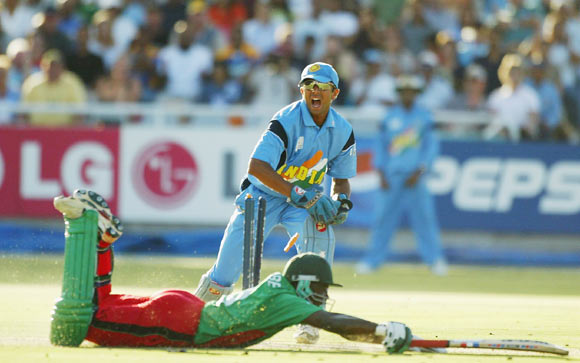 Your reply about Kapil Dev never being run-out in his Test career in the last column made me wonder who holds a similar record in One-Day Internationals and Twenty20 internationals? - Nadeem Siddiqui

The ODI record is held by Kenya's Maurice Odumbe, who was never run-out in his ODI career of 59 innings. New Zealand's Glenn Turner held the record before Odumbe with 40 innings.

Pakistan's Shoaib Malik is yet to be dismissed run-out in Twenty20 internationals despite playing 35 innings, which is a record in the shortest form of the game.

What is the average number of wickets that fall in each of the powerplays? - Mayank Jhaveri

Last October the ICC revised ODI playing conditions with respect to fielding and batting powerplays. As such, neither powerplay may commence earlier than 16th over nor be completed later than the 40th over (in an uninterrupted match).

Since then the average runs scored and wickets fallen in each powerplay is as follows. It may be noted that the data is not available for some matches involving the associate teams.

Who scored the most 55s in Test cricket? 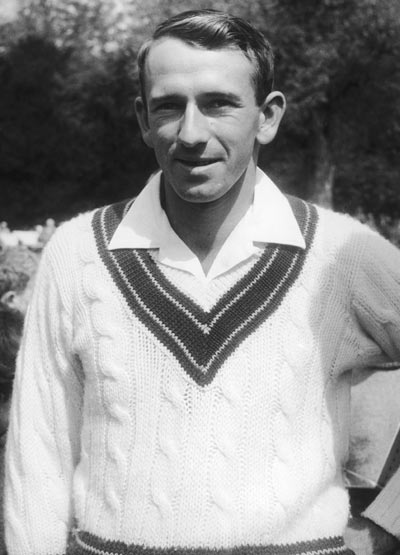 How many times has 55 been scored in Test match cricket?  Who scored the most 55s in Test cricket? - Brian Cheesman

A score of 55 has been made on 267 occasions in Test cricket. Australia's Doug Walters, Pakistan's Salim Malik and Sri Lanka's Hashan Tillakaratne have four such scores against their name.

What are lowest scores by a team that played full 50 overs in an ODI? - Dev Manas

Sri Lanka scored 118 for 9 against New Zealand at Dunedin in March 1983, which is the lowest total by any side batting through their full quota of 50 overs. This is followed by 134 made by Bangladesh on two occasions.

In 60-overs games, the lowest total by a side having played full quota of overs is East Africa's 128 for 8 against New Zealand at Birmingham during 1975 World Cup. This was after New Zealand had scored 309 for 5. On the same day India made 132 for three in full 60 overs against England's 334 for 4. 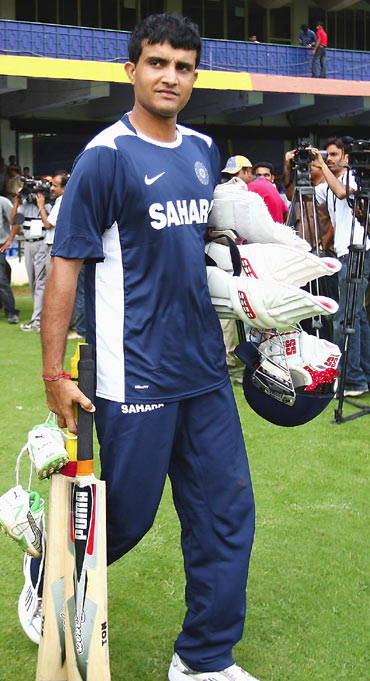 What is the record for maximum number of consecutive Man-of-the-Match awards in ODIs? Who holds it? - Vinay Chougule

India's Sourav Ganguly holds this record. In the 1997 Singer Friendship Cup in Toronto, Ganguly won four consecutive Man-of-the-Match awards. His sequence was interrupted by a no-result game, which was replayed the following day.

Aravinda de Silva is the only one to win three consecutive awards on two occasions, in 1996 and 1997.

Ponting only player to appear in 100 Test wins 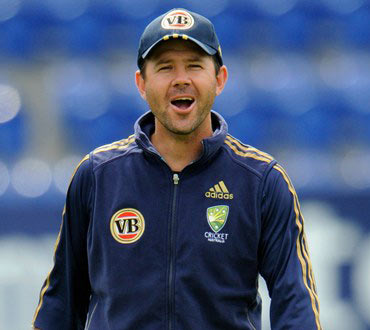 Ricky Ponting recently created a record of being part of 100 Test wins. What is the best for an Indian player, especially for Sachin, Sehwag, Laxman and Dravid? - Sandeep Sharma

Ponting's tally of Test wins now stands at 106. He is the only player having appeared in 100 Test wins. Among the Indian players you have mentioned, Tendulkar has appeared in most wins for India (63). Dravid comes next with 56. Laxman and Sehwag have featured in 47 and 37 wins respectively.

Two other players have made more appearances in a winning cause for India than Laxman and Sehwag. They are Anil Kumble (43) and Harbhajan Singh (40).

Incidentally, Ponting's tally of 106 is just six less than total number of Tests won by India since 1932!