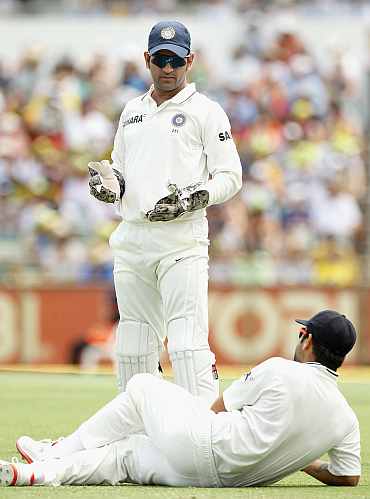 India's surprise capitulation has evoked sharp criticism from former players and Madan Lal went to the extent of saying that Dhoni should be sacked.

"I think time has come to remove Dhoni as the Test skipper as he is not enjoying his cricket. Time has come to bring in someone else who has fresh ideas," Lal, a former fast bowler, said in a TV show. 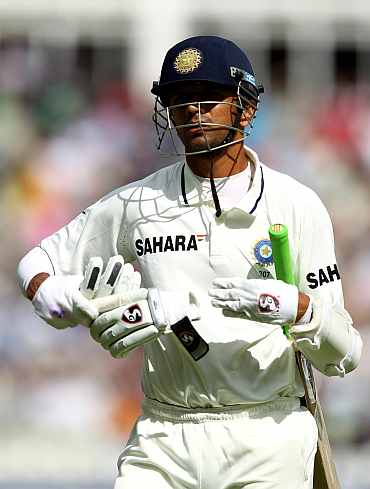 Former skipper Sourav Ganguly said age is catching up with Dravid and Laxman and India must look for their alternatives before the next series abroad.

"You cannot expect Rahul Dravid and VVS Laxman to keep on repeating what they did at the Eden Gardens a decade ago. They were young then and are now nearing 40.

"I have always said the senior players should decide the timing of their retirement on their own.

"Dravid and Laxman will continue to score runs at home. However, India's next series abroad will now be in 2013 so they have to make a mature decision," Ganguly opined. 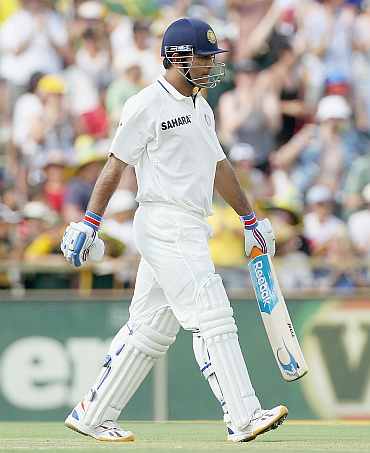 Ganguly was of the view that India cannot save the Perth match and will lose the Adelaide Test too.

He also said that Dhoni should prove his worth as a Test batsman in the remaining three Indian innings otherwise his place in the XI was not guaranteed.

"Going by the result, we will definitely have to make big changes after the current tour. Otherwise good luck to Indian cricket.

"I will give Dhoni three more innings to prove himself as a Test batsman. If he does not score, his place in the final XI will not be guaranteed," he said.

World Cup winning captain Kapil Dev came down hard on the BCCI for not doing enough to build a strong team.

"Board is doing extremely well when it comes to making money and controlling world cricket. But what is the use if your team fails to win matches abroad? Team is looking divided and Dhoni's days as skipper will be numbered if he does not perform or continues to show disinterest in the game," Kapil said.