Pakistan are looking for alternative venues for their one-day series against Australia after Sri Lanka withdrew an offer to host the matches.

The five one-day internationals and three Twenty20 matches clash with some of the dates of the Sri Lanka Premier League T20 competition which runs from August 10-31.

"It is very unfortunate that Sri Lanka is no longer hosting our series in August due to the Sri Lankan Premier League," Pakistan Cricket Board chief operating officer Subhan Ahmed told Reuters on Saturday.

"We had started our preparations for the series but now we have to look at other neutral venues after this latest development.

"...This series is very important for us ahead of the Twenty20 World Cup in September," he said.

In March, Sri Lanka agreed in principle to host the series. Pakistan have played their "home" series abroad, mainly in the United Arab Emirates, since a gun attack on the Sri Lanka team in Lahore in March 2009 killed seven people and left five players injured.

© Copyright 2021 Reuters Limited. All rights reserved. Republication or redistribution of Reuters content, including by framing or similar means, is expressly prohibited without the prior written consent of Reuters. Reuters shall not be liable for any errors or delays in the content, or for any actions taken in reliance thereon.
Related News: Sri Lanka, Pakistan Cricket Board, United Arab Emirates, Subhan Ahmed, T20
COMMENT
Print this article
High Court delays Bangladesh tour of Pakistan
CBI officer to visit Dubai for 'Koda aide'
Pakistan name Mohd Hafeez T20 captain 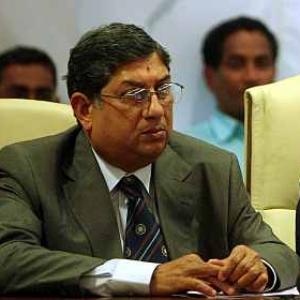