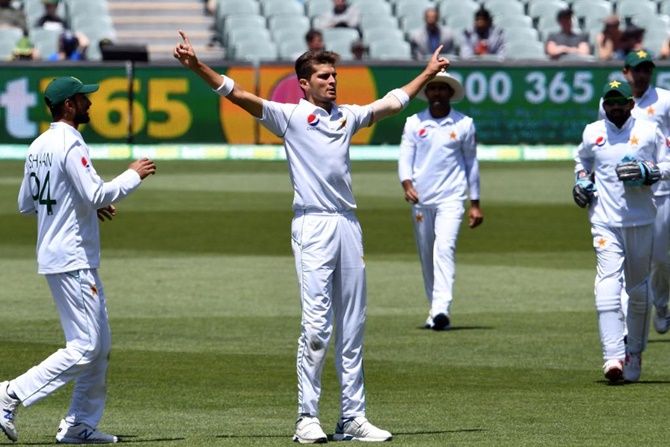 Former Pakistan pacer Shoaib Akhtar has criticised the team for not scalping wickets against Australia in the ongoing day-night Test.

Australia on day two declared their innings after putting a massive total of 589/3. Opener David Warner and Marnus Labuschagne were clinical in Australia's performance. "Clueless how to take wickets on these tracks. Waiting for Australia to declare or just gift the wickets. Asay nahi hota bhai!! #AUSvPAK," Akhtar tweeted.

Pakistani bowlers failed to put pressure on the hosts and failed to pick wickets. The bowlers showcased a dismal performance in the match so far.

Warner went past Mark Taylor and Don Bradman to register the second-highest individual score for Australia in the longest format of the game.

He played an unbeaten knock of 335 runs at the Adelaide Oval. Labuschagne amassed 162 runs before he was picked up by Shaheen Shah Afridi. For Pakistan, Afridi scalped all the three wickets.

Steve Smith became the fastest batsman to score 7000 runs in the longest format of the game.