Opener Murali Vijay and left-arm spinner Kuldeep Yadav were dropped for the last two Tests of the ongoing five-match series against England. 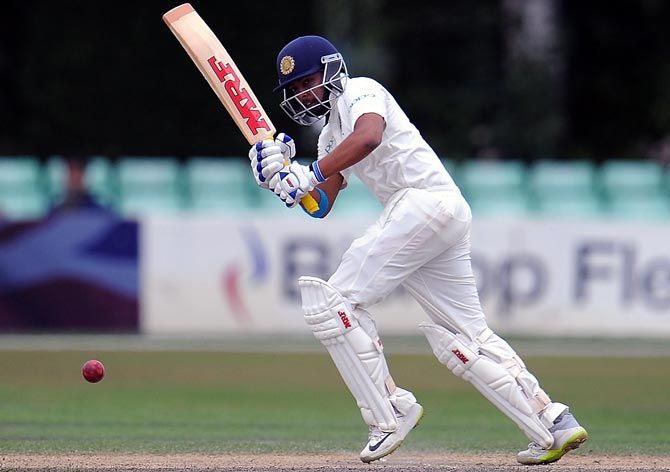 IMAGE: Prithvi Shaw was called up to India's Test squad after his consistent showing with the bat for India 'A' and in domestic cricket. Photograph: Harry Trump/Getty Images

Mumbai youngster Prithvi Shaw and Andhra batsman Hanuma Vihari were the two surprise inclusion in India's squad for the last two Tests of the ongoing five-match series against England.

Veteran opener Murali Vijay was axed after a disastrous show in the first two Tests while chinaman Kuldeep Yadav made way for an additional batsman.

Vijay failed to score in both innings of the second Test at Lord's after he had managed just 20 and six in the series opener in Birmingham.

With Shikhar Dhawan and K L Rahul doing well in India's victory at Trent Bridge, the 34-year-old Tamil Nadu opener was left out of the squad with the young Shaw getting his maiden call up to the Indian team.

"I am feeling good, what else can I say. I cannot express myself in words. I am confident that India A's recent tour of England will be helpful," Prithvi told PTI.

India won the third Test in Nottingham by 203 runs to reduce England's lead to 2-1 after the hosts had won the first two matches.

18-year-old Shaw has been among the runs since he made his first class debut last year. He started with a century on debut for Mumbai in the Ranji Trophy semi-finals against Tamil Nadu in January last year and then went on to score a century on debut in Duleep Trophy.

He led India to the Under-19 World Cup title earlier this year. 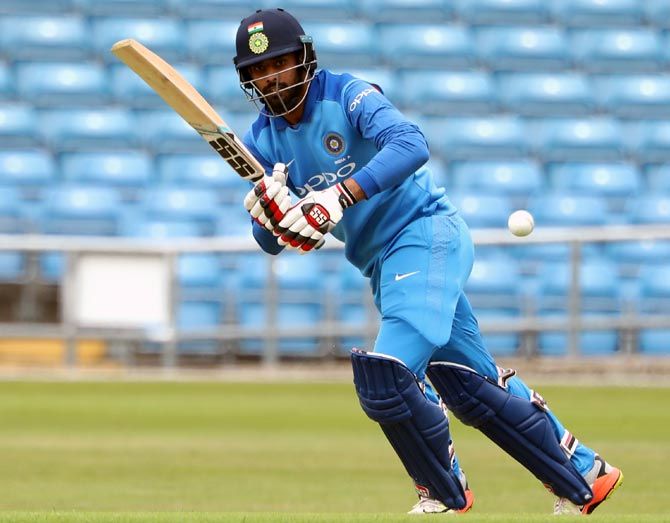 Shaw first made headlines in 2013 when he scored a record 546 for Rizvi Springfield in the Under-16 schools tournament in Mumbai.

On the other hand, Vihari has been a consistent run scorer in domestic cricket for the past few seasons. Playing for India 'A', he recently hit 148 against South Africa 'A' and had smashed 147 against West Indies 'A' in Northampton earlier this year.

Last year, Vihari, 24, had scored a triple century for Andhra against Odisha, for an impressive tally of 5142 runs in 63 first class games at an average of 59, with 15 centuries.