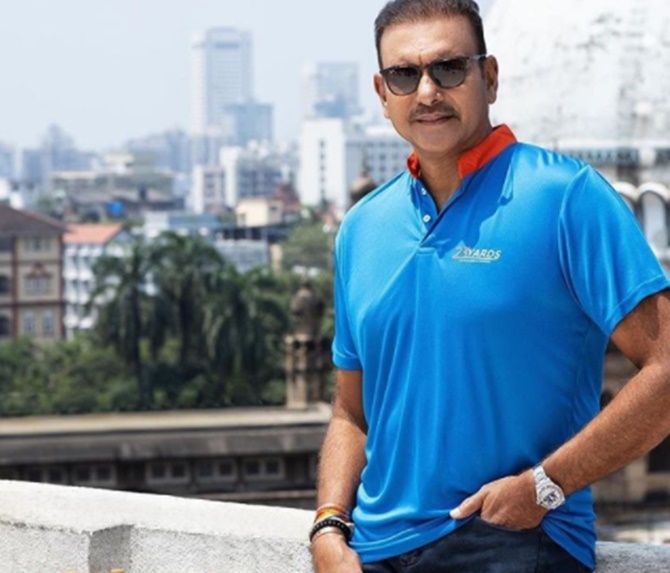 Team India coach Ravi Shastri will come out with a book this summer where he will walk down the memory lane, offering a rare look at the illustrious cricketers from across the globe who have helped shape his career in cricket and beyond.

The book will be co-written by sports journalist Ayaz Memon and features illustrations by Shiva Rao, HarperCollins India announced about the acquisition on Sunday.

On this day 36 years ago, Shastri while playing for Bombay in the Ranji Trophy match against Baroda plundered six sixes in an over by Tilak Raj.

In the book, Shastri looks back on the extraordinary talent that he's encountered over the course of his career. He also shares never-before revealed anecdotes and insights.

"I've had the privilege to play against, watch as well as commentate and now coach, some of the greatest cricketers to ever walk out on the pitch. I'm very pleased to be sharing my stories, a glimpse into my exciting life involved with cricket," Shastri says.

According to senior commissioning editor at HarperCollins India, Sonal Nerurkar, "From Champion of Champions to one of the world's top cricket commentators to India's head coach, Ravi Shastri has an incomparable perspective when it comes to the game of cricket."

Diya Kar, Publisher at HarperCollins India, says Shastri's "deep love for the game, his intimate accounts of the cricketers he's played with, and his sharp observations, make this slice of life a treasure".

From his vantage point in the commentator's box, and as Team India coach, he has watched the talents of Yuvraj Singh, MS Dhoni and Virat Kohli blossom.

We know what he said when Yuvraj Singh matched his record of six sixes, but how did he really feel about Yuvi laying claim to his title? What did he want to tell Mahendra Singh Dhoni, but didn't, when he announced his decision to retire? How does he separate his special bond with Virat Kohli and his role as coach?

These are some of the questions Shastri will answer in the book.

Shah to attend next ICC Board meeting as Ganguly is recovering: Dhumal

BCCI secretary Jay Shah will be attending the ICC Board meeting later this month in place of president Sourav Ganguly, who is recovering from a minor heart attack.

The convention at ICC meetings is that board presidents of member nations attend the Board of Directors meeting while secretary attends Chief Executives Meeting (CEC).

The secretary is also an Alternate Director at the ICC board.

"Our secretary (Shah) will be representing BCCI at the next ICC board meeting as Dada is recovering and has been advised rest. This is only for this meeting," Dhumal clarified to PTI after conflicting reports emerged about change of BCCI representation at the ICC Board.

"Since the secretary will attend the board meet, I was asked to attend the ICC CEC meet which was virtually held recently," Dhumal said.

It is understood that T20 World Cup in India will be one of the main issues discussed in the meeting.

On January 2, Ganguly suffered a mild heart attack and was admitted at a Kolkata hospital where he underwent angioplasty.

The former India captain has been advised complete rest for three weeks. 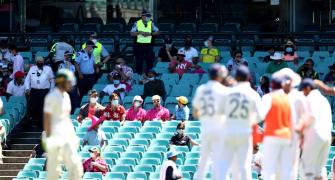 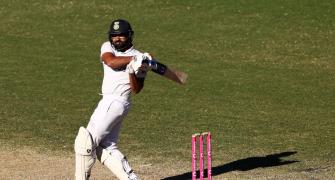 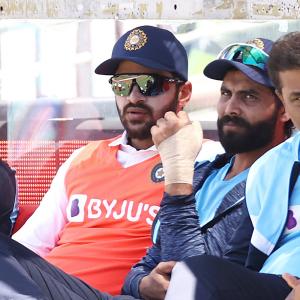