Pant's hundred was best counter-attacking innings I have seen at number six on Indian soil: Shastri 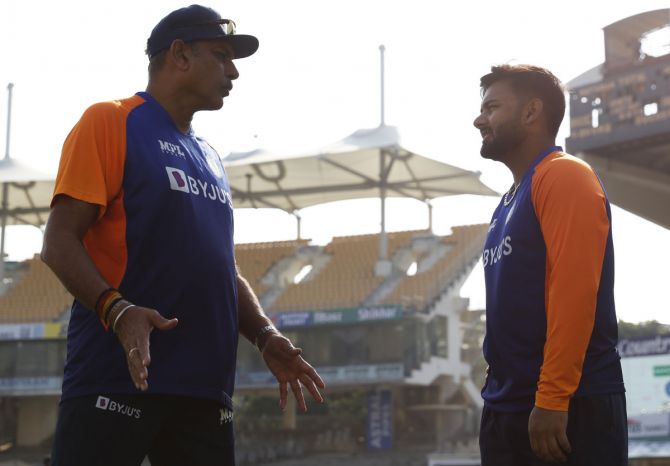 India coach Ravi Shastri, on Saturday, said Rishabh Pant's game-changing hundred against England in the fourth Test, in Ahmedabad, was the best counter-attacking knock that he has seen by a number six Indian batsman on home soil.

Pant, in an innings that was just the right mix of caution and aggression, notched up 101 off just 118 balls, playing a crucial role in India winning the match by an innings and 25 runs to close the series 3-1 on Saturday. 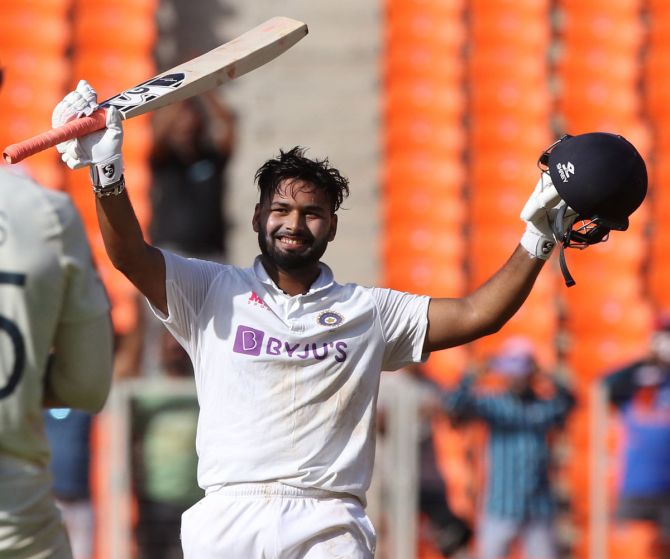 IMAGE: India's Rishabh Pant celebrates after scoring a hundred on Friday, Day 2 of the fourth Test against England, at the Narendra Modi stadium, in Ahmedabad. Photograph: BCCI

"He has worked like hell in the last three or four months and the results are showing. Yesterday's innings is the best counter attacking innings, I have seen in India by an Indian, especially at number six when the ball was turning," Shastri said after India's emphatic win in the fourth Test.

"We were hard on him. Nothing comes easy and he was told in no uncertain terms that he has got to respect the game a little more. He has got to lose some weight and work hard on his keeping."

"We know the talent he has. He is a genuine match winner and he has responded." 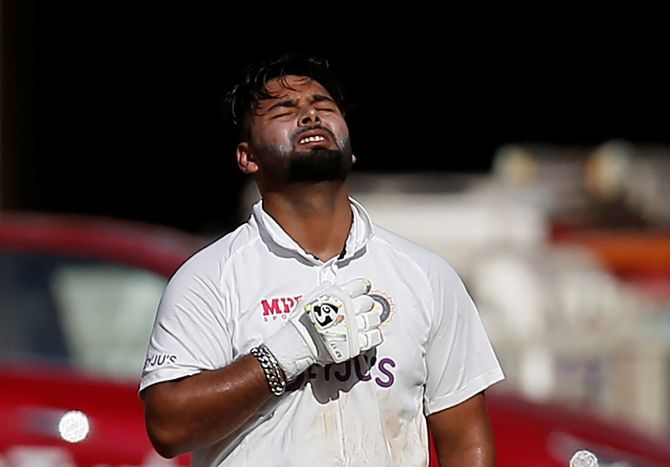 Shastri highlighted the adjustments Pant had to make in his batting when he was playing alongside Rohit Sharma as the two forged a partnership.

"It was a two phase innings. He built a partnership with Rohit playing against his nature - to do that is not easy - and to turn it on after 50. Keeping has been magnificent," he said.

Pant's potential was never in doubt but he struggled to do justice to his talent, often inviting criticism for his shoddy work behind the wickets and average batting show.

However, the Australia tour changed everything for him as he played match-winning knocks in India's historic victory. Since then he has only grown in confidence.