'You spoke of intensity. Where does the intensity come from? When you have a leader like that, who leads by example, the other guys jolly well follow. Otherwise they know what to expect. That's the beauty about this team on this trip where I feel proud as a coach about my boys and the intensity they showed' 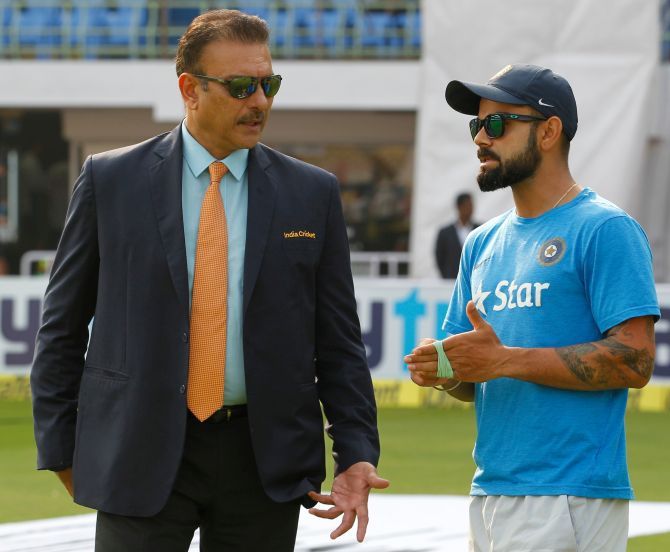 Kohli along with Joe Root, Kane Williamson and Steven Smith are considered to be the four top batsmen in world cricket but Shastri feels that the Indian skipper is in a league of his own.

Kohli finished with 558 runs including three centuries in the just-concluded ODI series against South Africa, which India won 5-1.

“It’s not just about averages, it is the way you get runs, when you get it, and the impact those runs have on what the team does. I would simply say he is the best batsman in the world now,” Shastri declared at the post series media interaction.

“You spoke of intensity. Where does the intensity come from? When you have a leader like that, who leads by example, the other guys jolly well follow. Otherwise they know what to expect. That's the beauty about this team on this trip where I feel proud as a coach about my boys and the intensity they showed,” the former India captain said.

The best part for Shastri was the comeback after being 0-2 down in the Test series.

“Even after being two-zero down in the Test series, for them to show that kind of character to come back and win that Test match in Johannesburg on a spiteful pitch. And to then take that momentum into the one-day series and show the consistency they have shown over the last two weeks is fabulous. 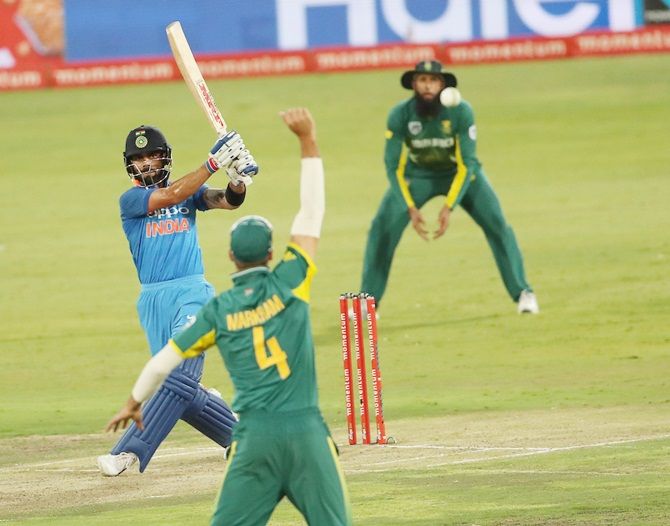 "Entire credit should go to the leader because he has led from the front, first with his batting and then as I said with his intensity, which makes other people in the team also up the ante,” he added.

The coach praised Kuldeep Yadav and Yuzvendra Chahal for their good show as India now have more wicket-taking options in the middle overs, something that they team lacked a couple of years earlier.

“Even in my last stint (as team director), Virat and I have always discussed that we need wickets in the middle overs. We’ve got to somehow be able to attack, find ways of breaking partnerships and not allowing the game to drift. So that was the idea, and then identifying the right kind of people to do the job. Luckily for us, Kuldeep and Chahal have complemented each other beautifully.

One of the biggest positives for Indian team has been the emergence of Jasprit Bumrah as a potent weapon across formats and Shastri acknowledged that.

“Bumrah is a world-class operator across all formats. And you know he’s s just shown on this tour and how quickly he has matured. You can’t imagine the first Test in Cape Town was his debut. You have seen him here today and he has gone through the three Test matches, he has gone through the six One-Day Internationals and he’s not let up even once, which augurs well for us. But yes, we have to look after our fast bowlers and make sure they are well rested as well,” he had a word of caution. IMAGE: The Indian team and support staff with the trophy after winning the series 5-1 on Friday. Photograph: BCCI/Twitter

The coach also seemed satisfied that India's World Cup preparation has been on the earnest.

“(In terms of World Cup preparation) Very good, because it is one step at a time. We have learnt some good habits on this trip. This is a young side and they have got a lot of tough tours coming up. I think they have conducted and handled themselves extremely well on this tour," Shstri said.

Shastri also rubbished theories that it was weak South African side that was on the park during the ODI side. South Africa missed Faf du Plessis during the last five games while AB de Villiers did not play in the first three games. Not to forget Quinton de Kock who was also ruled out after first three games, even though he was out of form.

”One thing history tells me, I have been coming here since 1992, there is not one South African side in the world that anyone can say is a weak side. You just look at their bilateral record and they are one of the great sides in bilateral cricket.

"I have followed this game for a long time. I have been a broadcaster as well and covered a lot of South Africa’s games and I know how they play. So I would like my boys to enjoy every bit of this series win. Whatever the score line is they must enjoy because it doesn’t happen every day,” Shastri said.