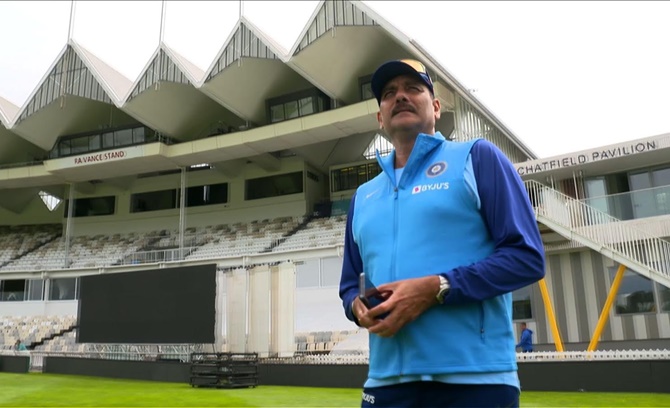 Ravi Shastri is not exactly an emotional man but even the 'khadoos' Mumbaikar in him couldn't help but become nostalgic as he entered the Basin Reserve ground where India will play a Test against New Zealand from Friday.

And why not? Friday, the 21st does hold a very special place in India coach's heart.

Exactly 39 summers back, a wide-eyed 19-year-old Shastri became India's 'Test Cap No 151' at the Basin Reserve on a cold windy day when the gangly six-footer had to wear three old fashioned cable knit sweaters. 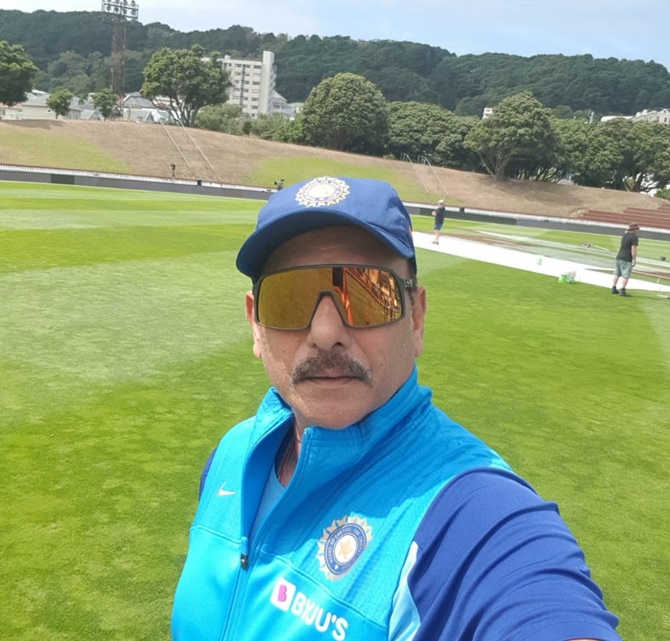 "It was 39 years. They say what goes around comes around. Tomorrow, Same day, same ground, same team and same city I made my Test match debut 39 years ago. Unreal," Shastri tweeted as he stood there looking at wooden benches and white grilled picket fence that have survived the test of time.

"The dressing room is still the same. No change," the head coach was seen telling people.

Incidentally, Shastri was flown to New Zealand on SOS basis after Dilip Doshi had got injured during the tour of Australia.

The 19 year-old was playing the Ranji Trophy quarter-final in Kanpur and according to a report published in Mid Day newspaper, Shastri got the news of his maiden national call-up from the gate-keeper of the guest house where the Mumbai team was put up.

For someone, whose experience of playing fast bowling at the domestic level was confined to military medium pace of Madan Lal, a gritty 19 coming in at No 10 wasn't all that bad.

But it was his left-arm spin that impressed one and all on a seaming track as he ended with figures of 3/54 and 3 for 9.

India lost that Test match by 62 runs but net gain was a gritty all-rounder, who served the national team for the next 11 years across 80 Tests and 150 ODIs.

Sitting in that old vBasin pavilion or taking a walk, the head coach would like his wards to change the script come Friday.