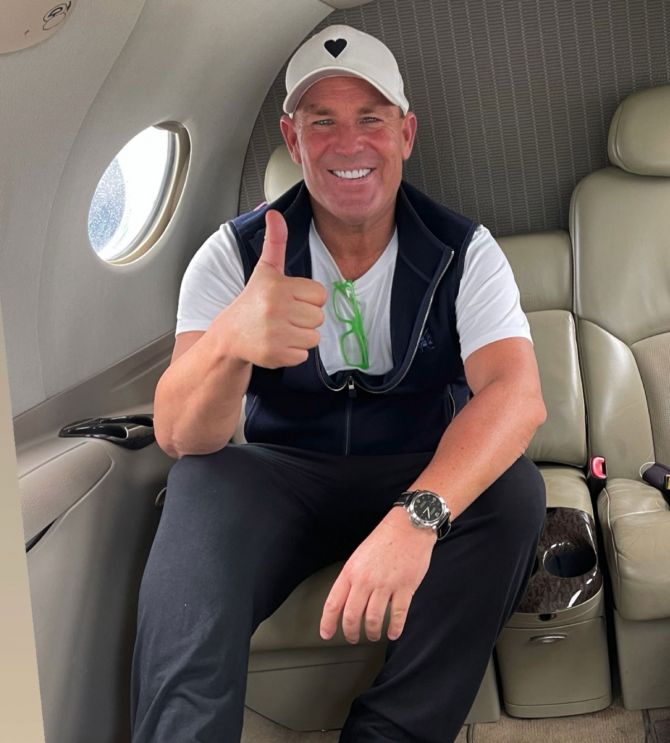 IMAGE: Shane Warne "fell off and slid for more than 15 metres" but he didn't sustain any major injury. Photograph: BCCI

Australia's spin legend Shane Warne has been left 'battered and bruised' after suffering a motorbike accident.

The 52-year-old met with an accident on Sunday while riding his bike with son Jackson.

According to reports in Australian media, Warne "fell off and slid for more than 15 metres" but he didn't sustain any major injury and visited the hospital on Monday as a precautionary measure.

"I'm a bit battered and bruised and very sore," Warne, who woke up in pain this morning, told News Corp.

The former leg-spinner feared he might have suffered a fracture in his foot or damaged his hip.

Warne is likely to recover in time for his broadcasting duties for the Ashes series, starting on December 8 at the Gabba in Brisbane.