Delhi registered their third successive victory in the Syed Mushtaq Ali Trophy, beating Jammu and Kashmir by 17 runs, despite another failure by Virender Sehwag.

With 12 points from three matches, Delhi are through to the knock-out round of the competition that will be held in Ranchi.

Batting first, Delhi scored 133 for six and then restricted Jammu and Kashmir to 116 for nine in the stipulated 20 overs. 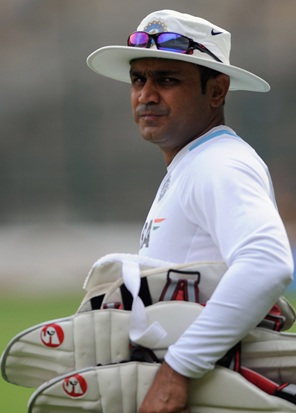 Opting to bat at the Teri Oval, Sehwag (4) lasted only three balls as young off-spinner Parveez Rasool had him caught by Ahmed Bandy.

Unmukt Chand (23) smashed four boundaries but lost another senior partner in Puneet Bisht (10), who hit a huge six but got out trying to heave left-arm spinner Raman Datta.

Dutta's arm ball then accounted for Unmukt as Delhi were reduced 48 for four within eight overs.

At this stage, left-hander Jagrit Anand (34, 38 balls) and Milind Kumar (40, 31 balls) added 69 runs to steady the ship before the latter got out trying to cut Rasool.

Jammu and Kashmir lost out on the chase once Rasool (26) was holed out in the deep by Parvinder Awana off left-arm spinner Manan Sharma.

Even though Bandeep Singh (32) used the long handle during his 23-ball knock, Jammu and Kashmir managed only 116 for nine.

Bhatia was the most successful bowler, with figures of three for 26, while Parvinder Awana and Vikas Tokas got two wickets each. 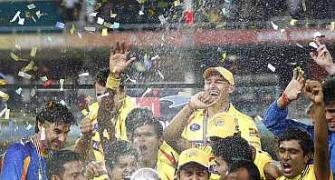 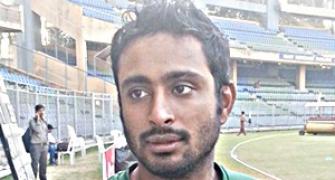 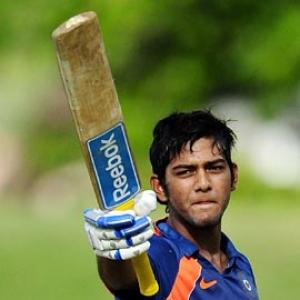