'Felt like a long time away but just as I took the stance felt as it was yesterday.' 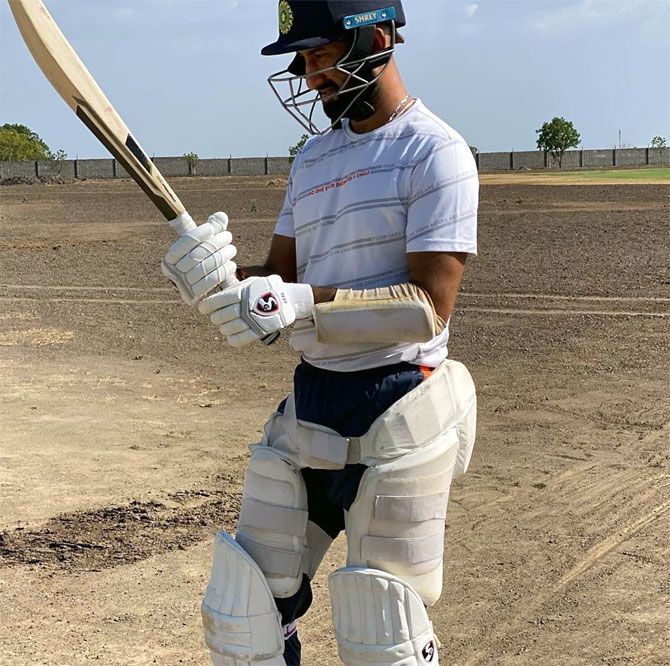 India's Test specialist Cheteshwar Pujara hit the nets after more than three months as he resumed his cricket training along with his Saurashtra team mates in Rajkot.

"Back at it...felt like a long time away but just as I took the stance felt as it was yesterday," said Pujara on Instagram on Monday.

Captain Jaydev Unadakat, who led Saurashtra to their maiden Ranji Trophy, is also part of the training session along with his other team mates batsman Arpit Vasavada and medium pacer Prerak Mankad at Pujara's academy, located in the outskirts of Rajkot.

"It has been close to 10 days now. Though we were working on our fitness during the lockdown, there is no substitute to hitting the nets and it feels great. We are following all the government guidelines while practising," Vasavada, man of the match in the Ranji Trophy final against Bengal, said on Monday.

Compared to the bigger cities in India, the COVID-19 infection count in Rajkot is on the lower side with 185 cases reported so far. 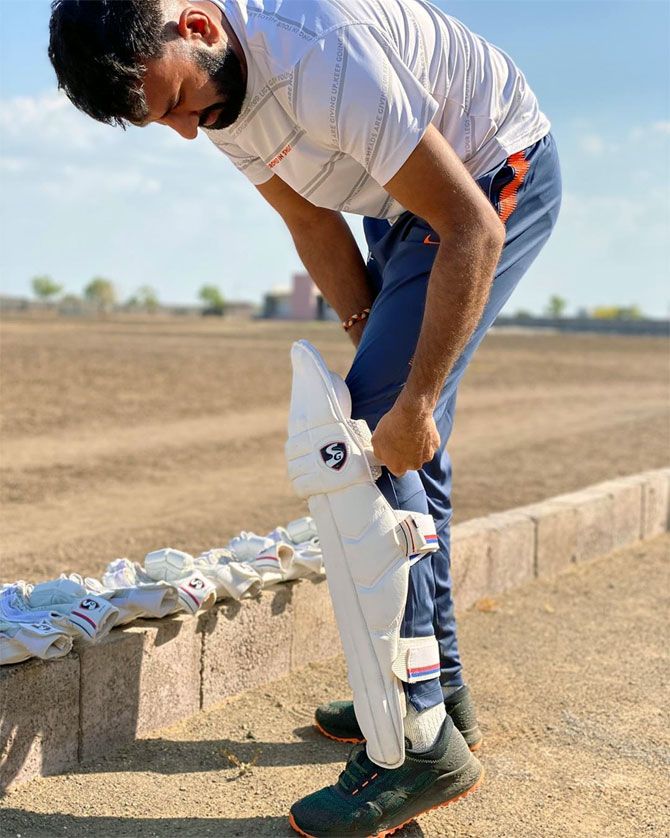 With the International Cricket Council banning the use of saliva post-coronavirus, left-arm pacer Unadkat is practicing to get used to the new regulation.

"JD bhai (Unadkat) also joined us recently and is gradually increasing his time in the nets just like all of us. He is bowling without using saliva on the ball (recently banned by the ICC)," said Vasavada.

"As for us (Pujara and I), we started with batting sessions of 10-15 minutes and plan to increase the intensity gradually. We have also some net bowlers who are based out of Rajkot.

"Initially, you need some time to get your reflexes back but now batting feels normal," he added.

The Indian domestic cricket season was scheduled to begin in August but that looks unlikely at this stage considering the spread of the coronavirus pandemic. The 13th edition of the Indian Premier League was postponed indefinitely due to the virus outbreak.

The BCCI is planning to organise a six-week camp for it's top cricketers next month. The BCCI is waiting for a safe time and venue for the camp after third week of July. In case it's not possible, players will probably go in for their respective IPL camps later during the year.

Pujara's next assignment for India is likely to be the tour of Australia in December this year, where the visitors are scheduled to play a four-Test series.