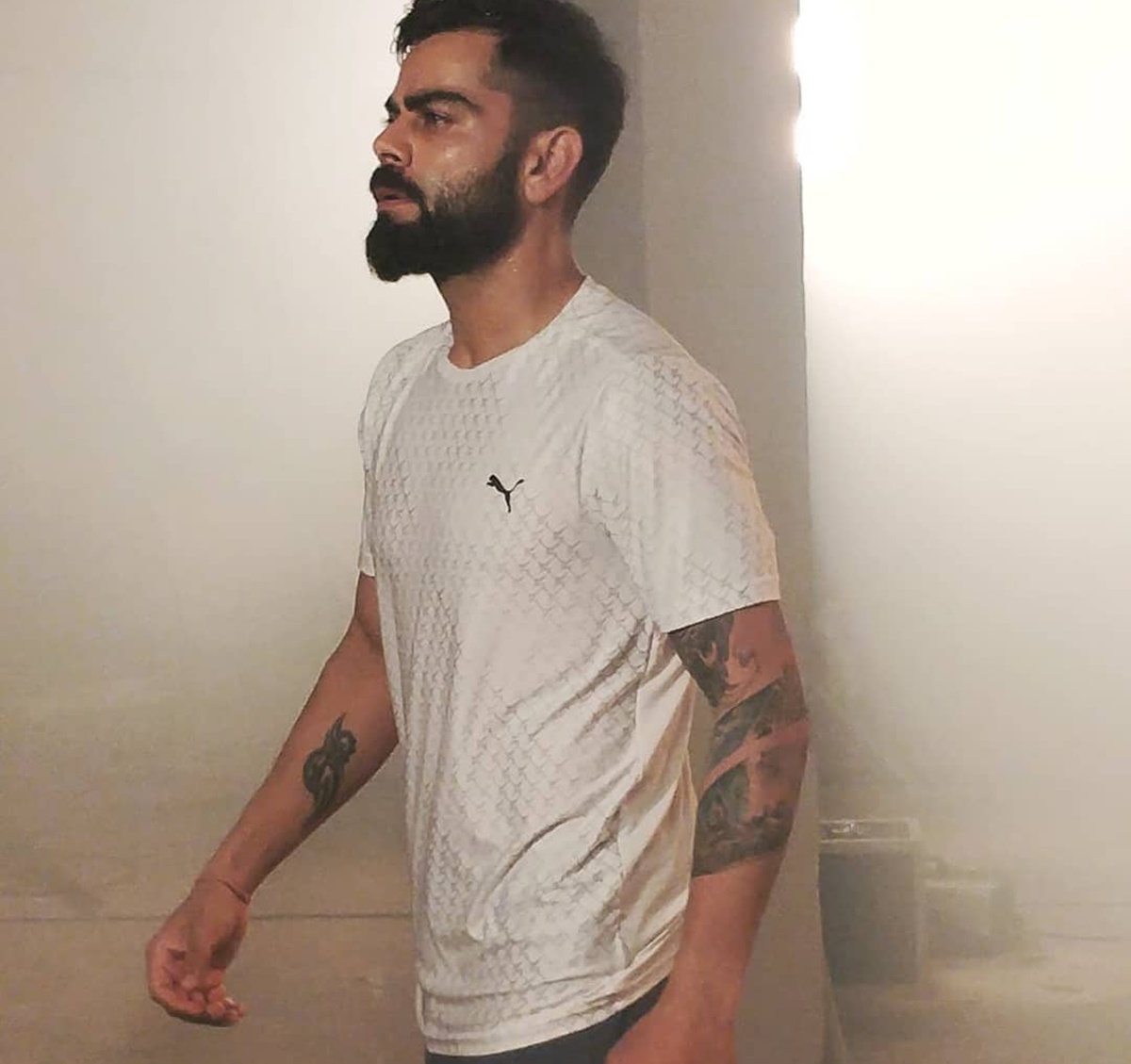 Basu Shanker, the man responsible for the fitness transformation of the national team, feels India and RCB skipper Virat Kohli has returned from the long break an even fitter athlete after working on "specific physical pointers" that needed attention.

Kohli was stuck in Mumbai for five months due to the coronavirus-enforced lockdown and had his first proper hit in the nets only after his arrival in the UAE for the Indian Premier League, beginning September 19.

However, he ensured during the break that his supreme fitness level was not impacted and, in fact, it helped him skill-wise on his return to action even though he was 'scared' to hit the nets.

"He (Kohli) has come back in much better shape. He is at his best weight at the moment and his movement patterns are pretty much in sync with his best self in the past," former India trainer Basu, who is now the strength and conditioning coach of Royal Challengers Bangalore, said from Dubai.

"He has taken this break as an opportunity to work on all the pointers which needed attention from a physical point. I guess his motto to life is 'Bear the cross and wear the crown'," said the man who worked with the Indian team between 2015 to 2019.

He has worked extensively with Kohli, both at RCB and during his time with the Indian team.

Basu said Kohli was able to work on things which an international cricketer finds it difficult to do in a packed calendar.

"He had the time to be very specific with his meal plans and running intervals at home. He did not have much of a choice during the lockdown and he invested on a treadmill and worked on his endurance which is otherwise not possible during a packed calendar."

"For ground reaction forces every now and then, he did shuttle running in his apartment which had a little space. With all these constraints the attitude stood out more than the workout."

"Apart from that, his customised strength work to compliment that was his mantra during the lockout. So a combination of running and strength work and he kept it simple by just following this to the T," said Basu.

The RCB squad has been training for a week now and Basu said it is only a matter of time before the players are match ready.

"Since most of them have arrived in decent shape physically it's only a matter of time they are match ready."

"With regards to assessing a player's fitness - most of the workouts are a test in itself. As a coach, we have to be prudent that they tick the right boxes and drills which can be an assessment."

"The coaching director (Mike Hesson) and the head coach (Simon Katich) and the entire support group are aware of a long layoff and ergo the planning with regards to the length of practice times, humidity, temperature, and recovery is something we have worked as a team."

"There is no fool proof algorithm for it but a sensible approach is what we are treading on."

All teams are gradually increasing the intensity of the practice sessions as players and especially fast bowlers are more prone to injuries coming back after probably the longest break in their careers.

Basu said the pacers' workload will be carefully monitored over the course of the IPL.

"Our bowling coach (Adam Griffith) has come with a specific plan pertaining to loads in the first 2 weeks and that will be used as a blueprint."

"The players have done a lot of fitness work and complimenting the skills and choosing the right exercises to get the balance will provide the much-needed impetus for every bowler."

"Almost everyone had access to the gym (at least in the home setting), so that will not worry us at all," he said.

The players are getting accustomed to the extreme hot conditions in the UAE and proper recovery and diet will go a long way in keeping them in top shape over the course of the 53-day long tournament.

"The modern cricketers are very mindful of their meal plans. Hydration, balanced amount of protein, carbs, and good fat will do the trick and to combat the heat - again we have our wellness and load monitoring system which will be put to good use," said Basu when asked about the recommended diet plan in the prevailing conditions.

With uncertainty looming large amid the lockdown, Basu remained in touch with the RCB players after providing them a customised fitness program.

"We were not sure about anything then. We just ensured that everybody had a customized program based on what equipment they had at their respective homes and kudos to the boys they approached it diligently," he added.