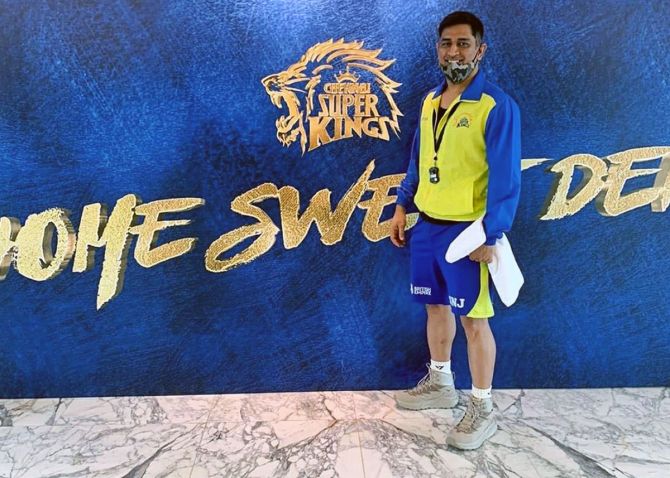 Chennai Super Kings began preparations for the IPL with the first training session in Dubai on Friday.

The three-time IPL champions were unable to train since landing in the UAE on August 21. After they served the mandatory six-day quarantine period, 13 members of the CSK squad, including two players, tested positive for COVID-19 forcing them to spend another week in isolation.

Captain Mahendra Singh Dhoni was a happy man as the CSK squad left their hotel for training -- barring Deepak Chahar and Ruturaj Gaikwad, both of whom tested positive.

'Our Lion King's all set for Day 1... with a smile that fuels broken hearts! #WhistlePodu #HomeSweetDen,' CSK captioned the picture of their beloved captain also known as 'Thala'.

Dhoni was in the thick of action immediately as he worked on his wicket-keeping skills in the nets.

Ravindra Jadeja seemed content being part of a good practice session after ages. 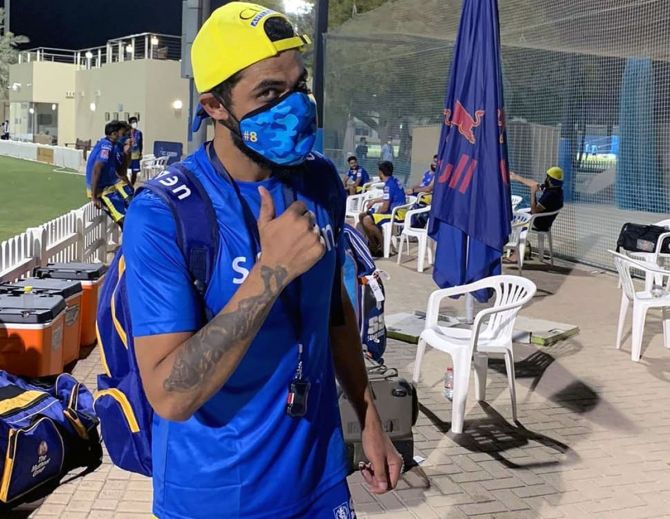 CSK will be without veterans Suresh Raina and Harbhajan Singh after both players opted out of the IPL.

CSK take on champions Mumbai Indians in the opening game on September 19.