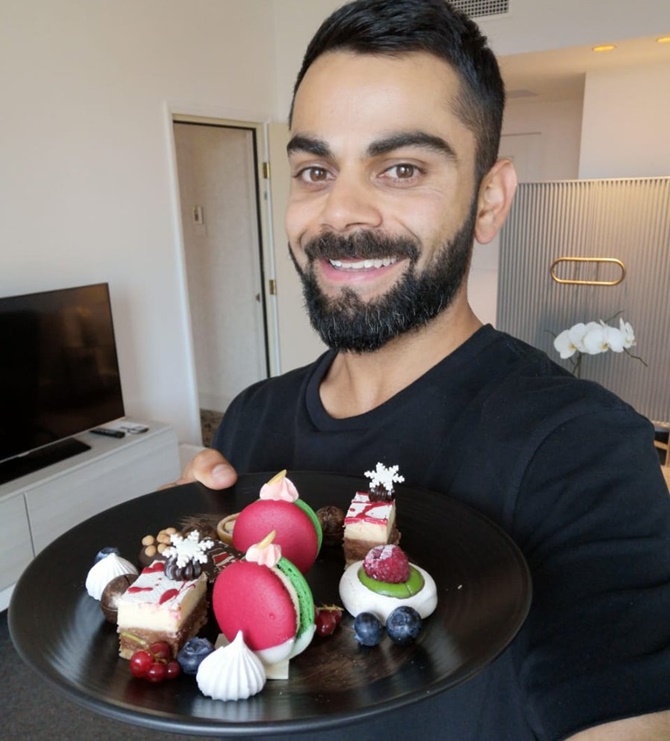 The head of an agri science centre in Madhya Pradesh wants Indian cricket captain Virat Kohli to stop eating grilled chicken and switch over to the 'Kadaknath' chicken, rich in iron and whose meat and blood are black.

In a letter to the Board of Control for Cricket in India (BCCI) and Kohli, Jhabua-based Krishi Vigyan Kendra's senior scientist and head Dr I S Tomar said 'Kadaknath' has low cholesterol and high protein and iron content, and suggested the cricketer to switch over to this chicken breed.

In a chat show, Kohli had said he prefers grilled chicken and mashed potatoes for lunch.

He is currently in Australia, playing the fourth and last Test match of the series in Sydney, which India lead 2-1.

India won the last Test in Melbourne by a convincing 137-run margin.

Kadaknath chicken breed is unique for its black colour due to its black-feathers. Its black colour stems from the deposition of melanin pigment. Its black meat is believed to have medicinal properties. This breed is native to tribal districts of Jhabua, Alirajpur and Dhar in Madhya Pradesh.

"It has come to light through media that Virat Kohli and other members of Indian cricket team are eating grilled chicken in their diet. But due to higher level of cholesterol and fat in it (grilled chicken), the team has stopped taking it and adopted a vegan diet," Tomar said in the letter.

"The Krishi Vigyan Kendra at Jhabua wants to suggest to Kohli and BCCI that the Kadaknath chicken meat has very low cholesterol and fat and has higher protein and iron content," he said. He cited a report by the Hyderabad-based National Research Centre on Meat to substantiate his claim.

Kadaknath has just about one per cent fat, as against 5 to 6 per cent found in other chicken breeds, he said. Tomar claimed that the Kadaknath meat is also helpful for people suffering from respiratory problems.