Sarfaraz distributes food packets to migrant workers in UP 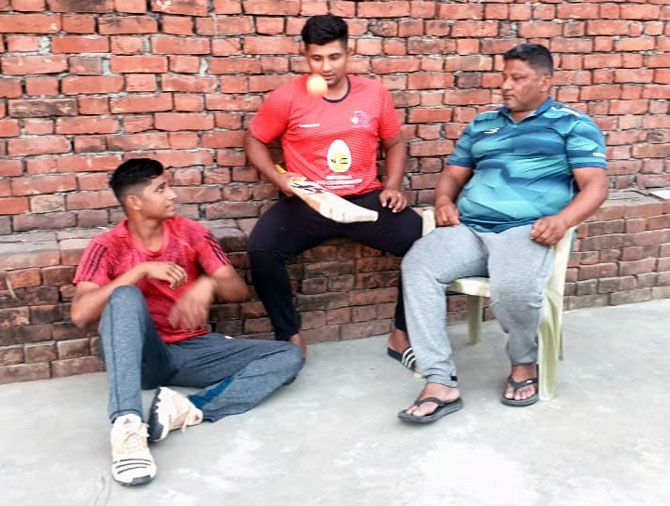 Sarfaraz, his younger brother Mushir and his father-cum-coach Naushad have been distributing food packets to migrant workers, in their native village in Uttar Pradesh, who are travelling back to their respective homes.

Sarfaraz, who plays for Mumbai in the domestic circuit, is stuck in his native village in Azamgarh district of UP.

"When we used to go to the market, we use to see scores of people travelling on the roads. And hence we decide to help them. It was my father's idea to help the migrant workers," Sarfaraz said.

He said that local boys from the village are also helping him and his family in their endeavour.

His father Naushad said that they were able to distribute around 1,000 food packets so far. Each packet has an apple, banana, cake, biscuits and a water bottle.

Sarfaraz has represented India at the Under-19 level and has been a regular name in the Indian Premier League.

Having a father, who doubles up as his coach, has proved beneficial for Sarfaraz during the lockdown.

Naushad has ensured that Sarfaraz doesn't lose touch with his game and has devised unique methods to enable him to practice his batting on the terrace of their village home.

You can practice cricket on a open terrace. All you need is a couple of blankets and a rope, says Naushad.

Sarfaraz gets a good workout as Naushad gives him throwdowns to practice his drives and the pull shots with a soft ball. He also undergoes a strenuous fielding session using the terrace wall.

"I am practicing my batting daily," says Sarfaraz. "I work on my fitness doing drills on the stairs. It is very hot during the day in UP so we rest in the afternoon, then start practicing again in the evening."

"People who have small houses can practice their batting indoors as you can see in the video. People can also play their shots inside their houses using blankets," he adds.

"Cricket is a game where if you come back after a gap, then it is not easy to perform immediately," the young cricketer explains.