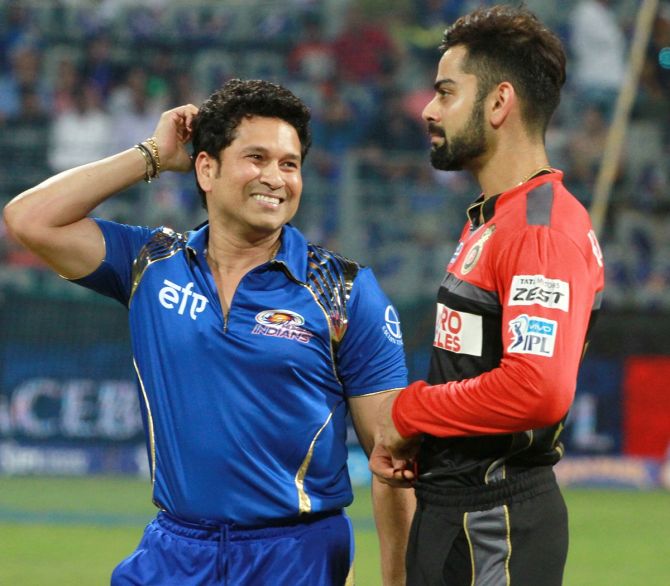 India's batting legend Sachin Tendulkar and Virat Kohli are two names almost everyone in India knows. The accomplishments and batting brilliance of the two have cemented their legacy.

When Tendulkar was nearing the end of his magnificent career, fans wondered how will Indian cricket cope without their talisman. But up stepped young Virat Kohli. The right-handed batsman has not only successfully carried on the legacy of the Master Blaster but is even poised to break his records in international cricket.

However, there was a time when Kohli was pranked by his teammates when he was a youngster. In an earlier interview, Kohli had revealed that Yuvraj Singh, Munaf Patel, and Irfan Pathan had told him that young players at the start of their career had to touch Tendulkar's feet to seek his blessings.

Tendulkar recalled that moment on a Youtube shown called Legends With Unacademy. Here is what Tendulkar had to say about his first interaction with Kohli.

"I didn't know what was happening. I asked him 'what are you doing?'. Told him that there was no need for this and such things don't happen. Then he got up and we looked at those guys, they started laughing," Tendulkar recalled.