Not undermining Sachin Tendulkar's rich contribution to the game of cricket, Pakistani cricketing legend-turned politician Imran Khan today said he always rates Sunil Gavaskar above any batsman in the world. 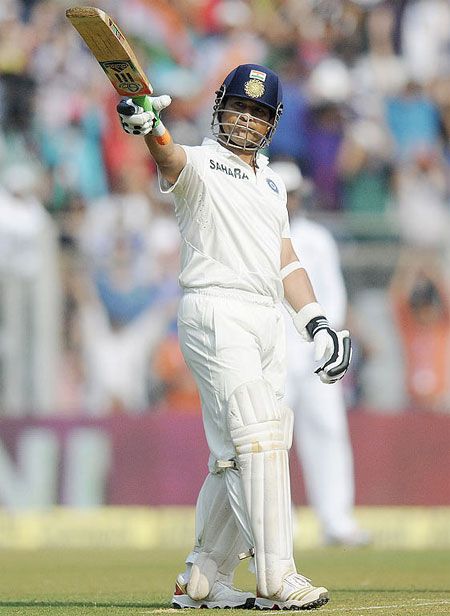 "Sachin never played an innings like Gavaskar did. Look, Gavaskar faced a West Indies attack that had four world class fast bowlers. His record does not tell his actual contribution. I always felt sorry for him when he, alone, used to face a range of fast bowlers when there were none in his own country before Kapil Dev arrived on the scene," Imran said at Agenda Aajtak when asked to compare the two greats.

"Sunny played in an era when Dennis Lillee, arguably the best fast bowler, played. Zaheer's (Abbas) timing was impeccable. Majid (Khan) was also the best at his peak and then there was Javed (Miandad). But I do not want to undermine Sachin's achievements and believe comparing players from different eras is not fair," he added.

"Don't underestimate Abdul Qadir. Qadir bowled at a time when no leg-spinner got an LBW on the front foot. Shane Warne got so many LBWs on the front foot. So imagine the number of wickets Qadir would have had if he would have played in today's times," Imran said when Kapil Dev, who was sharing the stage with him, named Anil Kumble as a spinner in their all-time XI, which they were asked to select.

Imran though lavished praise on Kapil and said, "When Kapil arrived, I saw a bowler bowl a bouncer for the first time and that was an exhibition match. He was also a flamboyant batsman and a genuine all-rounder".

Imran named Mahendra Singh Dhoni as a wicketkeeper in the all-time XI and talked about his strength's as a player.

"Dhoni is a player you can count on in tough times," he said.

His on-field love-hate relationship with teammate Javed Miandad was an open secret, but Imran had good words about the fighter.

"Javed fought till the last ball. That was his strength. So I considered his strengths and weaknesses, which all of us have, and utilised them. He was a great asset to have," Imran said.

Image: Sachin Tendulkar celebrates after scoring his half century