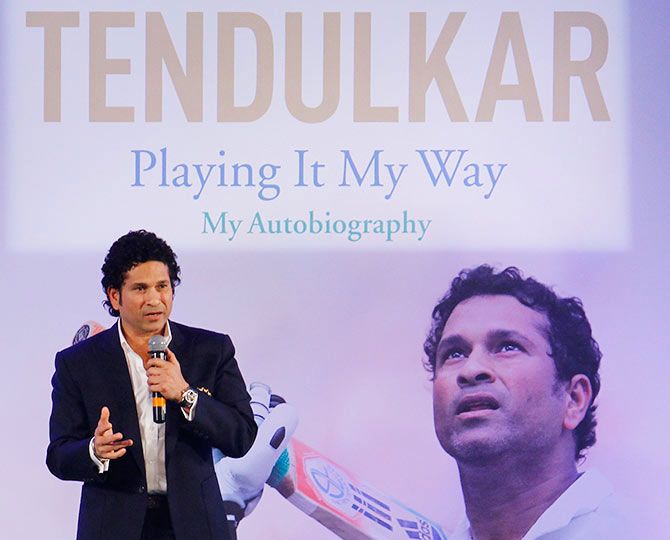 IMAGE: Sachin Tendulkar at the launch of his autobiography in Mumbai. Photograph: Hitesh Harisinghani/Rediff.com

He might have bid adieu to cricket but Sachin Tendulkar continues to make records with his autobiography Playing It My Way entering the Limca Book of Records for being the best-selling adult hardback across both fiction and non-fiction categories.

The book, published by Hachette India, was released in November 2014 and has broken all records for an adult hardback across both fiction and non-fiction categories with 1,50,289 copies confirmed on order subscriptions.

The book's orders, on day one, already saw it pulling ahead of both pre-order and lifetime sales of the world's top adult hardbacks Dan Brown's Inferno, Walter Issacson's Steve Jobs and JK Rowling's Casual Vacancy.

Boria Majumdar was the co-author of Tendulkar's autobiography. It also holds the record in retail value terms having logged up Rs 13.51 crore with its cover price being Rs 899. 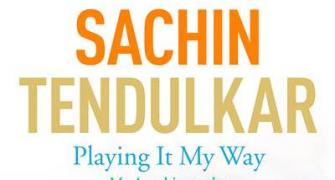 Tendulkar's remarkable story in his own words! 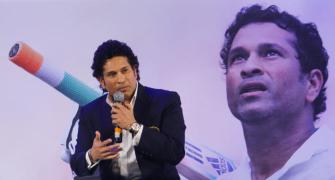