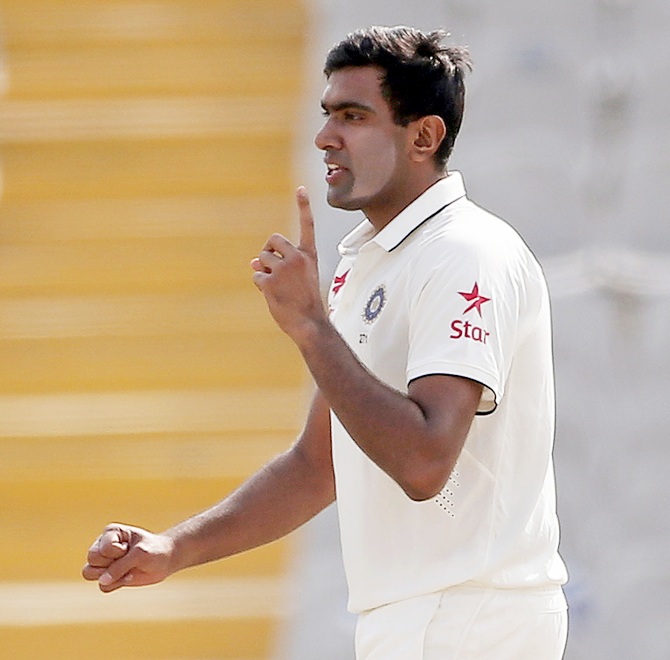 Ravichandran Ashwin and Rodney Hogg were engaged in a war of words with the former Australian pacer saying that the Indian spinner was successful against South Africa mainly due to the spin-friendly wickets during the Test series.

India Team is leading the four-Test series 2-0, courtesy a whopping 47 wickets out of 50 claimed by the spin trio of Ashwin, Ravindra Jadeja and Amit Mishra during the three Tests which came under flak because of spin-friendly wickets.

Ashwin was the highest wicket-taker, snapping 24 wickets as India won the first and third Tests in Mohali and Nagpur respectively, both of which finished within three days.

The second Test in Bengaluru saw 12 wickets fall on the opening day before heavy rain washed out the match. Indian team management's decision to prepare rank turners came under flak with former cricketers such as England Michael Vaughan and Australia's Matthew Hayden criticising the move.

Hogg too joined the chorus. "@ICC @ashwinravi99 @BCCI Ashwin have a look in the mirror and ask yourself were the recent wickets a bit too spinner friendly," he wrote on his twitter handle on Monday.

Ashwin on Tuesday hit out, saying that Hogg also owe his success in their own country to favourable home conditions.

"@RMHogg @ICC @BCCI sure,let's just share the same mirror or should I order two??" the Chennai lad wrote on Twitter.

Interestingly, the ICC on Tuesday rated the track at Nagpur which hosted the third cricket Test as "poor", triggering a review of the performance of the pitch under the ICC Pitch Monitoring Process.